Despite Chevrolet's edge at WGI, Rahal still believes he can challenge 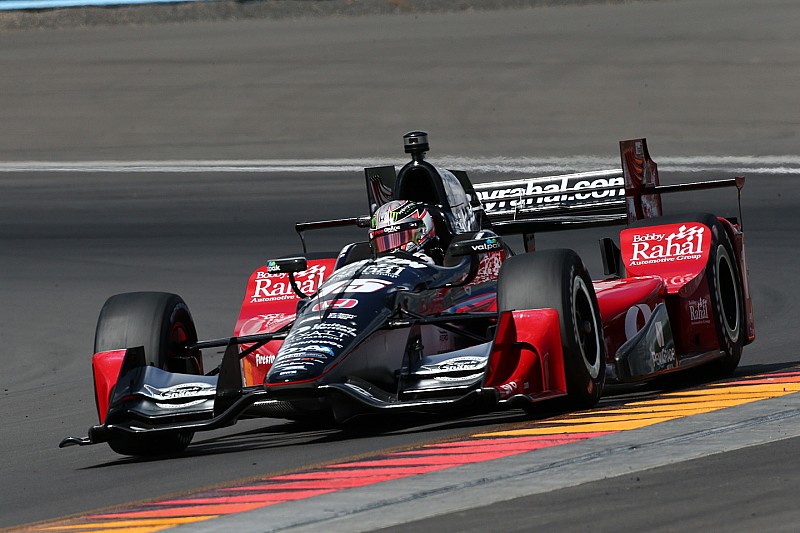 Graham Rahal comes to Watkins Glen International fresh off a stunning victory at Texas Motor Speedway as he hopes to go back-to-back.

Rahal led just one lap in the Firestone 600, but it was the most important one, edging James Hinchcliffe by just 0.008 at the finish line. It was his first win of the 2016 season and fourth of his career.

"It was nice to win and to get it off our back for this season. And to win at Texas meant a lot. It’s been hard to tame that one. Obviously I had my chance there in 2012 and our friend Justin (Wilson) got it. It was nice to go back and just finally get that one checked off the list. It’s been a love-hate relationship with that track."

The win certainly did not come easy. After a rash of accidents, the race came down to a mad dash for the flag. After some intense three and four-wide action that even involved some contact, Rahal was relieved everyone came out of the chaotic battle unscathed.

"The last nine laps there were as thrilling racing as you’re ever going to get. It’s more thrilling than I’d really like to see, but it was fun. In that moment, you’re loving it when you’re battling wheel-to-wheel.

"Glad everybody came out in one piece."

But now, the focus turns to WGI with IndyCar returning to the famed road course for the first time in six years.

"It’s great to be here in Watkins Glen. I absolutely love it up here. It’s nice to be back, for sure. I hope this is something we can really build for the future."

In a Chevrolet-dominated opening practice session, Rahal was the quickest Honda in fifth. With its long straights, fast corners and high top speeds, Watkins Glen plays into the favor of the bowtie teams such as Penske and Ganassi. And although they should have a natural aerodynamic edge over Andretti, RLL and Schmidt, that's not stopping Graham from thinking he can win.

In Friday's press conference, he cited his stellar road course record this season as part of the reasoning behind his confidence. He comes here with finishes of 2nd, 4th, 3rd and 4th at the four road course races run so far.

At Road America, a track that favored Chevy teams for the same reasons WGI does, Rahal finished 3rd behind Penske drivers Will Power and Simon Pagenaud.

"We have to overcome a little bit, just like Road America. But I really do think that of any of the Hondas that can compete, it should be us. And we are going to push awfully hard to make that happen." Later adding, "It was really good for us to have the pace we did this morning."

Explaining why he is so quick despite the obvious disadvantage, Rahal said, "What allows me to be quick is that I’m confident in what I have. I know what I’m going to have and I can push it really hard. I just feel like the car that my guys have given me has allowed me to drive that much harder, giving me the confidence to push.

"When we go to a road course, I know we are one of the cars to beat and I drive that way."

Watkins Glen officials have been continuously praised this year for a job well done on the repave and this weekend is no different. Rahal claims it is the "smoothest" surface on the schedule, ovals included.

"With the repave, it takes a level of commitment at every corner that is, as far as road courses are concerned, unparalleled. Road America would be the only place ... It’s going to be a physical race."

The battle for third

By capturing the checked flag last week, Rahal has thrown himself into the middle of an insanely close battle for third in the championship standings. Tony Kanaan holds it, but there's only 22 points between him and Rahal, who is all the way down in seventh. Between them are Helio Castroneves, Josef Newgarden and Scott Dixon.

With two races left in the 2016 season, the pressure of winning is gone, but the pressure to secure third in points has been pushed to the forefront of his mind.

"I think a little bit the pressure's kind of off (since) we won a race. On the flipside of the coin, the pressure is on. You look at points. I'm only 22 out of third. If you look at the season we've had, it's pretty impressive that we're that close."