BorgWarner has presented Helio Castroneves with his latest Baby Borg Trophy in honor of his fourth Indy 500 victory, while Jim Meyer and Michael Shank also received their Team Owner’s Trophies.

BorgWarner presented the coveted BorgWarner Championship Driver's Trophy to Castroneves in a ceremony at Binkley's Kitchen & Bar in Indianapolis. The Trophy, nicknamed the ‘Baby Borg’, is a 19-inch miniature version of the iconic, 110lb sterling silver Borg-Warner Trophy with the winning driver’s sculpture on it.

The Baby Borg rests on a wooden base and is inscribed with the winner’s name, team name, average speed for 500 miles and year of his win. 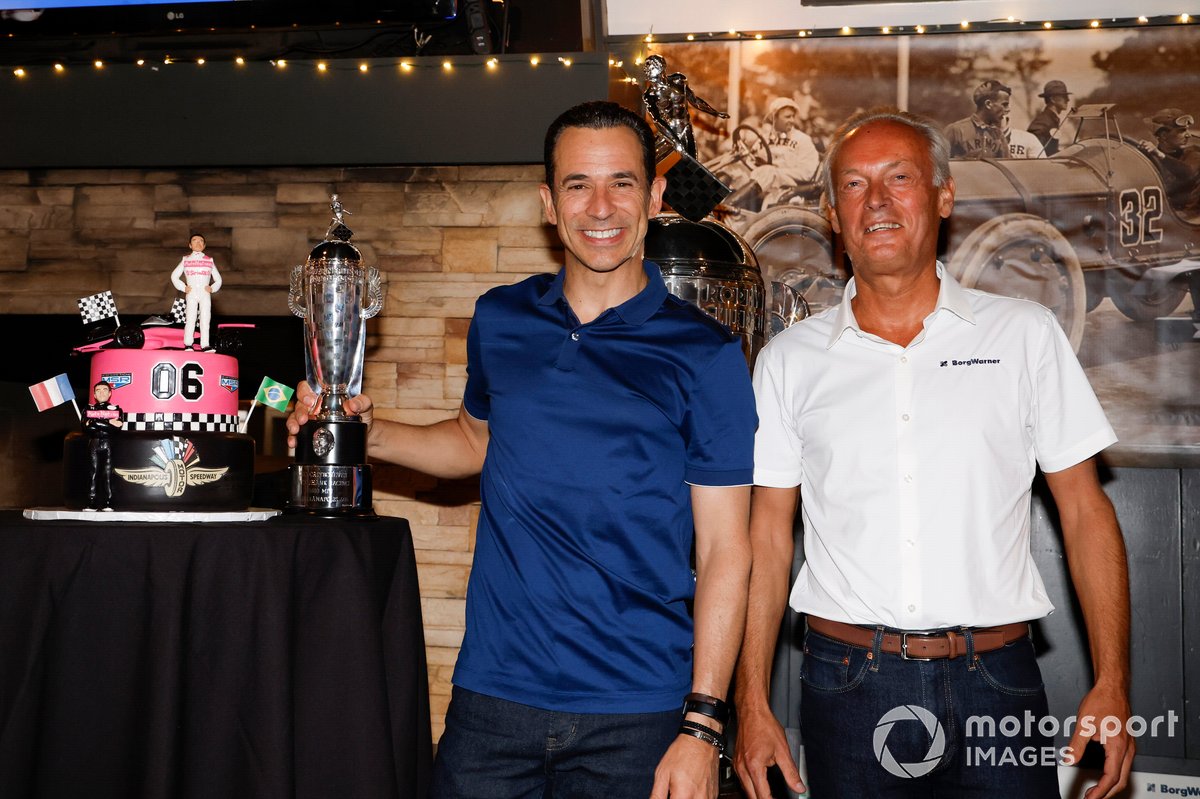 The fourth addition of Castroneves’ likeness on the Borg-Warner Trophy – crafted by William Behrends – was unveiled during a ceremony that took place in March at the Indiana Statehouse in downtown Indianapolis.

Castroneves’ most recent Indy 500 visage made him the 108th face on the Borg-Warner Trophy, which was commissioned in 1935 and sports the faces of every Indy 500 winner.

In addition to Castroneves, his team owners, Michael Shank and Jim Meyer of Meyer Shank Racing, also received the Championship Team Owner's Trophy, and it was of even greater significance because it was their first ever IndyCar win, and their first race with Castroneves. 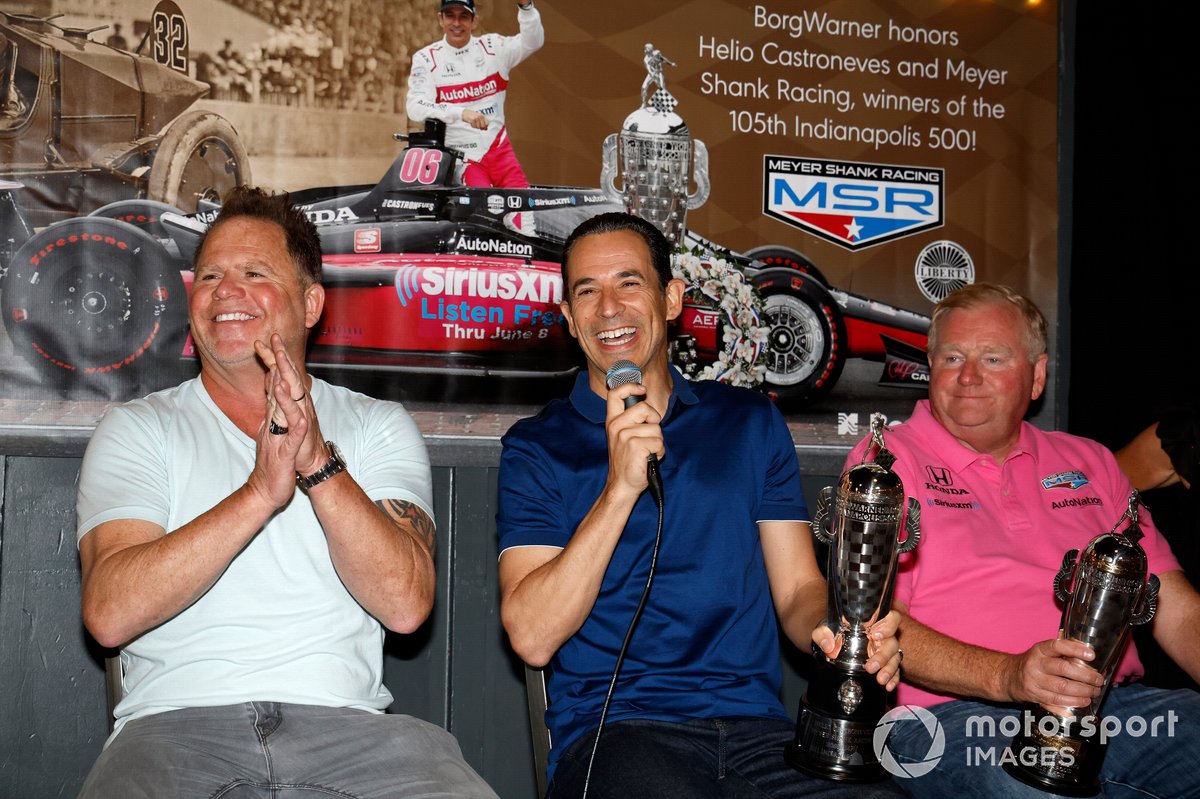 “Presenting the Baby Borg and Championship Team Owner's Trophy is always a momentous occasion,” said Frédéric Lissalde, president and CEO, BorgWarner. “While the driver’s legacy and Borg-Warner Trophy lives on forever, permanently on display at the Indianapolis Motor Speedway Museum, the replica trophies are personal keepsakes that can be enjoyed by those that earn them for years to come.”

The Baby Borg was first created in 1988, with the Championship Team Owner’s Trophy established 10 years later. Castroneves’ victories came in 2001 (as a rookie), 2002, 2009 – all three of which were for Team Penske – and 2021 with MSR. His latest success meant he joined the “four-time winners’ club” along with A.J. Foyt, Al Unser and Rick Mears.

“Winning the Indianapolis 500 and seeing the Borg-Warner Trophy in Victory Circle is one of the most amazing feelings as a driver,” said Castroneves. “I am incredibly proud to have my face permanently on the trophy four times and am thrilled to be presented with the 2021 Baby Borg. 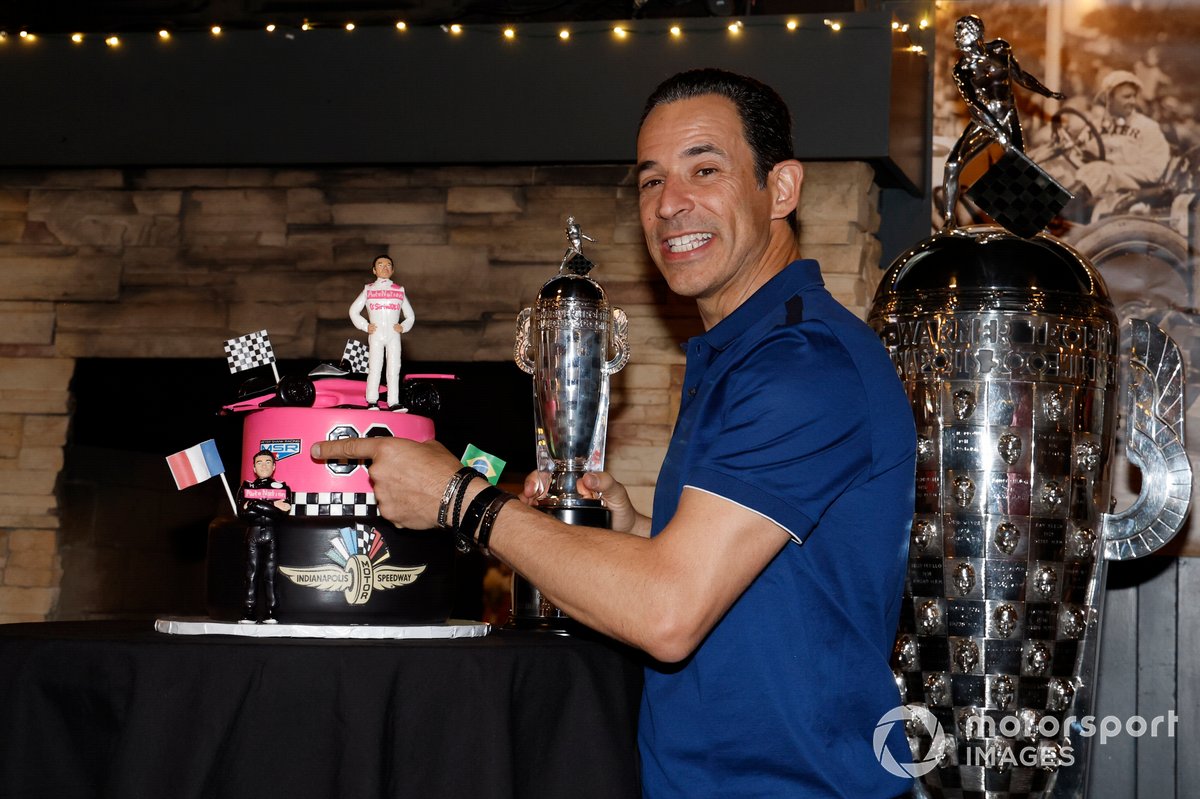 “It's a reminder of the significant milestone I achieved in last year’s Indy 500 – joining A.J., Al and Rick. I’m looking forward to another exciting race and hope to meet the BorgWarner team in Victory Circle again!”

“We could not be more proud of Helio and his successful career as a driver,” added Shank. “He not only has won the biggest race in history four times, but he also gave me and everyone at Meyer Shank Racing our very first IndyCar win - it's something that we will remember forever.

“His performances over the years have given him the recognition as one of the greatest drivers in history and we’re very proud to have him as a member of Meyer Shank Racing.

“Thank you BorgWarner for helping us commemorate our 2021 Indianapolis 500 win and including us in the Baby Borg presentation. We will always treasure our Baby Borg and we already have a very special place for it in our trophy case in the shop.”

Since that triumph, Castroneves has also been a crucial part of Meyer Shank Racing’s winning line-up in the Rolex 24 Hours at Daytona this year, along with Oliver Jarvis, Tom Blomqvist and Simon Pagenaud.

If Castroneves wins this year’s Indy 500 race, not only would he become the only five-time Indy winner in history, he would also be the recipient of BorgWarner’s rolling jackpot, destined for the next back-to-back Indy 500 winner which this year is worth $400,000. 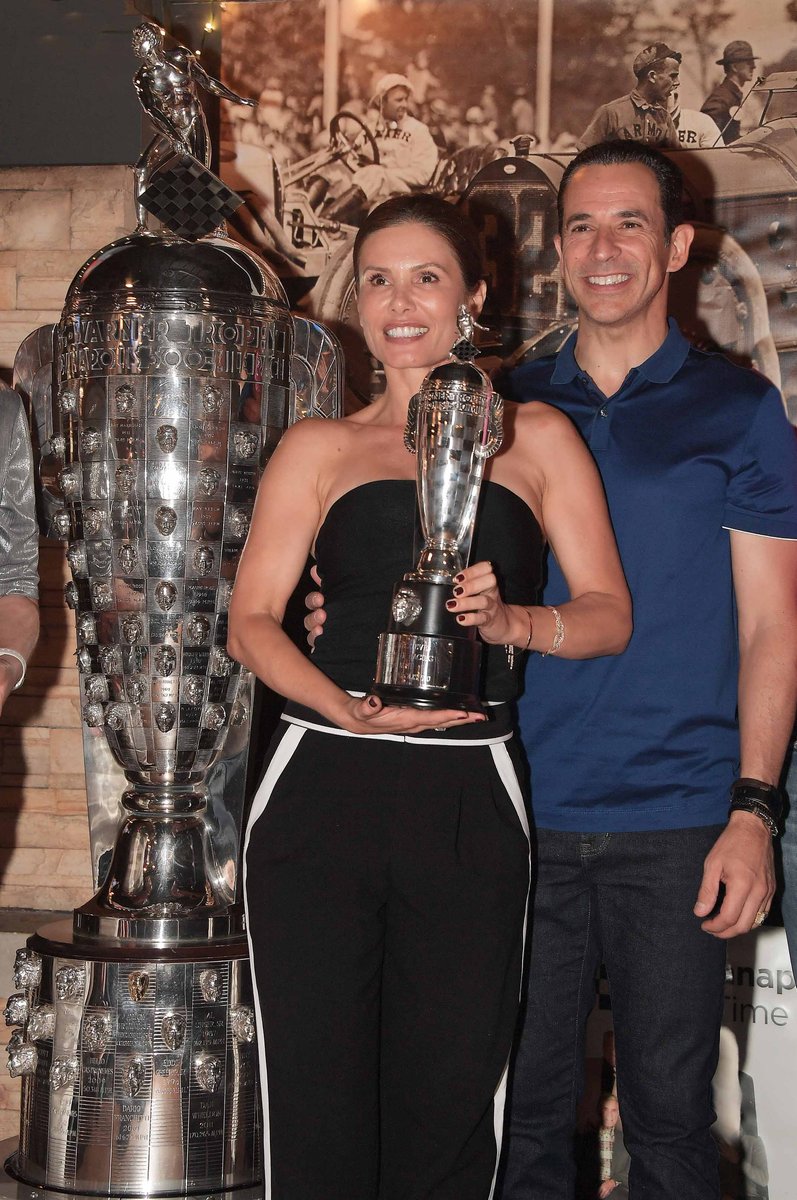 De Vries: IndyCar is an “option” but focus on Europe for now

Scott Dixon said his 53rd IndyCar victory was a credit to his team, after repairing damage in the early stages of the race.