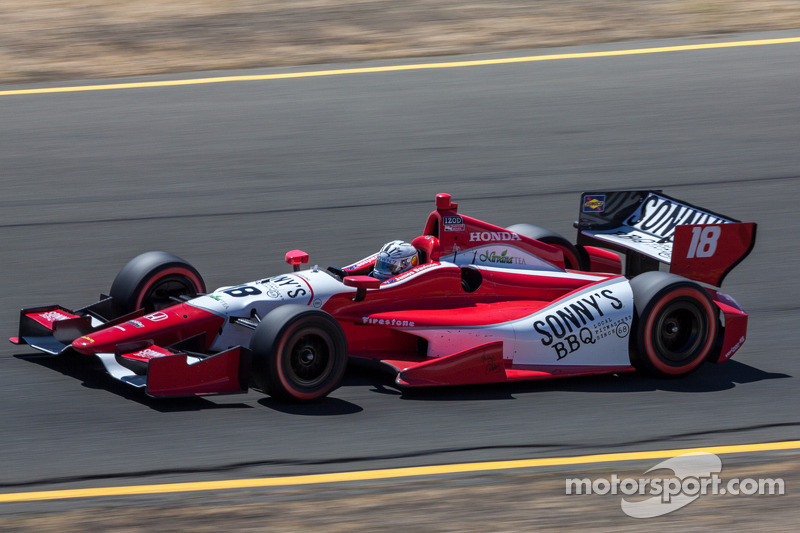 Indianapolis, Ind. – James Davison has been selected to drive for KV Racing Technology in the upcoming Indianapolis 500. The 27-year old Australia native will join stalwarts Sebastien Bourdais, Sebastian Saavedra and Townsend Bell on the KV team.

Assuming he fares well in practice and qualifications, Davison will likely be the 33rd driver to make the starting field for the 98th running of the Indianapolis 500. Appropriately, his car will carry the No. 33. “I personally chose No. 33 for the car, knowing how important it was for the event to have a full field. I thought it was an appropriate salute, but I certainly don’t plan to qualify 33rd or finish 33rd,” Davison said shortly after the announcement was made.

Davison’s car will be known as Always Evolving Racing/KV Racing Technology Chevrolet with Always Evolving being the primary supporter backing the entry. The company started five years ago as a car-culture brand encompassing professional motorsports, authentic lifestyle and automotive collection operations. The late Roger Rodas and Erik Davis founded the company and after the death of Rodas, co-owner Davis and his team set up “Racing in Honor” as their internal mission for the 2014 season. (Rodas died in a fiery accident with actor Paul Walker.)

Rodas provided a degree of support for Davison for a Verizon IndyCar Series race at Sonoma a year ago. In addition to Sonoma, Davison raced at Mid-Ohio in 2013. Davison is also a driver/coach for the TRG-AMR team, teaming with Al Carter and David Block in IMSA’s GTD class.

Davison’s only experience on the 2.5-mile oval at Indianapolis is a pair of Indy Lights races five years ago. According to the Aussie, his biggest challenge will be with the speed of the car. “These cars are more on edge than a Lights car, so your precision and approach is another level of respect and driving concentration I have to address.”

Bell’s advice to his sometimes co-driver was, “Approach it like it is an airplane, keeping in the level of safety and knowing where the car set-up is. If you have any issues, you land the plane or bring the car down pit lane and don’t attempt to drive through any issues. It is all about the race.”

The Davison entry is considered a partial effort due to budget constraints¸ so the team will not take to the track until next Thursday, starting with rookie orientation that day. “We are a very limited program, but we are with a champion team and the car is Panther Racing’s primary oval car from 2013,” Davison said, indicating that the set-up work will be accomplished by Bourdais and Saavedra. “We have a reliable car, and we will get as much out of it as possible.”

The car is being built at this time and should be completed by Tuesday. Kyle Brennan will be the engineer and team manager is Simon Hodson. Negotiations for the car started two weeks ago, and the deal came together a week ago. IndyCar also assisted in finding some sponsorship.

In addition to co-owner Jimmy Vasser and the three drivers, others expected to help out are Al Unser, Jr. and Buddy Rice, who will be one of the spotters.

Davison’s goal is to finish the race, possibly in top-half of the field, hoping a solid performance will lead to more races. “I intend to drive the race with a level head and not drive into the darkness, be there for the final third and try to get a good finish,” said Davison in closing the interview.