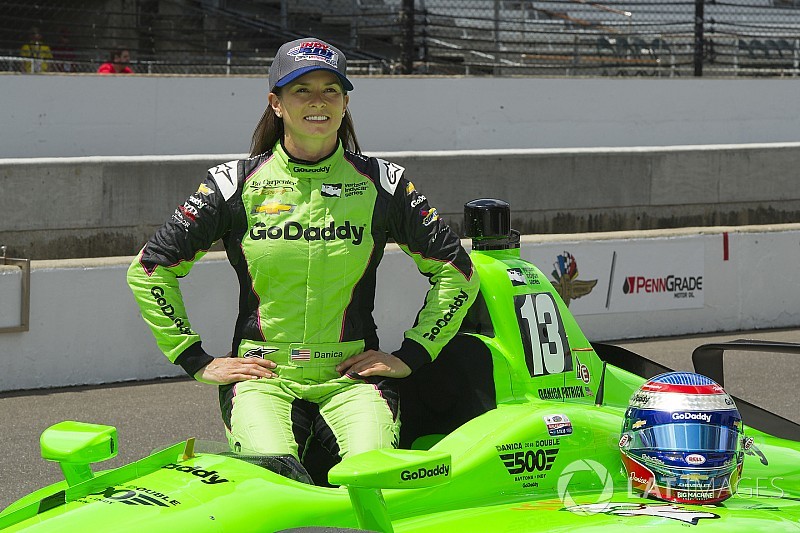 Danica Patrick, who this Sunday will start the final race of her career, the 102nd running of the Indianapolis 500, will host the ESPYS on July 18.

The annual show, broadcast live by ABC from the Microsoft Theater in Los Angeles, will “gather top celebrities from sports and entertainment to commemorate the past year in sports by recognizing major sports achievements, reliving unforgettable moments and saluting the leading performers and performances.”

ESPY stands for Excellence in Sports Performance Yearly, and Patrick has attended the event 13 times.

“My first ESPYS was 2005, and I have been a fan, coming back every year since,” said Patrick, who has qualified seventh for Indy, driving the Ed Carpenter Racing-Chevrolet. "It is the biggest night of the year for sports.

“Every year I leave feeling so inspired! I am excited to be able to help celebrate, laugh and cry about the past year in sports with everyone. It’s going to be a great night and one full of more than a few surprises.”

Patrick, who became the first female driver to lead the Indy 500 and qualified and finished fourth on her debut at the Brickyard in 2005, remains the only female to have won an IndyCar race (Motegi in 2008), and finished third at Indy in 2009, beaten only by Helio Castroneves and the late Dan Wheldon.

She then switched to NASCAR, winning pole for the Daytona 500, but at the age of 36 has elected to call time on her racing career, signing off with her entries at Daytona and Indy again this year.

“Now, Danica Patrick continues her trailblazing career trajectory when she takes the stage on July 18 as the first woman to host The ESPYS,” said Alison Overholt, ESPN’s Vice President and Editor in Chief, ESPN The Magazine, espnW, and The ESPYS.

Added Maura Mandt, executive producer, "We are thrilled to have an icon like Danica bring her talent and fresh energy to this year's show."