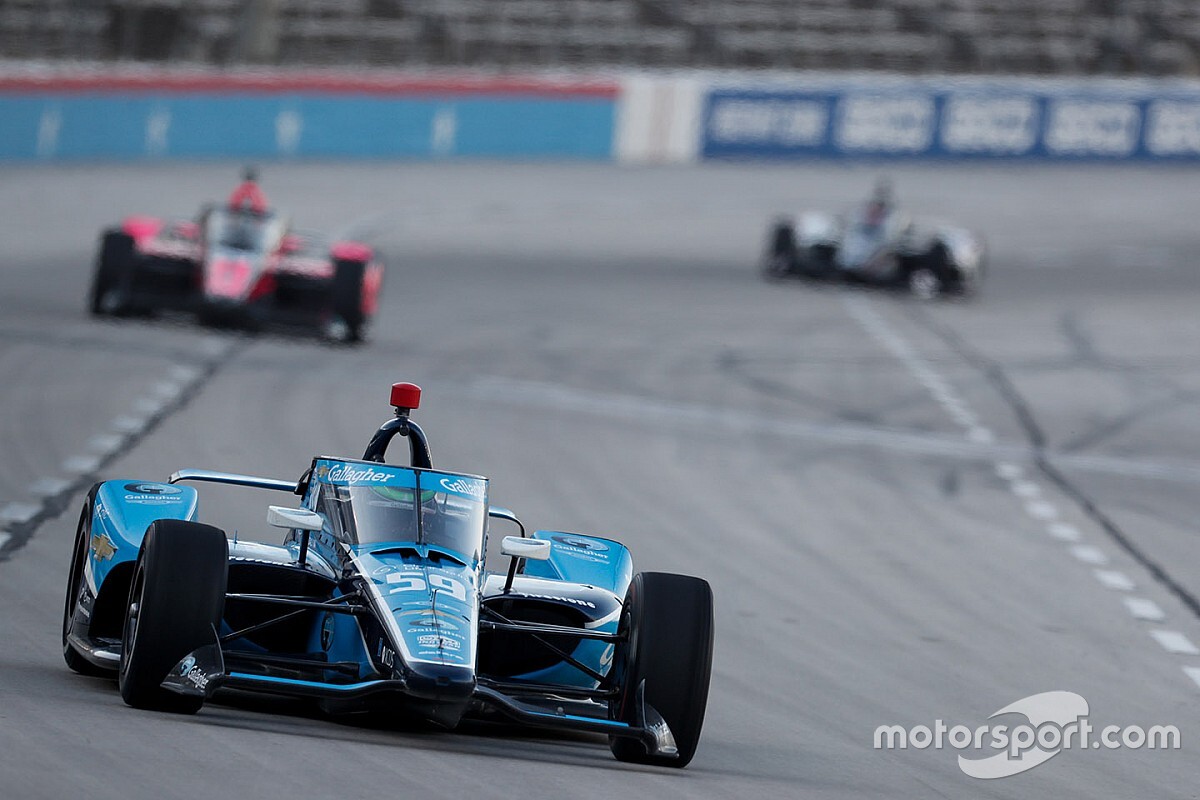 Conor Daly is thrilled for himself and the Carlin-Chevrolet team that their oval-only program got off to a strong start at Texas Motor Speedway with a strong finish, despite the squad entering only one car.

Daly finished sixth in the 2020 NTT IndyCar Series season-opener, last night’s Genesys 300 at Texas Motor Speedway in which he and AJ Foyt Racing’s Charlie Kimball made noteworthy charges to the front to threaten the traditional front-running teams such as the victorious Chip Ganassi Racing squad and Team Penske.

Remarkably, since giving up his European racing ambitions in 2014, this will mark only the third full IndyCar season for Daly. Having raced for Carlin in GP3 back in 2011, he returned to the squad last year to sub for team incumbent Max Chilton who decided to quit racing all ovals outside the Indianapolis 500. Daly is reprising this role in 2020 for Trevor Carlin’s team, and also competing for Ed Carpenter Racing at Indy and all the road and street courses.

Ironically, Daly finished in the wheeltracks of his other team boss at Texas, having charged up from 19th on the grid to trail oval specialist Carpenter to the checkered flag.

Daly told NBC: “I really was confident in our car. It was so great to drive but the driver didn’t drive it well enough in qualifying, so that’s on me. But one area that we’ve improved so much and the team helped me is with our in- and out-laps – and they did a great job in the pits.

“Chevrolet power – we had such a great and reliable car all night and I’m so thankful to be here and to start a season like this. I don’t think I’ve ever started a season this well – and I’m here for the whole thing!

“We got up to fifth on the restart but it was looser than a herd of turtles going into Turn 1 and 2 and I was driving it like a rally car, like Travis Pastrana would. But it’s such an awesome way for this team, for Gallagher, to start the season.

“We’re only a one-car team this weekend and that’s tough. Trevor is doing his best to make sure we can be two cars for the rest of the year and I can’t wait to be part of this team as we continue to grow because this car is such a step higher than where we were last year. This is all down to development and just working – and we’ll keep improving.”

Veach stars on tough night for Andretti Autosport in Texas