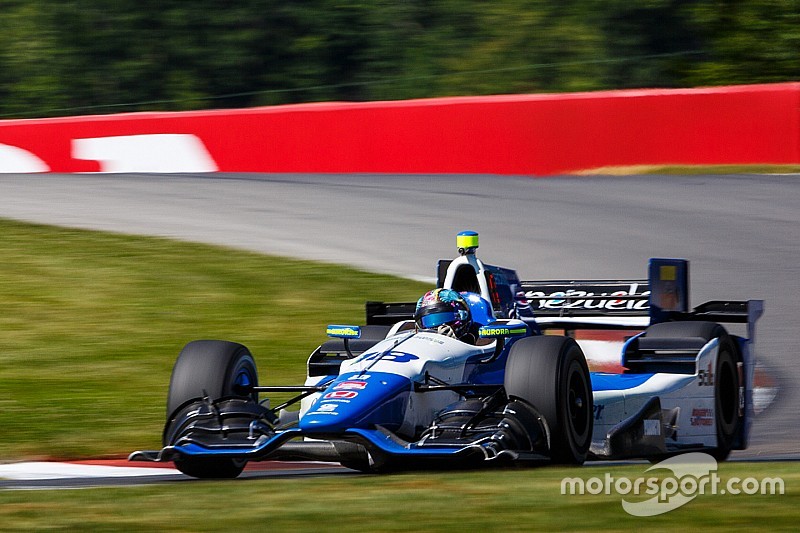 Kyle Brannan will make a full-time return to IndyCar to engineer the Dale Coyne Racing entry likely to be raced by Luca Filippi in 2016.

The Californian, who engineered the #99 ‘Red Dragon’ GAINSCO/Bob Stallings Daytona Prototype to two IMSA championships with Alex Gurney and Jon Fogarty, signed a deal with Coyne over the weekend.

Brannan is thus set to run the car for Filippi while Michael Cannon will engineer for Conor Daly.

“I’m super-excited by it,” Brannan told Motorsport.com. “Dale’s really been improving his team, and I think they’re on an upward trajectory. It’s a great time to be joining them.”

Brannan was a regular at KV Racing over the last few years during the Month of May, running the team’s ‘extra’ cars for the Indy 500, but had not been interested in a full-time IndyCar deal that would require him moving to Indianapolis.

“I especially wasn’t interested with the schedule the way it was,” said Brannan, who briefly worked with Coyne back in early 2005. “But I think Dale appreciated that if there’s someone who’s prepared to fly in each race, that’s an arrangement that can work.”

Brannan spent 2015 working for Kevin Buckler at TRG Motorsports, and race engineered all the IMSA GT races, all the Pirelli World Challenge races, as well as the Indy 500 with KV.

This season, he started working with O’Gara Motorsport and ran the fastest of the Lamborghinis in the Rolex 24 at Daytona, but that team’s apparent collapse left him available for Dale Coyne Racing.

Ready for spec cars and Filippi

Although Brannan admitted he still missed the days of true innovation in Indy car racing, he said he wasn’t intimidated at joining the Verizon IndyCar Series full-time and going head-to-head with bigger teams equipped with similar cars and with a restricted amount of leeway to engineer.

“The fundamentals are still the fundamentals and there are always challenges to overcome,” he said. “I love that challenge of going up against the other engineers! That’s why I do it. It’s the fun part of the deal, and knowing I’m racing against the best is something I love.

“Go down to club level and beat up on everybody, that’s not so rewarding. But at IndyCar level, if you beat your rivals, you really feel you’ve accomplished something.”

Brannan also said he would be pleased to work with Filippi in 2016.

He said: “Luca is someone a lot of people are pretty high on, and there’s a lot of potential there I think. I can’t wait to get started. I think behind the Ganassi and Penske teams, there is a good enough crew, good enough personnel, for us to be right up there.”