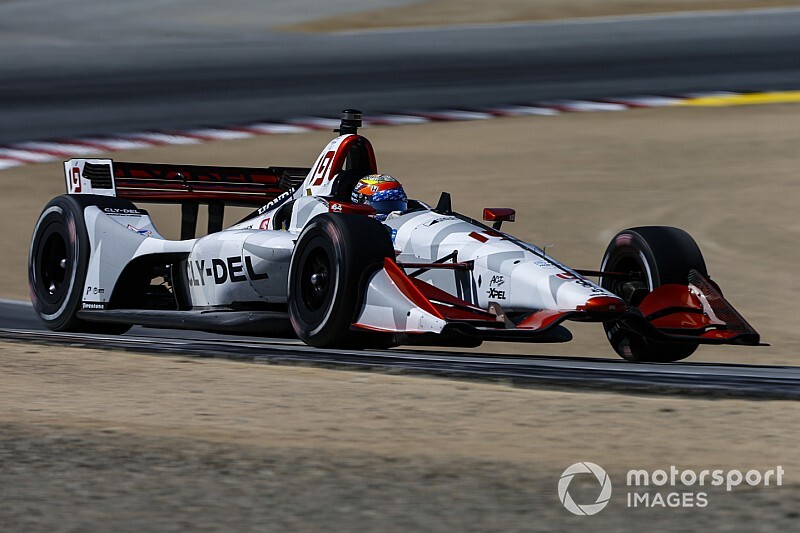 Dale Coyne says he’s optimistic that a new deal with Santino Ferrucci will be signed soon, as he also seeks to expand his team’s engineering line-up.

Ferrucci, in his first full season within the NTT IndyCar Series, finished 13th in the championship, just two places behind teammate Sebastien Bourdais. He was ahead of Spencer Pigot of Ed Carpenter Racing, ex-Formula 1 driver and fellow rookie Marcus Ericsson, two Andretti Autosport drivers and both AJ Foyt drivers.

However, the #19 car’s race engineer Michael Cannon has joined Chip Ganassi Racing for 2020, leaving Coyne sifting through potential replacements – although he says Ferrucci need not worry about the future.

“I don’t think Michael leaving should be a hold-up for a deal with Santino,” Coyne told Motorsport.com. “We have plenty of strength in depth, and we’re interviewing people next week to expand the lineup even further. We had started hunting even before Michael left.

“So I think we’re actually going to be stronger next year than we were this year, and Santino knows that. It’s encouraging how much interest there has been.”

One of the prime candidates is Olivier Boisson who arrived with Bourdais from KVSH Racing but was eventually shifted from Bourdais’ DCR with Vasser-Sullivan car to the #19 car as assistant race engineer with Cannon. Bourdais’ engineer is also the team’s technical director, Craig Hampson.

“Yeah, Olivier is a very good candidate,” said Coyne, “but there will be plenty of roles to fill here. It won’t be sorted by the time we test [with Bourdais at Sebring for the next round of aeroscreen trials] but it will be done by the end of November.”

Coyne confirmed that maintaining the Bourdais-Ferrucci line-up was his target and that talks with the many potential replacements for Ferrucci had slowed down now.

“We want Santino and it looks like it’s getting close,” he said, “and we’re not looking at running a third car. Well, we’ll run a third one for Indy but that’s it.”

A spokesperson for Chip Ganassi Racing confirmed Cannon’s arrival, but not his role within the organization.

“When someone of Cannon’s talent becomes available, you go for him,” he said. “Whether Chip has decided where to put him, I can’t confirm.”