Claman De Melo to sub for Fittipaldi at Indy 500 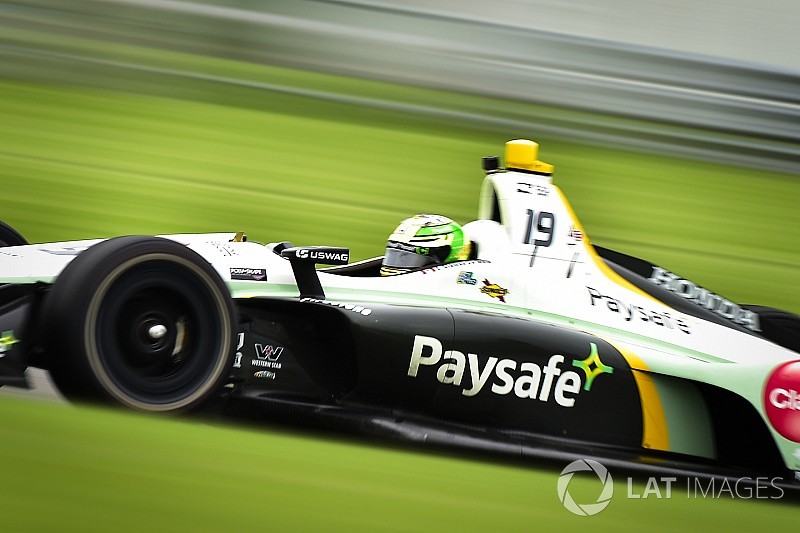 Zachary Claman De Melo is aiming to make his Indy 500 debut next week as Dale Coyne has reached agreement with sponsor Paysafe to continue running the Canadian rookie as a substitute for the injured Pietro Fittipaldi.

There had been much speculation over who would replace Fittipaldi who broke his legs in a crash during qualifying for the WEC race at Spa earlier this month.

Paysafe’s agreement with Coyne is to have primary locations as title sponsor on the #19 DCR-Honda, whether or not Claman De Melo is in the car, and Fittipaldi’s sponsors for his originally-assigned seven races of 17 fitted in secondary locations.

However, with Fittipaldi absent, Coyne needed to fund the car but potential sponsors were less than keen to be putting in substantial money without getting primary sites on the bodywork.

Now, however, an agreement has been reached, and Claman De Melo will today run the Rookie Orientation Program, between 1 and 3pm local time. Should all go OK, he will be one of 35 drivers aiming for the 33 slots on the Indy 500 grid.

“I’m very much looking forward to turning my first laps aboard the #19 Paysafe Indy car on the oval at the Indianapolis Motor Speedway,” said Claman De Melo who finished sixth in Indy Lights’ Freedom 100 last May. “It’s an iconic venue and I’m extremely fortunate to be able to have the opportunity to drive here.

“Again, it’s unfortunate that it’s under these circumstances with Pietro’s injuries so I realize how lucky I am to have this chance. I want to thank Dale and Paysafe for giving me this opportunity.”