Chaves 16th & Rookie of the Year at Indy 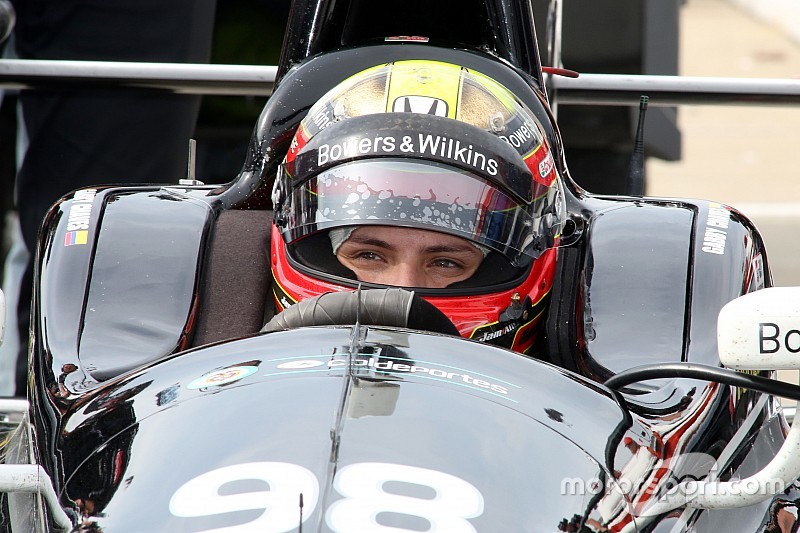 Indianapolis –Sunday's Indianapolis 500 is being called one of the best all-around 500's in the event's 99 year history. There were over 600 position changes at the start finish lines, and Gabby Chaves likely accounted for a couple dozen of those.

Chaves moved up to as high as 8th from the middle of row nine. Closing in on the final pit-stop, Chaves was catching the lapped #14 car when the #14 lifted off turn-two. The #98 mad a quick move to the left; however, still clipped the rear of the #14 with his right-front wing.

The BHA team chose not to lose track position changing the wing; however the increased drag and resulting understeer put Chaves on the defensive for the remainder of the race. The #98 fought hard, but had to settle for a 16th place finish. As the highest finishing rookie, Chaves earned the coveted Rookie Of The Year title. He is the fourth Colombian driver to do so.

Gabby Chaves on his first Indianapolis 500

“I just kinda wish I could do it again! The BHA team gave me a great car and a top six finish wasn’t out of the question. After losing a lap early, we made it up and were moving up quickly, the car was strong enough to make it up and I could pass on the inside and outside.”
“Right as we were moving into the top ten and getting ready for our last stop, I had minor contact with the lapped #14 car. It knocked off our right front wing end-fence. We made the decision to tough it out; the car had some understeer and a lot more drag down the straightaways which slowed us quite a bit.”

“As far as my biggest surprise of the race, I would have to say it was easier than I expected after Carb Day. My engineers and the whole Bowers & Wilkins Castrol EDGE team gave me a great car that made passing a lot easier than I thought. Honestly, we were only making half pound air pressure adjustments. The car was awesome and I can’t wait to come back next year!”

Over the next three weeks, the BHA team will compete in four races. This Saturday and Sunday the Verizon Indycar Series will have their only double race weekend of the season on Belle Isle in Detroit. The track is a 2.34mile 13-turn temporary road course that always provides plenty of action. It's critical for the Bowers & Wilkins team to have consistent finishes both days to strengthen the team's points position.

Ups and downs for Schmidt Peterson Motorsports at 2015 Indy 500