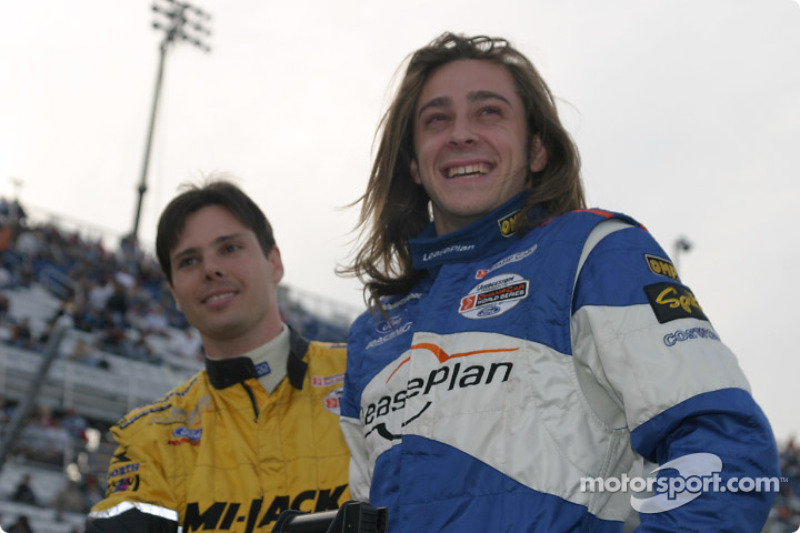 While the long-haired seventeen year-old may look like your average teenage skater-type, Nelson Philippe has taken on an extraordinary challenge and has lived-up to the demands of a full-time drive in the Bridgestone Presents the Champ Car World ...

While the long-haired seventeen year-old may look like your average teenage skater-type, Nelson Philippe has taken on an extraordinary challenge and has lived-up to the demands of a full-time drive in the Bridgestone Presents the Champ Car World Series Powered By Ford. With four solid finishes in his rookie season in the Champ Car World Series, Nelson's maturity, commitment and progress are evident. 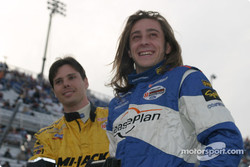 Nelson Philippe.
Photo by LAT Photographic.
Nelson was four years old when he first felt the desire to race cars. Since then, he has remained focused on his professional racing goals without wavering. After years of successful international kart racing and a season in the Barber Dodge Pro Series, Nelson entered the Champ Car arena early in his racing career. While critics suggested Nelson's leap to the 'Big Leagues' may have been premature, his strong skills earned him the seat of the No.17 Rocketsports/LeasePlan Lola, and his consistent results have maintained his presence in the Champ Car World Series competition.

The advantage of being such a young driver was most evident after Nelson's first full Champ Car race, the 2004 Toyota Grand Prix of Long Beach. Nelson sprung free from the Ford-Cosworth/Bridgestone Lola, full of energy and adrenaline. While he did admit he was mentally spent after 78 laps on the 1.968 mile circuit, his endurance was remarkable. Nelson started 16th and finished 13th beginning his streak of improved start to finish positions.

Round Two of the Champ Car World Series, the Tecate/Telmex Grand Prix of Monterrey in Mexico was Nelson's most impressive performance of the season thus far. Nelson earned his first top-ten Finish, and shot from 17th position on the starting grid, to finish 10th. Bouncing back from two on track incidents, he gained valuable points and ranked 12th overall at the time.

Very little could have prepared Nelson for the sensation of 'the marbles' on the short, fast oval in Round Three, The Time Warner Cable Roadrunner 250 at the Milwaukee Mile. Although he'd raced and tested on the historic mile-long oval, the full 250 laps with the full field of Ford-Cosworth-powered Champ Cars produced a layer of rubber marbles capable of carrying the car away at speeds of 200 mph. Nelson bridled the 750 horsepower Lola and brought it in to a 14th place finish, gaining three positions.

With Champ Car experience on a street, road and oval course, Nelson approached Round Four, the Champ Car Grand Prix of Portland, with greater confidence and determination. Continuing his streak of improved positions he climbed from an 18th place start to finish 15th in the 94 lap race at Portland International Raceway.

Nelson continues to grow as a driver, and develop communication and trust within the team, which is necessary for success. His strong desire to compete and produce better results is replacing the rookie-caution of his early starts. Nelson respects the learning process necessary in his position, but his growing confidence fuels his courage to push the limits and continually challenge himself.

While Nelson seeks to improve his performance as he gains experience, the mentorship of his peers and seniors is invaluable. Teammate, Alex Tagliani, offers detailed insight from track configuration to engineering details. Another valuable resource is Paul Gentilozzi, a three-time Motorock Trans Am Series champion. With his broad history of domestic and international road racing competition, Paul is able to offer Nelson first-hand advice on the tracks that make up the Champ Car circuit. Valuable advice, from the man currently leading the Motorock Trans-Am Series championship

Nelson Philippe is currently 16th in the Champ Car World Series championship standings with 32 points. The 17 year-old Rookie has demonstrated his thorough driving skills, resilience and endurance. He's gaining in experience and has an insatiable appetite for competition. As the Bridgestone Presents The Champ Car World Series Powered By Ford 2004 season progresses, look for Nelson to become more aggressive and impressive in the open-wheel circuit.