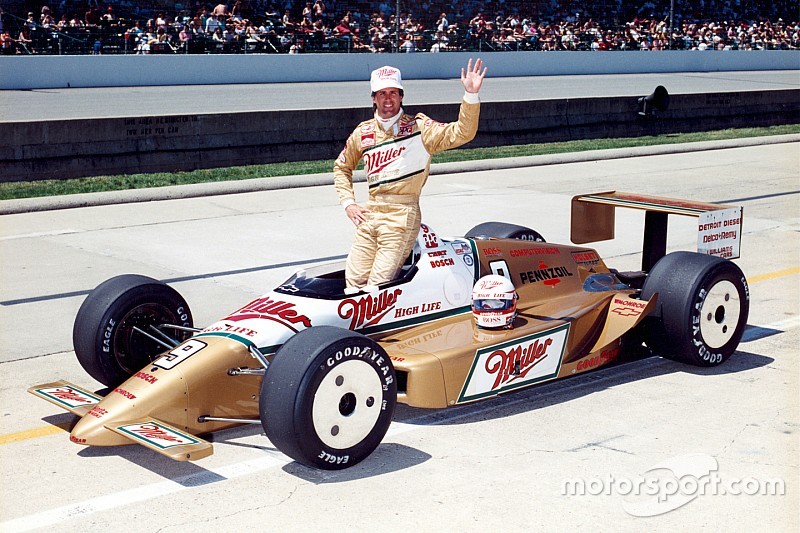 Team Penske ace Helio Castroneves will run a mainly gold color scheme that has a distinctly retro flavor in the 101st Indianapolis 500 this month.

Penske has released just a teaser video so far, with the full livery unveil set for Monday at Indianapolis Motor Speedway.

Rather than push its Pennzoil brand, Shell has this year elected to use the three-time Indy 500 winner's #3 Penske-Chevrolet entry to promote its Fuel Rewards campaign.

The resulting livery is a clear echo of the Miller High Life colors that adorned Danny Sullivan’s Penske PC17-Chevy in 1988, when he won the Indy car championship.

At Indy that year, Sullivan qualified second and led 91 laps but his front wing broke and sent him crashing into the wall.

Polesitting teammate Rick Mears went on to win in the Pennzoil yellow that Castroneves carried at Indy in 2014 and ’16.