Helio Castroneves, Ed Jones and rookie Pietro Fittipaldi proved startling stars of qualifying for the 105th running of the Indianapolis 500.

Although Castroneves is a four-time polesitter at Indy – as well as a three-time winner – and has started the 500 no less than 20 times before, this is the first time he’s been entered by a team other than Penske. Instead, the reigning IMSA Prototype champion is at the Speedway for his first of six races this year competing for Meyer Shank Racing-Honda, as temporary teammate to MSR full-timer Jack Harvey.

In Saturday qualifying, Castroneves used his early (fourth in line) draw to produce one of his special four-lap runs to nail what turned out to be sixth fastest time. This locks him into the Fast Nine session to be held tomorrow afternoon, so he can aim for a fifth pole – a tally that only his old Penske mentor Rick Mears has bettered (six).

“The AutoNation / SiriusXM car was very solid,” said Castroneves afterward. “Qualifying went exactly how we practiced it yesterday – we were actually a bit quicker than we anticipated, which was perfect.

“Our goal was to get in the top nine so that we could have a shot at pole tomorrow and we did that. Tomorrow is a different day though and we’ll work to find some more speed overnight and be back at it for qualifying tomorrow.” 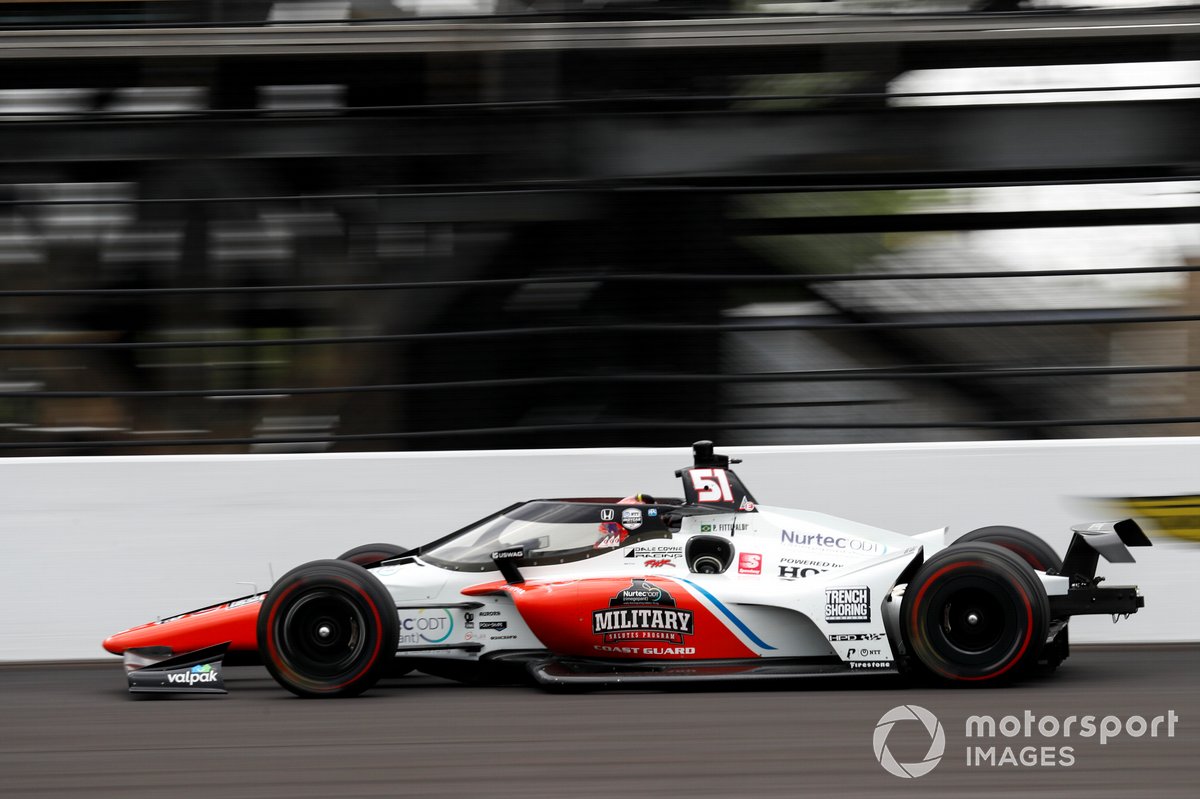 Fittipaldi was the 15th driver to make a four-lap quali run, therefore the rookie hit the Speedway when the track was rapidly increasing in temperature – usually the death knell of a quick time. Yet the grandson of 1989 and ’93 Indy winner Emerson Fittipaldi produced a time that held for 13th fastest in the entry that is raced by Romain Grosjean on road and street courses.

“We knew we had a good car yesterday,” said Fittipaldi, Haas F1 test and reserve driver who also described the experience as ‘super intense.’ He continued, “You have to go out and be committed and hold it wide open, flat out for four laps and we did that.

“The car was amazing, the Dale Coyne Racing with RWR team has done a great job. I’m just very happy to be here and super excited.

“We were thinking of going back out at the end to try and get into the Fast Nine – I think the car had it in it – but at the end of the day, we’re happy with where we qualified, and we didn’t want to risk it.”

His teammate Ed Jones, driving the DCR with Vasser Sullivan car, impressed by being one of only five drivers to improve their times on a second run in the heat of the day, having initially set a time that left him 19th. Over the first three laps of his later qualifying attempt, Jones appeared able to graduate into the Fast Nine, and while his fourth lap ended that dream, he claimed 11th place on the grid.

“It was an up and down day,” he said afterward. “The first run in qualifying we were very conservative.

“However the SealMaster team did a fantastic job getting the car prepared for the second attempt. I had a solid run and moved up eight spots to P11.

For those outside the Fast Nine contenders, and not consigned to the Last Chance Qualifiers group, the next chance to hit the track will be the 5.00-7.00pm session on Sunday evening. The 33 qualifying cars for the 105th running of the Indianapolis 500 presented by Gainbridge will then lie silent until a two-hour practice on Carb Day (next Friday). 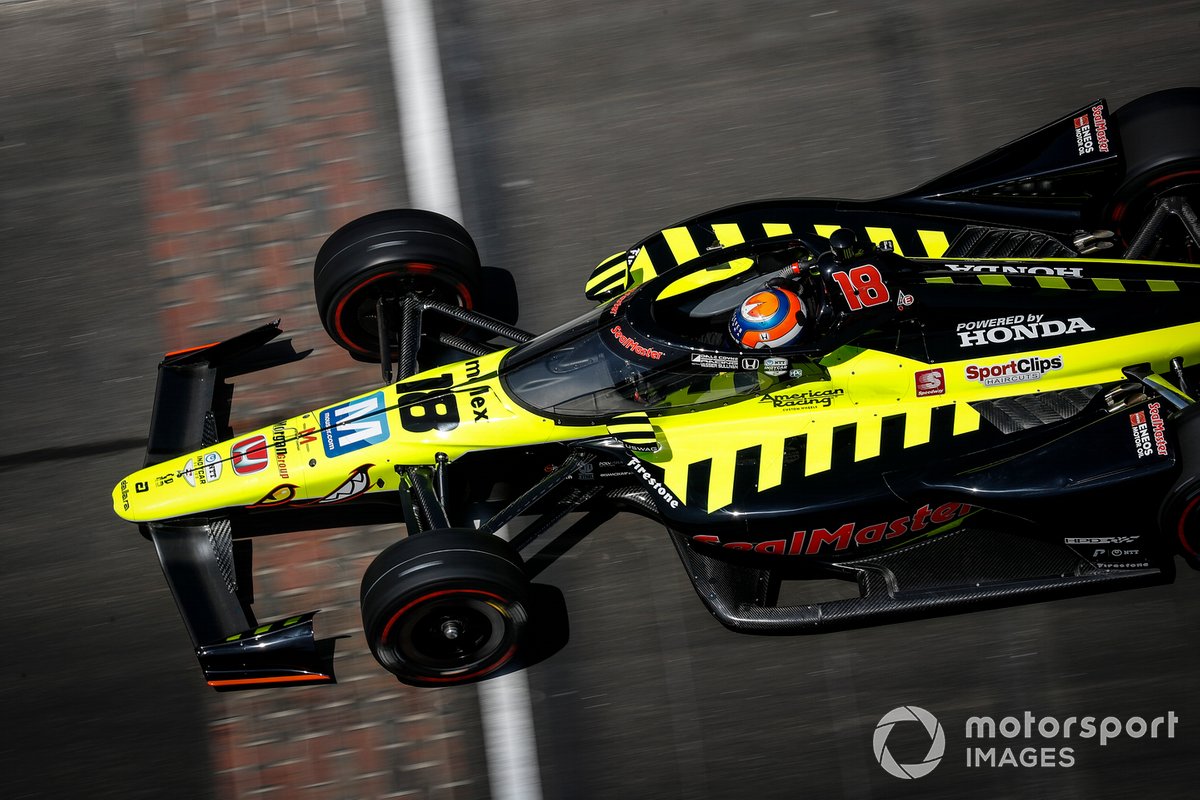 Carpenter: We have everything we need to fight for Indy pole