Mounting speculation suggests that, contrary to previous rumors, the odds are high that Team Penske will continue to run four cars in the 2018 Verizon IndyCar Series – and with an unchanged driver lineup. 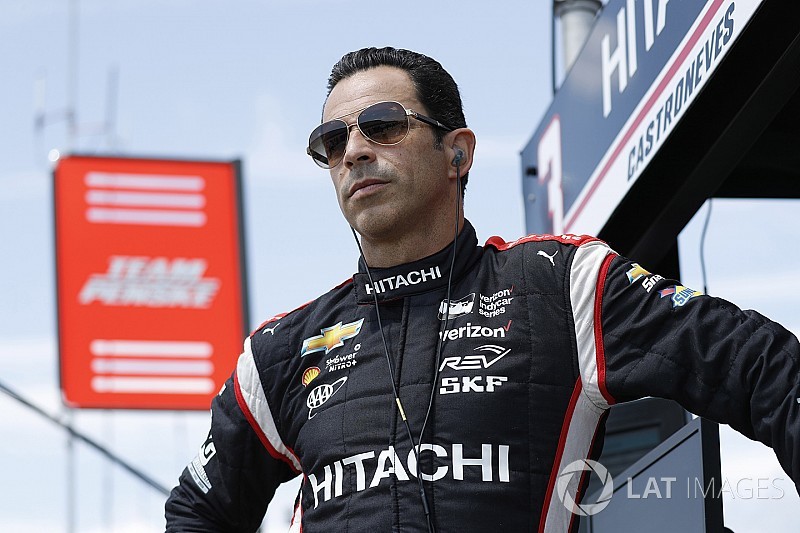 Two months ago, Helio Castroneves appeared set to move from Roger Penske’s IndyCar squad to its latest IMSA venture. A pair of Penske-run Acura ARX-05s will make the model’s race debut in the Rolex 24 Hours next January and campaign the whole WeatherTech SportsCar Championship season.

While one of the Acuras will be driven by Juan Pablo Montoya and Dane Cameron, the second driver lineup has not yet been revealed.

Castroneves had been penciled in as the star driver of the second car, but the three-time Indianapolis 500 winner was known to be unhappy at the prospect, despite being offered ‘one-off’ drives at the Brickyard each May.

After scoring his 30th IndyCar victory, at Iowa Speedway in July, Castroneves vowed to make it as difficult as possible for Penske to switch him from open-wheel racing to sportscars by winning this year’s IndyCar title.

Motorsport.com has learned that the driver and team owner won’t be discussing the topic again until after this weekend’s season finale, which the Brazilian enters just 22 points behind championship leader and teammate Josef Newgarden.

Questioned today about whether that would be his last race at Sonoma, Castroneves said: “I hope not. I definitely want to come back to Sonoma, no question about that.

“But the team, everybody, even myself – want to focus 100 percent on this last race, especially because of what happened at Watkins Glen. Josef had an issue there and the championship became even more close.

"It’s mixed feelings for me, because I really have a chance – my chance – but at the same time, having Scott [Dixon] there, it throws a little bit of a curve ball in the team to accomplish the championship.

“But whatever happens in the future, trust me, I’ll be back here at Sonoma.”

Asked if that would be in an IndyCar, Castroneves grinned and said: “Now that’s another story! We don’t know yet. Let’s see. To be continued.”

Several trusted sources, one a longstanding and senior Penske member, have informed Motorsport.com that the team’s engineers and crew chiefs have been told it will continue as a four-car IndyCar squad in 2018.

Chevrolet is also believed to be eager for Roger Penske to not downsize his team. All nine of Chevy’s wins in IndyCar this season have come from Penske drivers, and with Andretti Autosport electing to stick with Honda after a summer of talks between Michael Andretti and Chevy, senior GM personnel are understood to be even more keen to retain Penske’s four proven race-winners and title contenders. Chevrolet has scored 66 wins in the last 100 races, and 37 of those have been delivered by Penske.

Although not answering a question specifically about the Penske/Castroneves situation, GM's VP of performance vehicles and motorsports, Jim Campbell, told Motorsport.com two weeks ago: “Ultimately it’s the team owner’s decision who they employ, but at a broad level, across all the series, we work very closely with team owners on their selection of drivers.”

One rival team owner, who didn’t wish to be named, remarked: “For one thing, I personally never saw any evidence for the rumors that Roger was going to cut back to three cars.

"And if he’s going to stay at four, why wouldn’t he keep Helio? He’s great for the sponsors, really popular with the fans, and I think he’s probably driving better now than at any time in his career.

“He’s the obvious choice, and let’s face it, those four cars are all getting strong results, so why would you change the lineup when it's working so well?”