Castroneves eligible for $400,000 bonus from BorgWarner

Each year since 1995, BorgWarner Inc. has offered a rolling jackpot, increasing by $20,000 each year, for anyone who can score back-to-back wins at Indy. Meyer Shank Racing-Honda’s Castroneves is the only driver to accomplish this feat, when he triumphed in his first two attempts at Indianapolis Motor Speedway in 2001 and ’02, driving for Team Penske.

That second victory earned the Brazilian star BorgWarner’s bonus which at that point stood at $160,000. Had he won again in 2003, he would have earned just $20,000, as the jackpot returns to zero whenever a driver scoops the prize.

Frédéric Lissalde, president BorgWarner Inc. and CEO of BorgWarner, said: “BorgWarner takes great pride in our extensive history with this classic motorsport event, and we enjoy upping the ante with this exciting rolling jackpot. We’re on the edge of our seats waiting to see if Helio will once again claim the jackpot or if another driver will be immortalized this year on the coveted Borg-Warner Trophy.”

As per tradition, the winner of the 106th running of the Indianapolis 500 will have a likeness of his face sculpted and added onto the iconic Borg-Warner Trophy, and will also receive the BorgWarner Championship Driver’s Trophy – best known as the “Baby Borg”, which is a miniature version of the 110lb sterling silver Borg-Warner Trophy.

If Castroneves does not come out victorious, the funds for the jackpot will roll over to the 2023 Indy 500 with an additional $20,000 added to the pot. 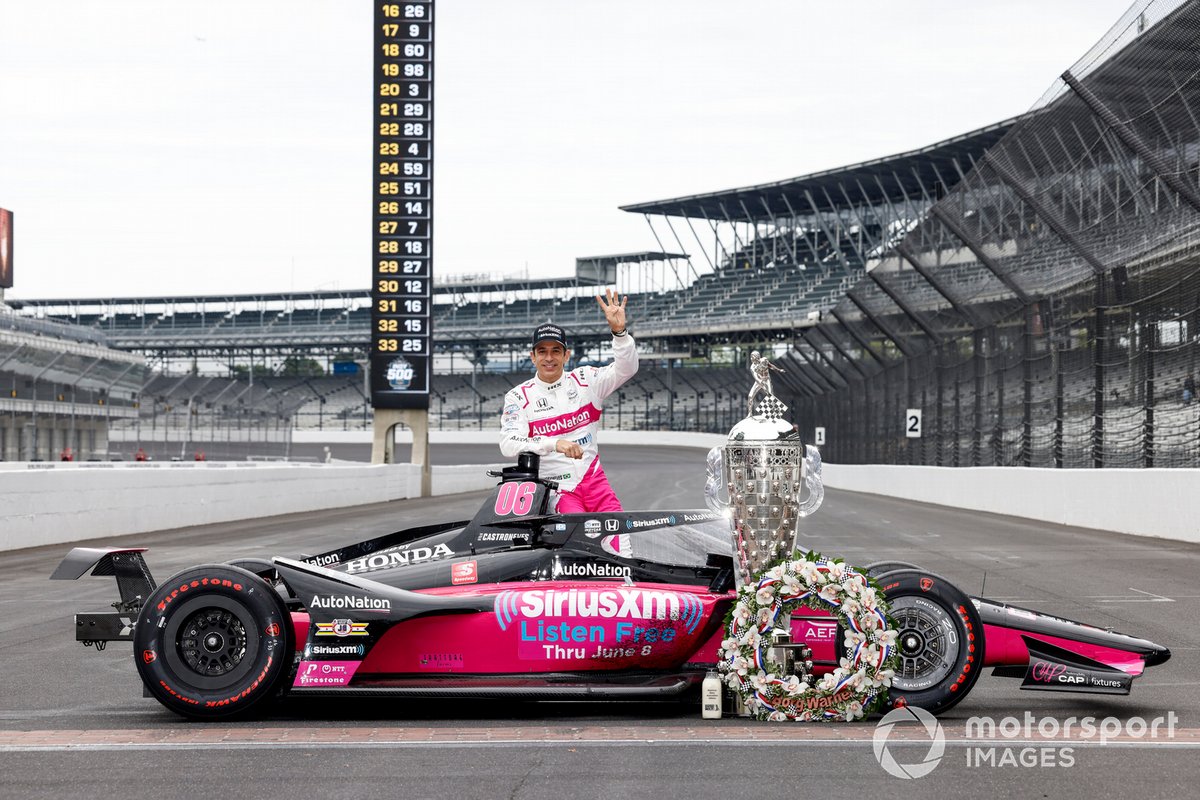