Castroneves expects to announce 2021 plans within a month 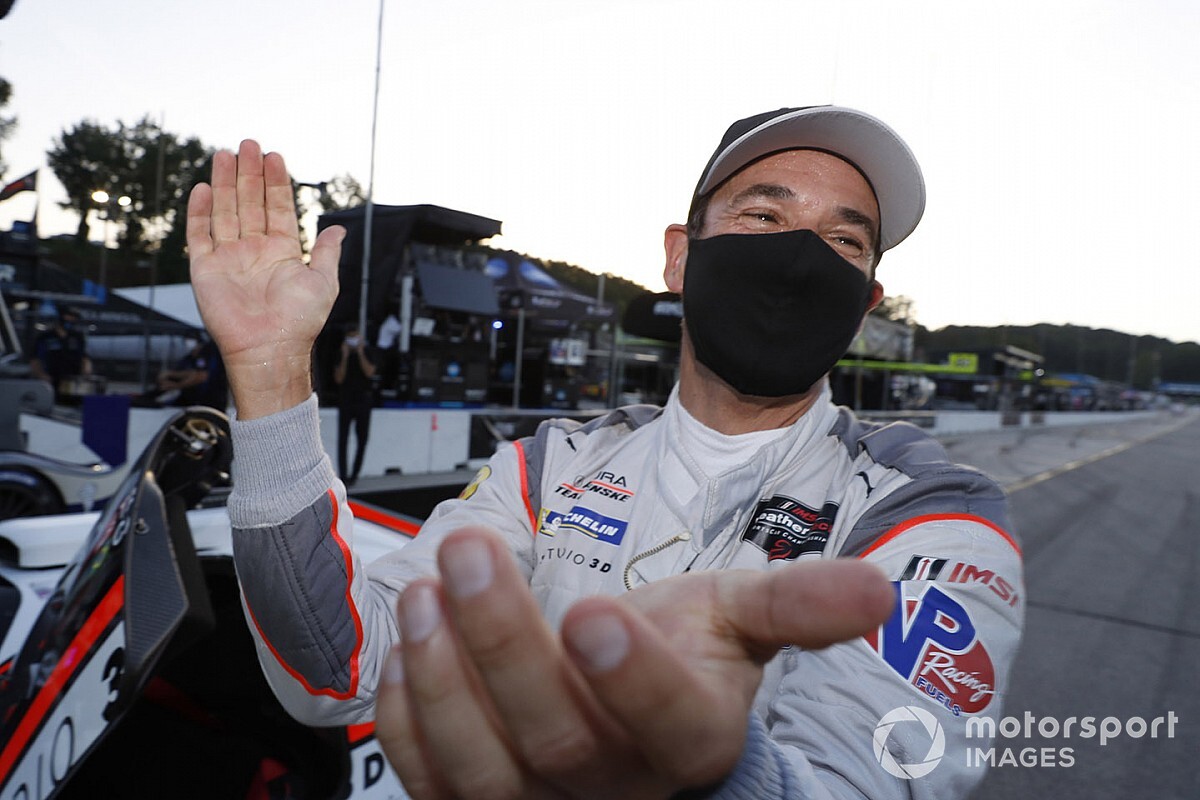 IndyCar legend and IMSA ace Helio Castroneves says his goal is to announce his plans for 2021 within the next four weeks, having been informed he will not be returning to Team Penske next year.

The Brazilian veteran has been speaking to several NTT IndyCar Series and IMSA WeatherTech SportsCar Championship teams, but is not yet ready to announce his future plans and is currently focused on his IMSA title challenge along with Ricky Taylor.

This Acura Team Penske pairing has won the last three IMSA Prototype races and is in with a strong shot at the championship with three rounds still to go. Should Castroneves and Taylor succeed in their quest, it will be the perfect conclusion for the three-year partnership between HPD and Team Penske which has already produced championship glory thanks to the squad’s other entry, that of Juan Pablo Montoya and Dane Cameron.

Such a triumph will also be a fitting end to the 21-year partnership between Castroneves and Penske, which produced 30 IndyCar wins (including three Indy 500s), and five IMSA triumphs (including the LMP2 class victory in the Porsche Spyder at Petit Le Mans in 2008). Castroneves has stated that his ultimate goal now is to become a full-time IndyCar driver again.

Two weeks ago he told Motorsport.com: “I’ve been talking to four teams that showed interest. One told me to wait until next month [October], another is waiting to see if his driver will retire or not, another is about to get the funds but nothing yet, and the last one wants to do Indy 500 only and I am trying to get the full season.”

When Motorsport.com last Saturday asked him for an update on his 2021 prospects, Castroneves replied: “Hopefully we’ll have an announcement very soon. The goal is within the next four weeks.”

Asked if it would be IndyCar, he replied: “I don’t know but that would be the ideal.”

Castroneves’ full-time role for Team Penske shifted from IndyCar to IMSA at the end of the 2017 season, although he raced three Indy 500s and two Grands Prix of Indianapolis for the squad 2018-’20.

However, Castroneves had not been completely happy about the career switch after an IndyCar season in which he scored three poles, one win and finished fourth in the points race.

“IndyCar is unfinished business, I agree,” he said last week. “We were strong in a lot of races – Iowa, Road America, Phoenix….

“But no regrets. We can’t change it. I’m actually glad about how much I’ve learned in IMSA. Such a different approach, different ways of looking at strategies, different decisions to make in the car because you’re dealing with three other classes on track.

At IndyCar’s Harvest Grand Prix, a double-header on the IMS road course, Castroneves raced a non-Penske IndyCar for the first time since 1999, subbing for the unwell Oliver Askew at Arrow McLaren SP. It’s a role he may reprise for the season finale at St. Petersburg next week should Askew – who will leave the team at season’s end – still not gain medical clearance to compete.

Although Castroneves only finished 20th and 21st in the two races, qualifying suggested he was impressively close to team incumbent Patricio O’Ward, despite not driving an IndyCar on a road course since May 2019. Although qualifying in different groups precludes a direct comparison, and noting that Castroneves’ group ran in more favorable conditions, he actually set a qualifying time 0.4sec faster than O’Ward for Race 1, while in broadly similar conditions during qualifying for Race 2, he was half a second slower than the 20-year-old Mexican.

“It was interesting in Indy with Arrow McLaren SP – a very different process to Penske,” Castroneves told Motorsport.com. “It’s a great group of guys, and I’m very impressed by their operation.

“The problem was just a lack of time. We had a 75min practice and then qualifying two-and-a-half-hours after, and then after that you want to make a change for the race but there’s no session to try it, so you don’t dare go too far in one direction.

“Then you have the first race, and then it’s qualifying next morning for Race 2 and you’ve not had a chance to try any changes for that qualifying session or the second race! I mean, thankfully they have great engineers at McLaren and they could make one or two little differences but we didn’t have a chance to test something, come back to the pits, and test something that would take us in a different direction.

“It’s just go-go-go! And if you haven’t raced an IndyCar on a road course for a year-and-a-half, you’re not going to catch up in a weekend like that. But with a bit more track time, I would be stronger and stronger. Remember, age is just a number!

“Saying all that, man, I was so, so happy to be driving left and right in an IndyCar again. It felt so good.

“So for now I’m keeping my focus for Petit Le Mans and trying to do a great job for Acura Team Penske. And there’s a championship for us to try to win and I believe we have a very strong chance.

“But things are moving in a good direction for next year as well. And honestly, that’s all I can say right now.”