Team owner Ed Carpenter says that he’s focused on retaining Conor Daly and the U.S. Air Force sponsorship for 2021 rather than chasing a European star from F1 or F2.

With a selection of talented and experienced Formula 1 drivers and promising F2 drivers coming to the end of their current contracts, there has been much speculation over the past eight weeks that one or two might make the move to IndyCar.

The F1 talents as yet unconfirmed in rides include Nico Hulkenberg, Sergio Perez (who has said he would prefer a sabbatical to a ride in a different series), Daniil Kvyat and Romain Grosjean. Meanwhile Callum Ilott, currently second in the F2 championship with two rounds to go, also has no F1 options available.

Ed Carpenter Racing-Chevrolet was thought to be particularly attractive to European drivers given that the ride available is in the #20 car for road and street courses only, since Carpenter himself races that entry on the ovals. In addition, ECR is known for the quality of its operation: with Josef Newgarden at the wheel, ECR was a championship contender as recently as 2016, eventually finishing fourth in the points table.

However, as yet, no such transatlantic move has been made, although Kevin Magnussen will drive Chip Ganassi Racing’s Cadillac in the IMSA WeatherTech SportsCar Championship in 2021.

Carpenter says, in fact, that he has not been sifting through the European talent, because he would prefer instead to retain Conor Daly and the U.S. Air Force sponsorship for a second year. This past season, Daly competed in all eight of the road/street course races and the Indy 500 with ECR alongside Rookie of the Year Rinus VeeKay, while racing the other five oval rounds for Carlin.

Carpenter told Motorsport.com: “We’re working through it at the moment, but our hope is to have not only Conor but also the U.S. Air Force return for next year. We’re working through it, it’s still in motion and we hope to have some positive news some time soon – but we never like to count our chickens before they’re hatched. Hopefully, at the minimum, the program will look the same as it did last year.

“Conor and I see each other every day, he and I train together, so we’re working hard collectively to get things buttoned up.

“So… yeah, I’ve really just been focused on keeping the program that we have, and I haven’t done as much outreach as I have in other years.

“I want the continuity. We’ve had quite a lot of change over the last four years and I really think it’s important to settle in. We really like both Rinus and Conor, and so that’s been what I’m working toward – trying to keep things as they are so we can focus on moving forward as a team.

“I’m aware there are good F1 drivers available, but I haven’t looked outside of IndyCar as I have in other years because I like what we have already.”

Carpenter added that the potential renewal of the USAF’s deal with ECR, and the U.S. Space Force’s one-off deal for the #20 car at this year’s Indy 500, were not necessarily tied together.

“They’re connected but also separate at a certain level,” he said. “For us, I think the stars aligned with the timing of their announcements and unveiling their logo and this year’s 500 being delayed. It was certainly a great experience for us, an honor, but I don’t know if there’s a future for ECR and U.S. Space Force somewhere down the road. Certainly we’re not at the same stage of talks regarding Space Force as we are with the Air Force.” 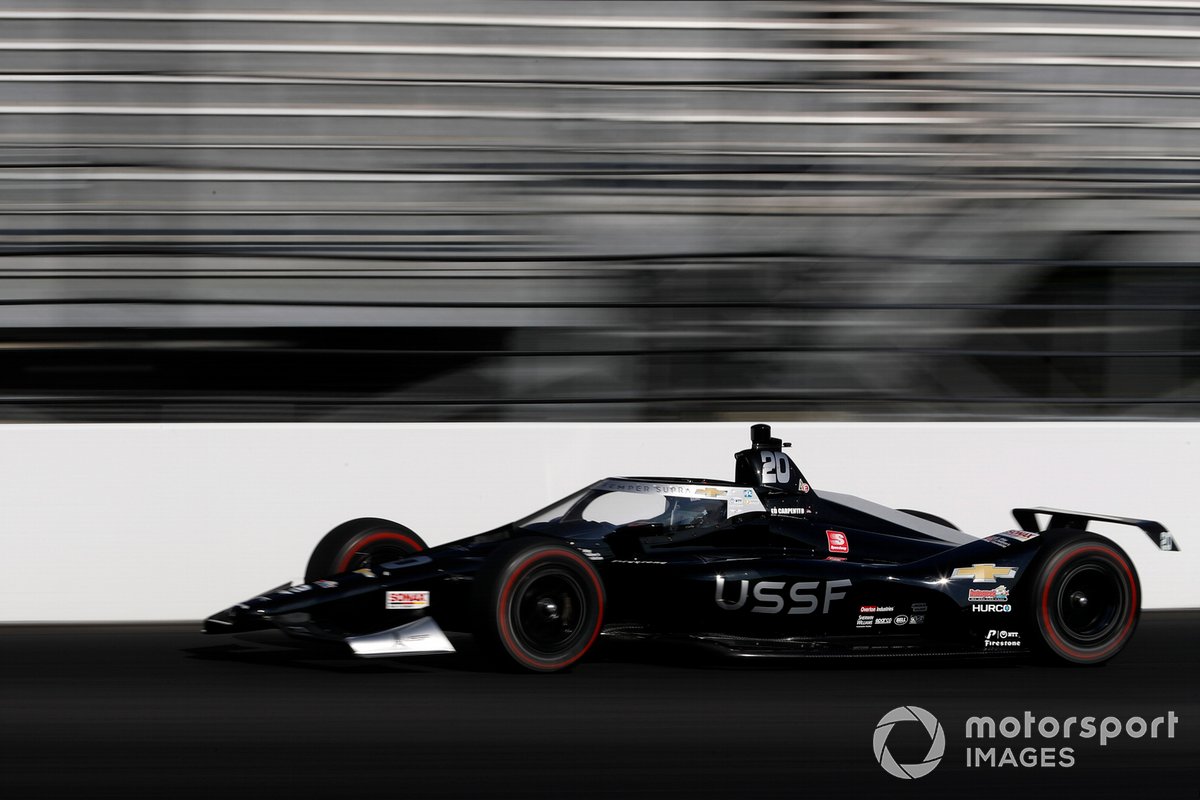