Carpenter: "I can't wait to get on track" 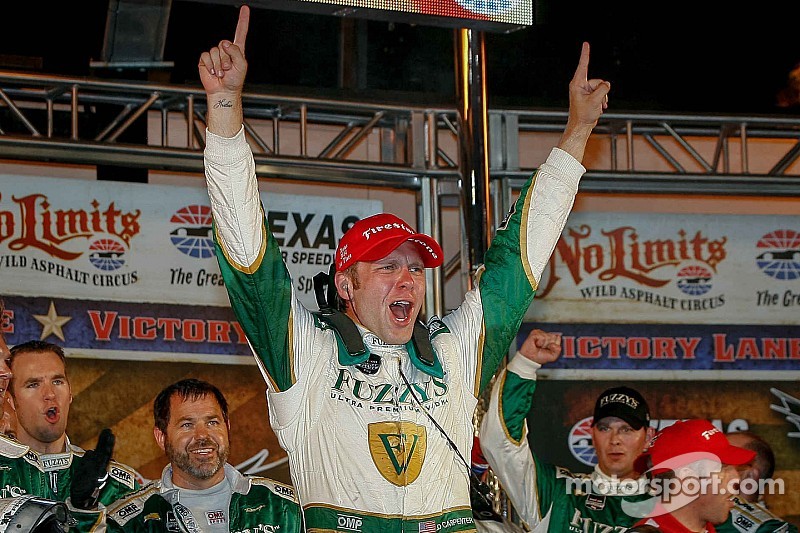 Motorsport.com spoke to Ed Carpenter to talk about 2015, Luca Filippi and the challenges of merging two race teams during the offseason in part one of a two part feature.

After two days of testing for Carpenter Fisher Hartman Racing at Sebring this past Tuesday and Wednesday, team co-owner and driver Ed Carpenter says the team is ready to take on 2015.

“It was the first real outing for the team, working on things for 2015,” Carpenter told Motorsport.com.

Carpenter said the first day was mostly spent getting newly signed Luca Filippi up to speed and comfortable with the team and the car, with both Newgarden and Filippi taking laps on the second.

“We are all happy with the first outing. We had a really good plan and it was good to start building a relationship with Luca. He has the ability to be fast. I think (Newgarden and Fillipi) are going to be a good combination,” he said.

Doubling the size of a team overnight

The formation of Carpenter Fisher Hartman Racing was announced last year as the merger between Carpenter’s team and former IndyCar driver Sarah Fisher and Wink Hartman’s outfit took place over the offseason.

While the assets of the team doubled, so did the personnel. Carpenter says the biggest challenge in a merger like that was getting everyone comfortable with the change.

“We each had really good groups coming into it. Really tight knit groups that each had our own successes at different levels. The biggest challenge is getting everyone used to the new situation. We doubled the size of the team overnight. There was change for everybody,” Carpenter said.

“Taking the long offseason to work through understanding how each side did things from how cars were built to how they manage engineering. We evaluated where each team did things well. That was the biggest thing was taking the time to do that. There is not a person in the building who hasn’t been presented with change. People don’t always like change.”

With that new group, Carpenter is confident that the team can put Newgarden in a position to win the drivers championship, and that they can get the #20 car into a spot where it can take home the owners title.

“I think getting on track is what we need. When you are at the shop you are all spread out working on different projects. Getting to the track, that’s when everyone starts working together. From what we have seen at the beginning of testing, we are happy with how things went,” Carpenter said.

CFH Racing anxious to get ahold of aero kits