The Carlin team has quashed rumors that it will revert to an Indy Lights-only operation next year, revealing that is in fact hoping to have two IndyCar entries.

Gallagher, the insurance company on which driver Max Chilton’s father Grahame Chilton was a former CEO, sponsored the former Formula 1 racer since he entered IndyCar with Chip Ganassi Racing back in 2016, and remained his primary sponsor when he switched to Carlin for 2018. Graeme Chilton had been co-owner of Carlin since 2009.

Eyebrows were raised when Gallagher disappeared from the sidepods of the #59 Carlin-Chevrolet in May this year, replaced by Match Fit Pass. When Max Chilton was unable to race in the Grand Prix of Indianapolis due to visa issues, and Carlin elected not to slot in an alternative driver – for example, RC Enerson, who was available and has raced and tested with the squad – speculation over the team’s future beyond the end of this season became rife.

Teams generally regard it as vital to have their cars on the grid at all races, not only to satisfy sponsors but also because the top 22 cars in entrant points at year’s end will be granted Leader Circle money (worth approximately $820,000 this year) to put towards that entry in next year’s NTT IndyCar Series. Therefore a team electing to sit out a race might be assumed to be putting less priority on their medium-term future.

However, Stephanie Tindall, Carlin’s PR manager and wife of team founder Trevor Carlin, said this was not the case, and that a confluence of circumstances – including Chilton’s oval racing sub Conor Daly being wiped out at the start of the previous race in Texas – prompted the withdrawal.

“We very, very much are about entrant points and the Leader Circle money,” said Tindall. “It’s critical to the program when you’re a small team like us.

“There were reasons we didn’t put anyone else in the car. It wasn’t an ideal scenario, but a small team in a pretty slim year, having just come off the back of severe accident damage in Texas, it was a tough call.

“It was very last-minute. The day before, we literally had agreed with Jay Frye [IndyCar president] and the guys at IndyCar who were incredibly supportive throughout, that if Max misses Friday practice and qualifying, he could do just the Saturday warm-up and race. That’s literally where we were, thinking it was still going to happen. But he arrived six hours too late.

“The problem was in perception: we could have handled it better. People read a lot more into it than there was to read into it. It genuinely was a timing issue.”

Regarding next year, Tindall was upbeat on prospects for the team which Carlin and Martin Stone founded in Britain in 1995, but which also has a base in Delray Beach, FL, from which the IndyCar and Indy Lights team operates.

“We’re at the same point as this time last year,” said Tindall, “trying to nail down sponsors for Max and trying to find other drivers who are either funded or who we can find funding for.

“Max hasn’t definitively said he wants continue in 2022, but then he hadn’t said that by mid-August in previous seasons, either, so there’s nothing unusual about that.”

Asked what the chances are of the team re-expanding to two cars, as per 2018 and ’19, Tindall replied: “They’re better than last year. I feel like we’ve weathered the COVID storm.

“In 2020, we had a European sponsor pull out on the very eve of the season, when the pandemic also caused St. Pete to be canceled – or eventually postponed to the end of the season. But we already have momentum with the #59 car.

“It’s interesting because we felt 2021 would be even harder than ’20, and it was at first because we were coming off the back of the pandemic. But we’ve weathered that and there are more positive conversations going on than this time last year, in terms of potential sponsors and investors.

“And also, guys like [Romain] Grosjean coming over, and [Christian] Lundgaard doing that one off last weekend and Alex Albon visiting – that’s all helped reinvigorate the driver market. I feel IndyCar teams can be a lot more confident because there’s so much interest from Europe in this series.

“So I’m not going to put any specific odds on running two cars, but it’s looking a lot more promising than at the same point in 2020.”

Dan Ticktum and Jehan Daruvala currently lie fourth and ninth in the F2 championship driving for Carlin, having between them accumulated seven podium including a win in the first dozen races. Tindall believes they and their peers will be keeping an eye on the open-wheel scene across the Atlantic.

“I think there are a lot of drivers looking to America now,” she replied. “I think we’re at a point in IndyCar where the depth of talent in the field now is phenomenal. So for European-based drivers to look across and see the chance to compete in a series on an even footing with their rivals – which certainly isn’t the case in Formula 1 – is really attractive.

“That said the budgets are still really big, substantially more than Formula 2, so there is still a big task, for both team and driver, to find the funding to make a move like that work.

“But yeah, we do have a pair of really strong drivers in F2 and I’m sure IndyCar is on their radar.”

Tindall says that she has seen no reduction in Chilton’s enthusiasm for IndyCar, where he runs all road and street course races plus the Indy 500, but cedes his seat to Daly on the non-Indy ovals.

“Max has taken a slightly different approach to his preparation this year,” she noted. “He’s taken on a mind-coach, and the communication within the team and between he and his engineer, I’d say, is stronger than it’s ever been. There’s more prep going on behind the scenes, and in a lot of ways he’s looking inwardly at himself as a driver and seeing how he can be better, more complete.”

She also rejected the idea that the British driver, who has said before that he wishes to race at Le Mans in a “regular” prototype (as opposed to the highly unusual front-engined, front-wheel-drive Nissan GT-R LM Nismo he raced in 2015), is in a holding pattern before the LMDh/Hypercars era of WEC and IMSA kicks in.

“Max definitely doesn’t think like that,” said Tindall. “He thinks of giving his best in the here and now, and doesn’t look beyond the program that he’s in at any given time. I think his efforts to improve himself sort of show that.

“It’s crazy-tough as a driver on a single-car team in a championship as tough as this. I know Max puts a positive spin on it, saying he likes the whole team focusing on him, but it’s brutal, to be honest. So it’s been as hard a year as we expected, but we’re proud of keeping our heads above water through the pandemic, and we’re just focused on moving forward now.” 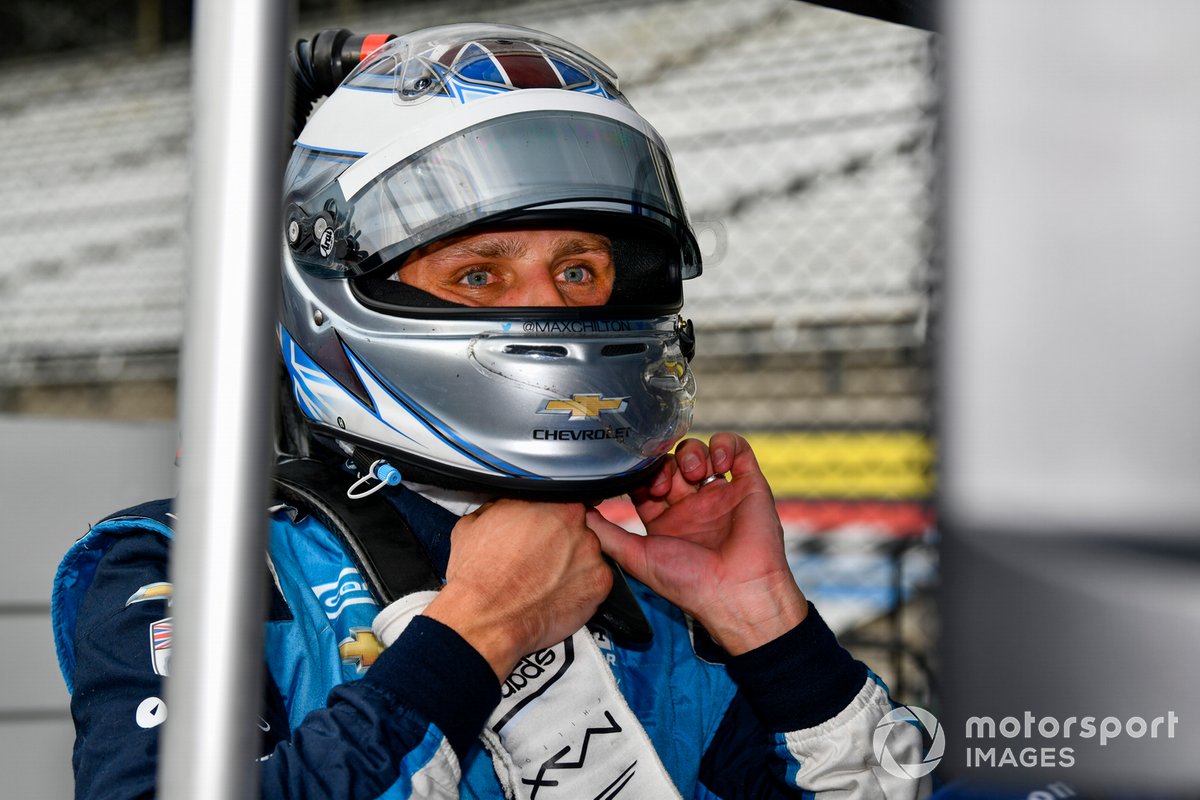