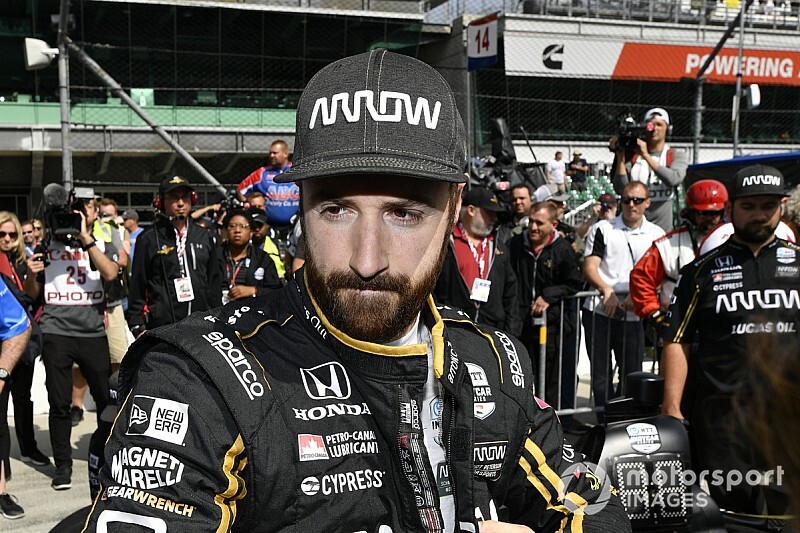 McLaren CEO Zak Brown says that Arrow McLaren SP had intended to run incumbent James Hinchcliffe in 2020 but that all stake-holders decided to take a “long-range view” and went for Oliver Askew and Patricio O’Ward.

The teaming of the last two Indy Lights champions at the expense of Hinchcliffe shocked many within the IndyCar community – not least Hinchcliffe himself. Despite his affiliation with Honda, he had been preparing to see out the last year of his current contract with the team which has switched to Chevrolet power for the 2020 season, and was due to test his #5 car with the team at Sebring next Tuesday in the fourth segment of IndyCar’s aeroscreen testing.

However, Hinchcliffe, one of the most popular drivers in IndyCar over the last 10 years, learned he was being replaced just a couple of days before the announcement, and is now sifting through a diminishing number of rides elsewhere.

“In business and racing, as you guys all know, things change, business environments change. There's lots of stakeholders involved and then Pato O'Ward came on the market. We tend to like drivers that Red Bull drops because we think they're really good!

“We decided to, in consulting with all the stakeholders, take a long-range view on what we thought was best for the team. And so we got Pato and Oliver, two drivers that we think have superstar potential. We thought that was a tough decision but the right decision for the team.

“While we're taking James out of the seat, we're honoring the balance of his contract – we're going to continue to pay him. Obviously racecar drivers like to race, so I understand his disappointment. There's lots of sponsors out there, he's hugely popular, he's been backed by Honda for some time, so hopefully between Honda and the teams that have voiced some interest, and sponsors, hopefully he'll be on the grid.

“We certainly hope to race him. But it was a decision that was based on what we thought was best for our race team long term.

Despite Hinchcliffe’s popularity in his native Canada, a country with a strong open-wheel racing fanbase, and in the U.S. when his popularity surged following his appearance on Dancing With The Stars, Brown said he wasn’t expecting there to be economic implications for the squad.

“As far as going with the two drivers that we went with, we've chosen them because we think they're the bright stars for the future,” he commented. “Economic implications for us – we've got three driver salaries and two drivers in the car… The driver bill has increased. [But] I think commercially the team is well-funded. We have some partners that we have signed. We've got more coming, so ultimately the team will have a higher driver bill than planned in 2020 but nothing that will break the bank.”

Asked if the team might now be regarded as the ‘villain’ team within the IndyCar paddock, Brown responded: “Within James's fanbase... We understand how popular he is. We took the decision knowing that there were going to be some unhappy James fans.

“At the end of the day we've got to do what's best for the team and that isn't always necessarily going to be what's the most popular decision. For me, most important is I hope everyone embraces Oliver and Pato and from what I've seen in fan reaction, while there's some disappointed fans, equally there's a lot of excitement around that driver line-up.”