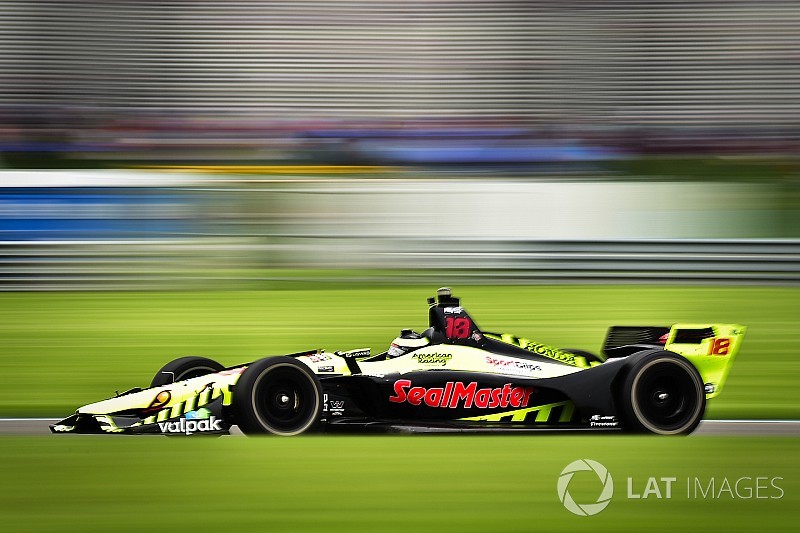 Dale Coyne believes his team can challenge for the Verizon IndyCar Series title this year, after Sebastien Bourdais consolidated third in the championship with another top-five finish in last Saturday’s IndyCar GP.

Bourdais won the opening race of the season in St. Petersburg and has backed this up with fifth at Barber Motorsports Park and fourth at IMS. The Dale Coyne Racing with Vasser Sullivan driver also took pole at Phoenix but got a drive-through penalty for hitting a member of his pitcrew.

“And when we finished fourth on Saturday, we were disappointed, because we’d had already had two disappointments this year –  we should have won Phoenix and then we should have got a top three at Long Beach except for that unfortunate timing with the yellow and our pitstop.

“But speed-wise, yeah, I think we’re developing the kind of consistency we need, and if we can keep finishing top three, four or five, and win one or two races along the way, then for sure that will put us in the championship hunt.”

Coyne stressed the importance of the Indy 500 not only as an event in itself but for its points implications in the championship.

“The double points races [Indy 500 and the season finale at Sonoma] are gonna be huge but I believe we can pull a rabbit out of a hat at Indy. We haven’t quite got our heads around the new car; there’s a couple of things we want to try setup-wise this week, but I think as we work through it and get to Friday, then like last year, we should be quick.”

Asked if this was the first time in the team’s 35-year history that he felt his lead driver had a legitimate shot at the IndyCar crown, Coyne replied, “Oh yeah. I mean, we were happy with where we were at technically and speed-wise last year but we kept having crashes and damage to repair. Terrible first half of the season. And of course we lost Sebastien while he was recuperating from his Indy smash.

“But this year, touch wood, we’ve been able to show our speed without having a ton of repairs to do. I think we’re in good shape.”

As this story was being published, there was still no official word on who will sub for Pietro Fittipaldi in the #19 car at Indy and Texas Motor Speedway, although sponsor PaySafe was believed to be pushing hard for the car’s other regular driver, Zachary Claman de Melo, to be retained.

Claman De Melo to sub for Fittipaldi at Indy 500