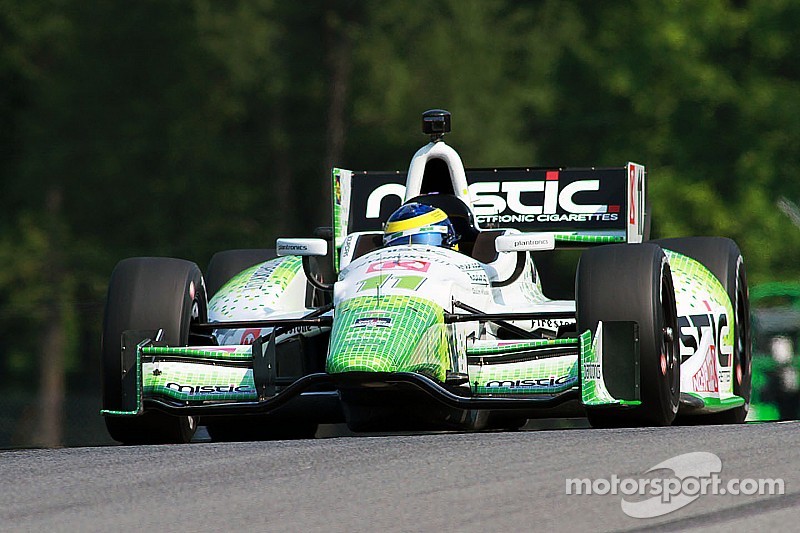 IndyCar took to the hills of Mid-Ohio today for two practice sessions ahead of tomorrows on track activity.

Sebastien Bourdais proved that his win in Toronto was no fluke, posting the fastest time in the afternoon session at Mid-Ohio.

While Bourdais’s time was quick enough to top the charts in the hotter session, Ryan Hunter-Reay’s time of 1:06.5316 from the morning session would remain the fastest time on the day.

Tony Kanaan is coming off of two straight podium finishes in Toronto, and said that the series his hoping to set an unusual record at Mid-Ohio.

If Sunday’s race can go caution free, it will be the third year straight that feat has occurred.

“I enjoy that a lot.  I think that's the way it's supposed to be sometimes.  The last two races, I think the fans loved it.  They liked the way it was. It opened the window for a lot of drivers to win races as well.  It makes a big difference.  Strategy doesn't get to play as much because you don't have as many yellows to play around,” said Kanaan. “Hopefully we'll go for three in a row.”

Work to be done yet for Rahal

One driver in the midst of a tumultuous season, Graham Rahal, ended the day in 15th, but talked about his hopes for Sunday.

“We need to take a step back.  I think we know what direction we need to head now but we only have one practice session left until it counts in qualifying. Some guys ran new tires at the end of the session and we didn’t so we’re probably a top-10 car but we need to be ahead of that,” said Rahal. “We have some work to do overnight.”