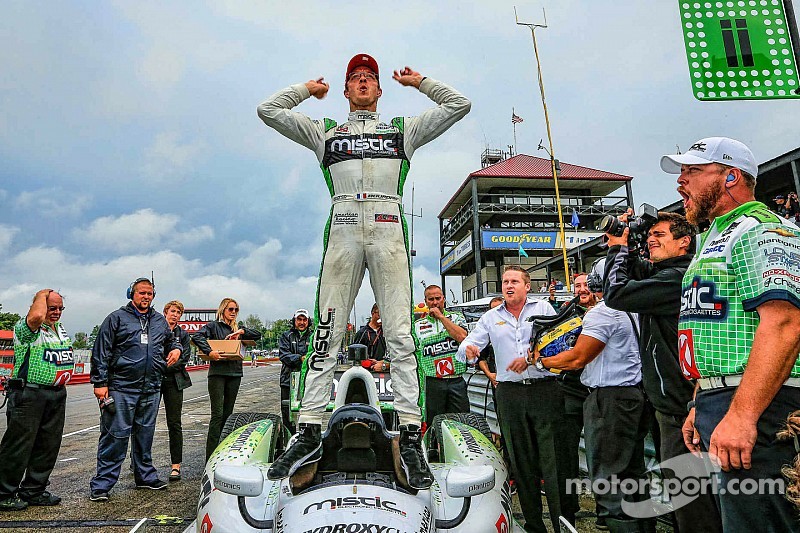 Sebastien Bourdais has taken his KVSH car to a second pole in the IndyCar series, besting the other 21 competitors awarding him his 32nd pole in the North American open wheel ranks.

Bourdais is now tied for seventh all time with Dario Franchitti for poles.

Taking up the other spot on the front row is Josef Newgarden who was pipped by about a half a second by the Frenchman.

The session was held on rain tires as a thunderstorm passed through the area prior to the start of qualifying.

Carlos Munoz and Tony Kanaan will share row 2, while weekend speedster Ryan Hunter-Reay and Will Power will share the third row.

Ohio native Graham Rahal ended the day 7th overall, missing out on the fast six by one hundredth of a second.

Scott Dixon who has four wins in the last even races at Mid-Ohio will start 22nd after bringing out a red flag in round one for a spin.

Tomorrow’s race is slated to start at 3 p.m. (ET). Currently the forecast is calling for rain at the racetrack.