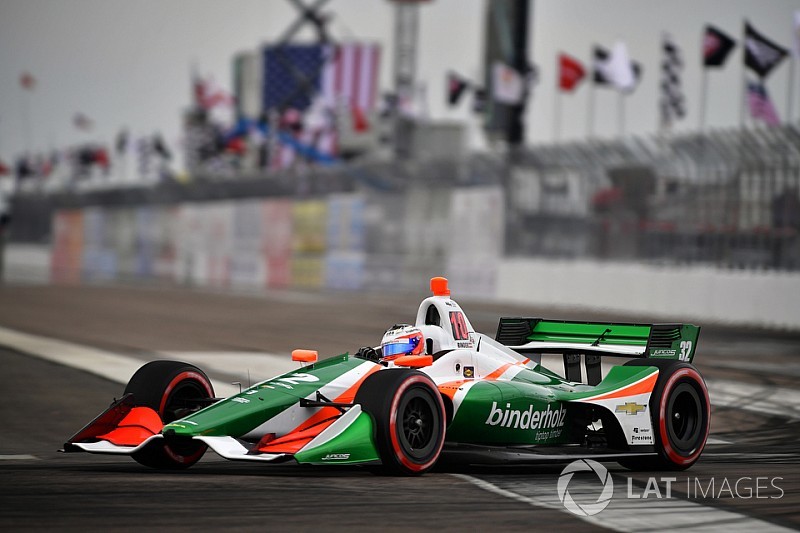 Binder and reigning Indy Lights champion Kyle Kaiser are sharing the #32 Juncos Racing-Chevrolet, with Kaiser taking the wheel at Phoenix, Long Beach, the Indianapolis Grand Prix and the 102nd running of the Indianapolis 500.

Binder made his IndyCar debut at St. Petersburg, and had already confirmed further outings at Barber Motorsports Park, Toronto and Mid-Ohio. However, the 26-year-old Austrian has now added the double-header in Belle Isle, Detroit, held the week after the Indy 500.

Reflecting on his St. Pete debut, in which he suffered braking issues 10 laps from the end, Binder told Servus TV: “I am satisfied. I have always improved during the race. The season is still long and we must continue to improve.

"At first I didn't think the circuit would be so different from Monte Carlo, but it is a difference if you drive an entire race. It is much more bumpy and the track has up to five different surfaces.

“This makes it very difficult because the grip conditions are different. That's what makes the big difference to a race like Monte Carlo."

Marco Andretti: “I totally agree with my critics”