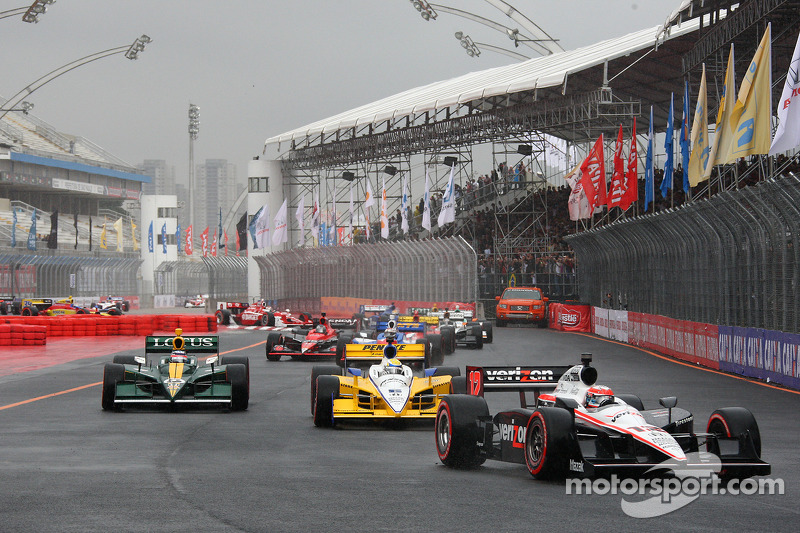 IndyCar CEO Randy Bernard hosted a multi-part introduction to the 2012 American open-wheel season at the Hilbert Theater in Indianapolis on Monday, declaring at the presentation’s conclusion his personal commitment to leading the series for the foreseeable future. The presentation introduced a new car, three new engines, a new television partner and several new sponsors during the two-hour online-streamed event.

Bernard quashed rumors of financial distress inside IndyCar and a sale of Indianapolis Motor Speedway by the Hulman family, boasting that the series is about to achieve new competitive and monetary success with at least 26 cars on the grid for the 2012 season. He also recommitted personally to leading the series as its chief executive. Bernard is now in his second year of leadership at the league. 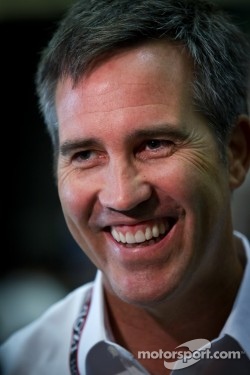 “There have been a few teething problems, and we’ve had to work harder the last six months than ever before,” said Ganassi Racing’s Scott Dixon of the new car’s shake-down on the test track. “It will be exciting racing this year.”

Defending IndyCar series champion Dario Franchitti added, “Already the car is quicker (than the previous model) on the road courses.”

“Going on the track at Indianapolis was an eye-opener,” he continued. “There’s some work still to be done there; but, the car is really coming along now. I’m looking forward to driving it this year.”

On the heels of IndyCar’s 28 % increase in television viewership and a gain of 9 % in live attendance in 2012, the series announced 6 events on the ABC television network (St. Petersburg, Indianapolis, Belle Isle, Milwaukee, Toronto, Mid-Ohio). NBC Sports Network will carry the remaining 10 events, plus the network has announced plans to showcase a driver over the competition weekend for a new 30-minute show televised weekly. Also, NBC will cover Indianapolis qualifying weekend on May 19th and May 20th, in addition to Carb Day on May 25th. Finally, the entire Firestone Indy Lights schedule will find its way on-air in the 2012 season.

Going on the track at Indianapolis was an eye-opener.

Among the events highlighted on the 2012 schedule was the on-again, off-again street race in Baltimore. Bernard reiterated the IndyCar series intent to work with the new promoter to make a successful return to the circuit on September 2nd.

The biggest announcement among advertisers came from Firestone, which has now re-upped for the tire contract through 2014. Firestone had previously announced a plan to withdraw from the series but team owners, management and fans persuaded the giant tire manufacturer to return. Deals were also announced with Discover Card, Lids headgear and Fuzzy’s vodka.

Mark Koretzky of IndyCar announced a revamped series website (debuting in 2 stages, the first uploading in late March) and a new mobile app (including the iPhone) that features live telemetry information from the racecars and an innovative “augmented reality” function that allows interactive construction and deconstruction of the cars. 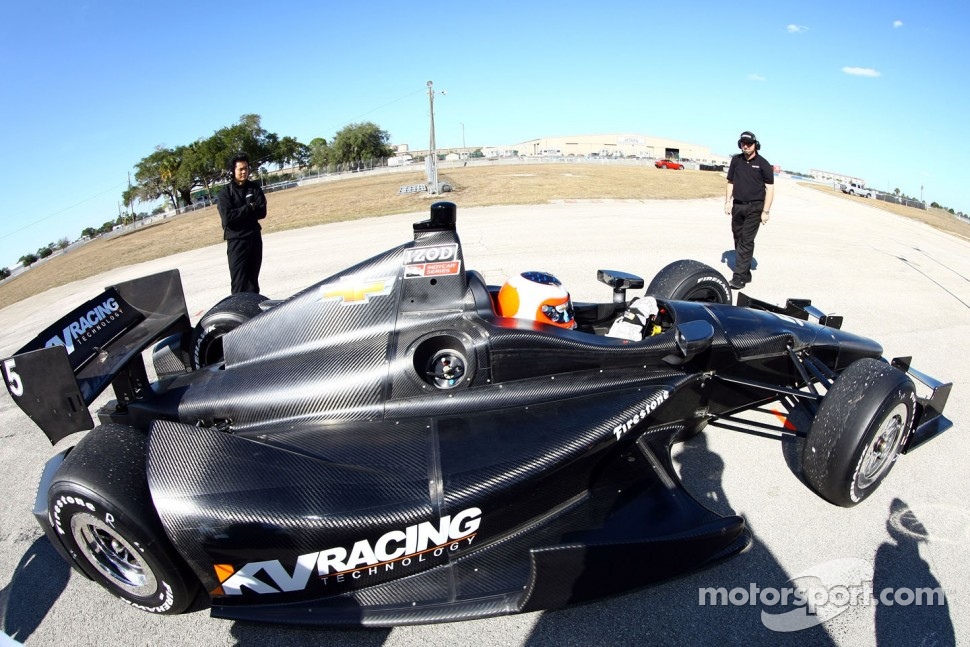