Subscribe
Previous / Herta: “Once or twice a year you have a car that dominant” Next / Newgarden: Herta “seems like the top gun” at Andretti
IndyCar / St. Pete News

All four Team Penske-Chevrolet aces were left satisfied by their race day performances at St. Petersburg, although none of them appeared to have an answer for winner Colton Herta’s pace.

Josef Newgarden and Simon Pagenaud moved from the second row of the grid to claim podium finishes, Will Power climbed from 20th on the grid to snatch eighth in the closing laps, while IndyCar rookie and Supercars champion Scott McLaughlin completed another race distance to finish 11th.

Newgarden, who had triggered a major Lap 1 shunt at the opening round at Barber Motorsports Park last week, described a runner-up finish at St. Pete as “a good bounceback by the entire crew and the team, and to get some good points is really what we needed today.”

The 2017 and ’19 champion continued: “I think team Chevy did a really nice job doing their homework, and I think us as a group put in a lot of effort this off-season and found some good pace.

“We were in the mix today without a doubt. We were in the fight, just came up a little bit short. But I think a lot of the work from all the people at Team Penske is paying off, and it's good to get a podium finish for team Chevy and Hitachi.”

He said too that he gained satisfaction from the fact that Herta – one of the victims of his Barber error – was the driver who beat him today.

“I was really pleased for Colton, for him to have a solid day. I think him and his crew were certainly deserving of the victory. They were very strong, just a touch better than us They worked hard, and it was nice for them get a bounceback event, too.

“They got caught up in the mess last week through no fault of their own. I felt pretty bad. It was just one of those things. It's tough to have a bad weekend, and when you affect others it makes it double tough.

“So I was happy to have a nice little battle with Colton. I think we had a good little race there at the end. It'll be fun to do that hopefully a couple more times this season.”

For 2016 champion Pagenaud, third place was a breakthrough given that he hadn’t finished a road/street course race in the top three since last season’s second round.

“Thanks to the whole team for working on the street course package as hard as it did with Team Chevy, and overall great performance,” he said afterward. “Very pleased with third place. It's a really good hope for the championship knowing how good we're going to be on oval.

“I think the street course package is very satisfying. I think we've made big improvements, especially since we were here last year. We had a good understanding what we needed from the car, and we found a really good package for my style. So very excited about street course racing.

“On the road courses, yeah, we need to keep digging, keep finding some performance. Not fully happy there, and I think this is probably our weakness compared to how good we're going to be on ovals, which I think is going to be our biggest strength this year.”

Power climbed through the field on a three-stop strategy to claim eighth and move to within two points of championship leader, Chip Ganassi Racing’s Alex Palou who won last weekend in Barber. 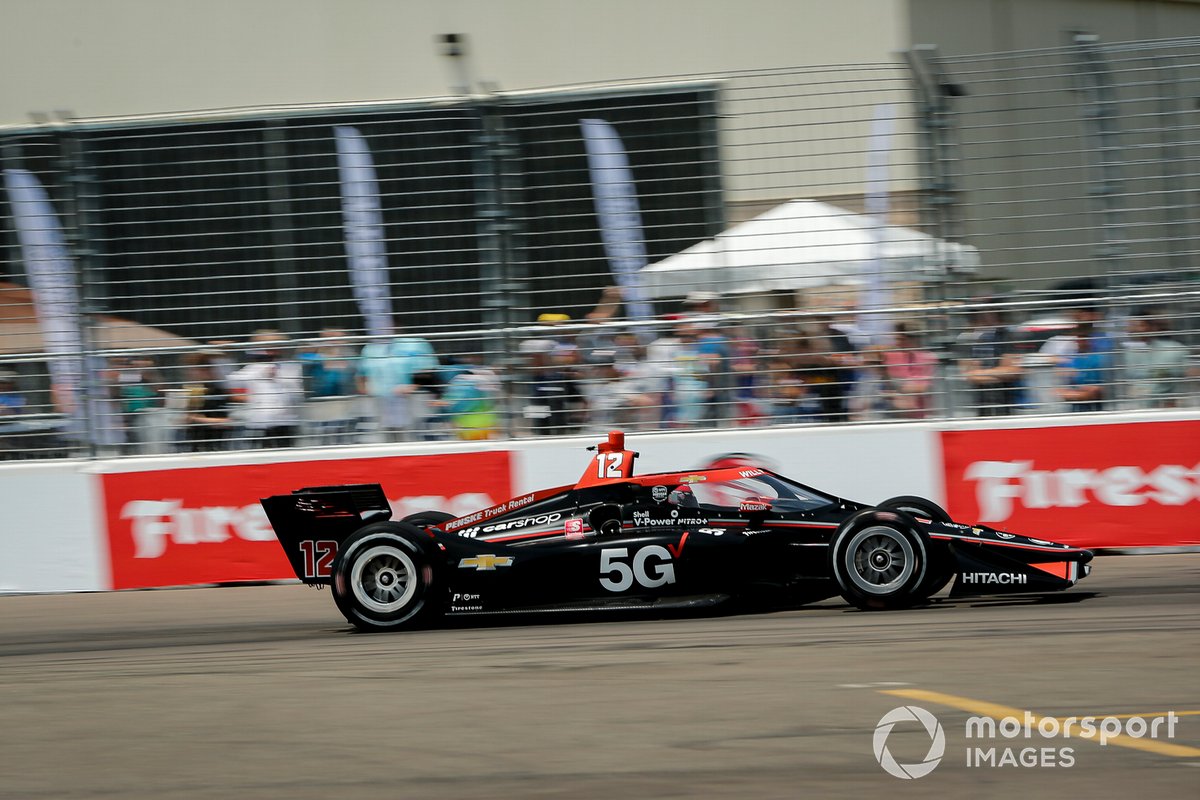 “Really solid day for us to get up there to P8,” said Power who was mortified by clipping a wall as he wrestled with an ill-handling car in qualifying. “Inside the top 10 was our goal starting the race. Obviously qualifying was pretty disappointing, but yeah, solid pit stops today.

“We tried to catch a few yellows and finish in the top five but it just didn’t work out. We passed a lot of cars on track and the car did really well. Really good day.”

McLaughlin, who lost 35lbs in the offseason, described his third IndyCar race and second at St. Pete as “very hot, very humid and one of the most physical races I have ever done.”

He continued: “I was probably a little bit too safe at the start. I was just trying to keep my front wing on. It was pretty forceful out there and a lot of the veterans around me were just using a bit more of their experience on colder tires. 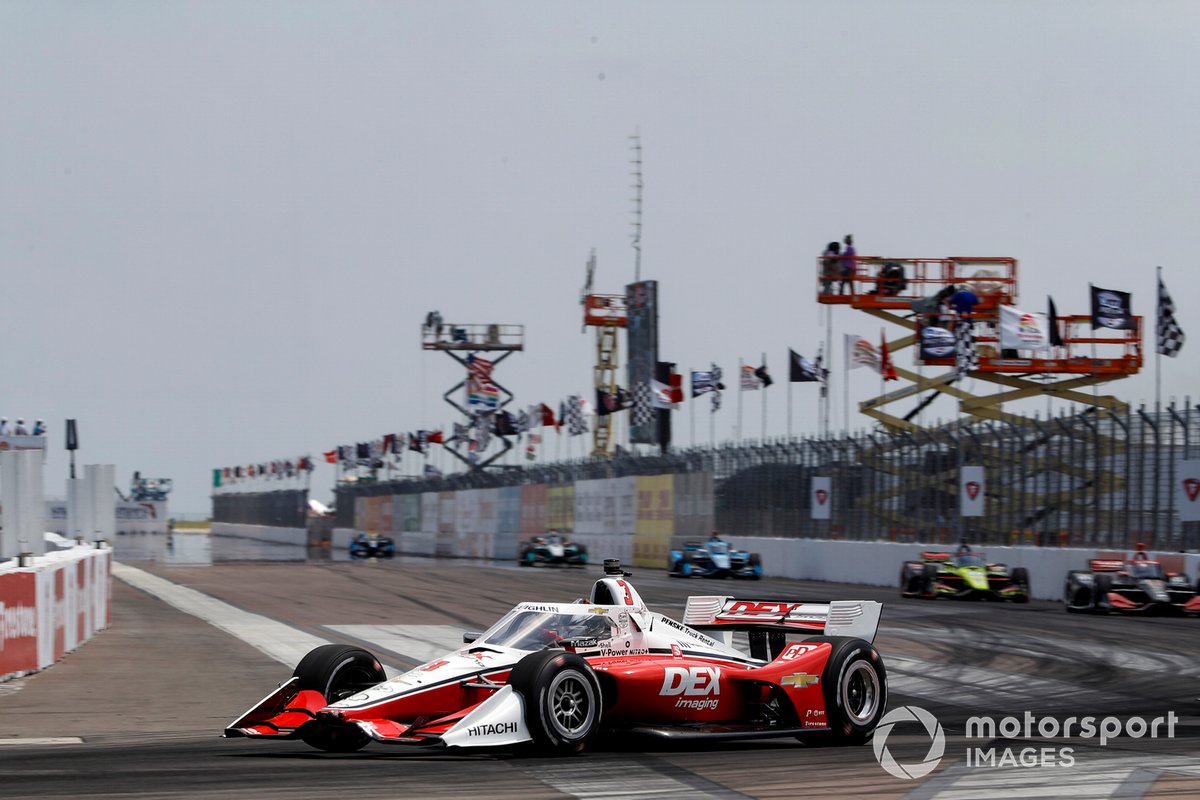 “We got around in the first stint and we pitted at the right time and we were actually on a very alternative strategy there, that could have almost put us in the lead. Unfortunately there were a couple of spinners towards the middle of that race, and our team reacted, we pitted, we did the right thing on that strategy, just unfortunately there was no yellow!

“We didn’t use the speed we had in the clear air to really get going, but for me right now it’s continuously finishing races. Finishing P 11 is a great run for us and we will continue to build on that and hopefully come the end of the year we will be bigger, better and stronger.”

Herta: “Once or twice a year you have a car that dominant”

Newgarden: Herta “seems like the top gun” at Andretti

Lundgaard: RLL improving its pace Lundgaard: “I don't see a reason why we can't be competitive”

More from
Will Power