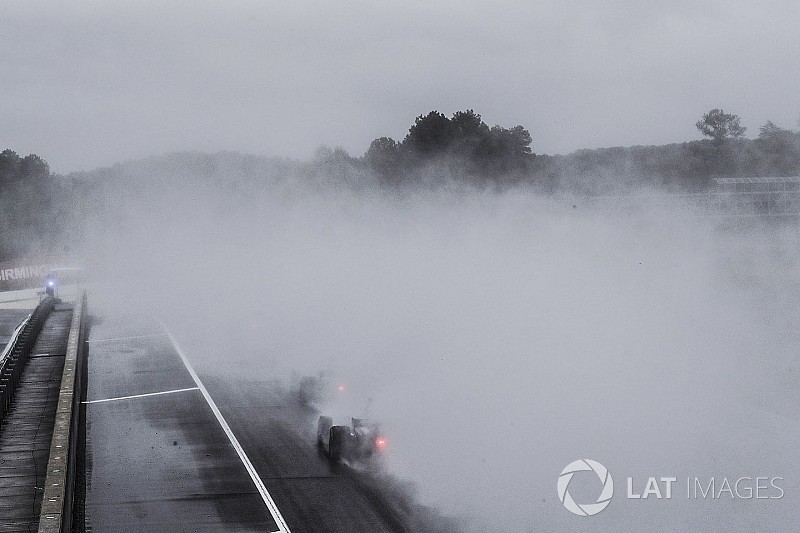 The Honda IndyCar Grand Prix of Alabama has been pushed back until Monday, after running just 22 laps, almost half under yellow flag conditions.

Team Penske-Chevrolet’s Josef Newgarden will lead the field to the green tomorrow morning at Barber Motorsports Park, with the restart time set for 11.00am local (Central) time.

The wet race saw Carlin Racing’s Charlie Kimball cause the first yellow flag after his car jammed in gear following a spin into a tire barrier, and then Penske’s Will Power hydroplane into the pitwall on the subsequent restart as the rain fell harder.

That brought out the red flag for 35 minutes, and though the cars were sent back out behind the safety car to complete four more laps, the Race Control – using feedback from drivers – elected to red flag the event once more.

The teams returned to pitlane and this time drivers were allowed to get out of their cars.

Newgarden will lead Dale Coyne Racing with Vasser-Sullivan’s Sebastien Bourdais, followed by the Andretti Autosport cars of Ryan Hunter-Reay and Alexander Rossi, and the Schmidt Peterson Motorsports-Hondas of James Hinchcliffe and Robert Wickens, split by Zach Veach (another Andretti car).