Dale Coyne says Marcus Armstrong would be an excellent addition to his team, but says he was also impressed with Indy Lights driver Danial Frost in his first IndyCar test.

Multiple Formula 2 race winner Armstrong of New Zealand was in action at Sebring on Wednesday, along with four other drivers as part of a rookie evaluation day. Although he ended the day fourth fastest after turning 131 laps of the 1.7-mile short course, Coyne said that was not representative.

He told Motorsport.com: “We kinda got screwed by Honda, and I’m not afraid to say that because we had push-to-pass but they said ‘Don’t use it on your fast lap.’ I don’t know why, because I know the other three Honda cars did.

“But anyway, the result is that we should have been four-tenths quicker than we were because our time was without push to pass.”

That would have put Armstrong third fastest, ahead of Jake Dennis (Andretti Autosport) and just four-hundredths slower than his Formula 2 Hitech Grand Prix teammate Juri Vips, who was testing for Rahal Letterman Lanigan.

Coyne said that Armstrong was also good regarding technical feedback to Don Bricker, who ran both Armstrong on Wednesday and Frost on Thursday.

“He was really good in the slow corners, which is something we always look at in Sebring because they’re really bumpy and a lot of our tracks have bumps that European-bred drivers don’t normally have to deal with. They have slow corners in Formula 1 and Formula 2, but not with the bumps that we have. So yeah, we were pleased to see that.

“The steering didn’t seem to bother Marcus, but I’d say the car fatigued him – and Danial – because Sebring requires hard braking, you’re really pushing that pedal hard and they were both surprised that their legs weren’t stronger.”

Asked if his performance made Armstrong a strong candidate for a third DCR ride, alongside David Malukas and Takuma Sato, Coyne replied, “He’s a very good candidate for a ride with us, yeah.

“Third car? We have to see about that. David is staying, we know that, that’s all done. We’d like to get Takuma done too, but we’re not there yet. He’s in Japan trying to get details together with all his sponsors; but he’s hopeful so we’re hopeful. And he’s loyal to us, and we’re going to be loyal to him.

“Marcus seems to have given up on Formula 2, he seemed enthusiastic about us and about IndyCar. If we can get a third program together to run Marcus as well as David and Takuma, that would be the ideal scenario.”

While Coyne expected Armstrong to be as impressive as he was, he admitted that Frost’s performance had exceeded his expectations. The Singapore driver, who won the first Indy Lights race on the road course in 2022, is about to commence his third Lights season, his second at the HMD Motorsports with Dale Coyne Racing team.

“Danial was good, yes, I was pleasantly surprised because his résumé is… his résumé, so I wasn’t expecting much,” Coyne admitted. “But you never know when a guy goes from a lower-powered car to a higher-powered car, right? Sometimes it just suits them better. And Danial did a good job.”

Coyne wasn’t prepared to give Frost’s lap time but admitted that he was quicker than Armstrong – although with the aforementioned caveat of Armstrong curiously not being allowed to run push to pass.

“He was very smooth and methodical and just worked it up slowly and never put a wheel wrong. His feedback was OK, although it wasn’t as good as Marcus’s, because he hasn’t raced at Marcus’ level yet.

“But it was interesting because you could see he was very steady and sensitive. We could make a change to the car and he could read the change, and we could see it in his driving. We were very happy with the cadence with which he drove. It was very eye-opening for us, I would say.

“He wants to do IndyCar some day but recognizes he needs another season of Indy Lights. I told him if he wins an Indy Lights championship, he’ll be ready to move up. I’m looking forward to seeing how he progresses next year.” 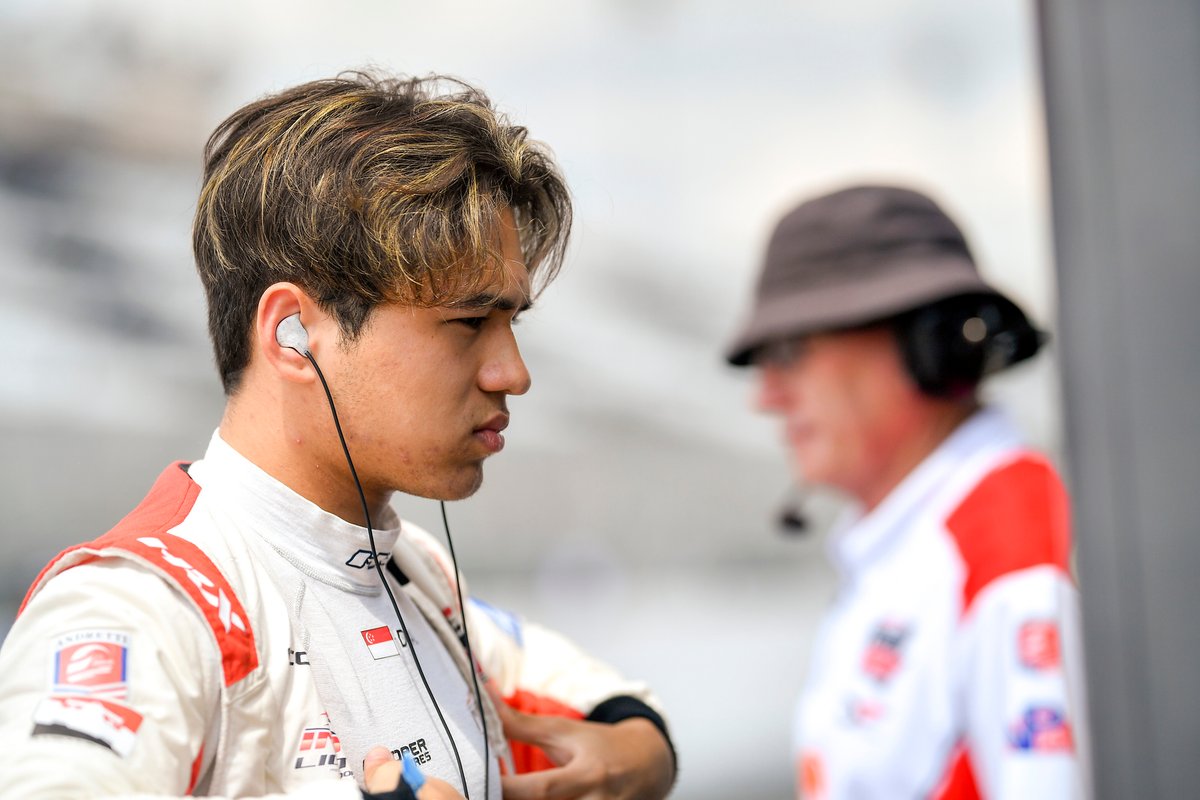 Danial Frost pictured in 2021, his first year of Indy Lights.