Another bump in the road: Pagenaud and Aleshin Tackle Houston 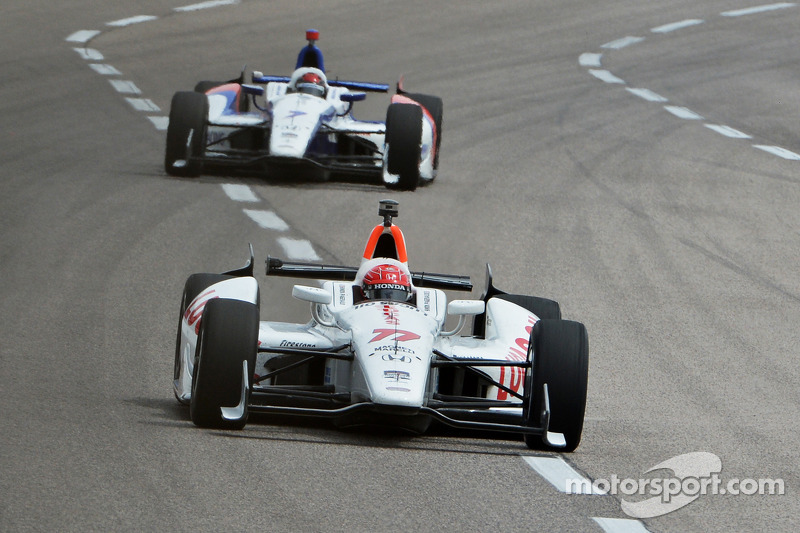 The 10-turn NRG Park in Houston, Texas has a reputation for punishing drivers physically with numerous bumps on its concrete surface.

INDIANAPOLIS - Midway through the 2014 Verizon IndyCar Series season, Schmidt Peterson Motorsports (SPM) teammates Simon Pagenaud and Mikhail Aleshin are accustomed to navigating the "bumps" that arise during races in the form of on-track incidents with fellow competitors. However, those figurative "bumps" become literal this weekend at the Shell and Pennzoil Grand Prix of Houston doubleheader race weekend.

The 10-turn, 1.683-mile temporary street circuit built through NRG Park in Houston, Texas has a reputation for punishing drivers physically with numerous bumps on its concrete surface. 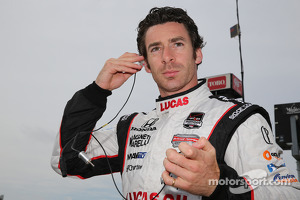 "I think the main challenge on all street circuits is that the walls feel very close," rookie Mikhail Aleshin said. "Street circuits are normally bumpy compared to road courses, and because of that you need to learn the bumps on the track. You try to take the perfect line in every corner, but in some corners you have to take a line around the bumps instead. That will be the case in Houston, and knowing how to handle the bumps in each corner comes with experience. At the end of the day you need to drive these circuits yourself to truly learn them."

Aleshin's teammate Simon Pagenaud learned the Houston track during the 2013 doubleheader race weekend where he finished fourth and sixth. Pagenaud predicts dehydration and fatigue from the extreme Houston heat and humidity may be the biggest challenge.

"It's June, and we're in Houston," he said. "You know it's going to be super hot. I've spent the past week in California running outside during the hottest part of the day and staying hydrated. Putting your body through stress in a hot environment is the best way to prepare for two races in extreme conditions." 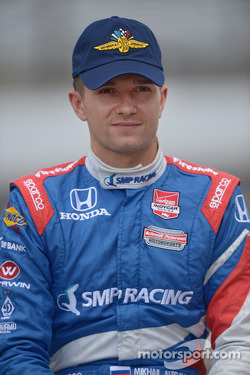 "Houston is a track where you don't really have any time to breathe," he said. "There's no straight line. You just go from corner to corner, and the bumps put a beating on you. I'm expecting some surprises and lots of action during both races."

The Shell and Pennzoil Grand Prix of Houston marks a return to racing for the Verizon IndyCar Series after two weekends off from competition. However, SPM tested on the Milwaukee Mile and Iowa Speedway ovals as well as the Sebring International Raceway road course during that time.

"Sebring was the perfect test simulation before Houston because it's so hot in the summer in Florida," Pagenaud said. "We knew it would be the most accurate place to run compared to Houston because it is bumpy and has relatively slow speed, similar to a street circuit. We have a good understanding of what we need to do during the Houston races now, which is a continuity of what we were up to in Detroit on the last street circuit. We'll try out what we learned during the first practice session in Houston to see if we've moved in the right direction."

IndyCar to stream practice activity for remainder of season