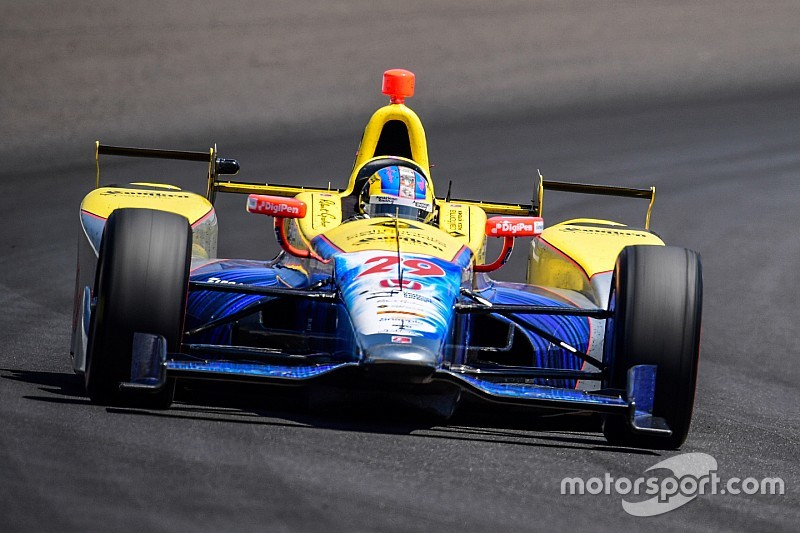 Michael Andretti has confirmed that Andretti Autosport will again campaign an extra car at the Indianapolis 500, but admits the driver selection has not been made.

In the last 11 years, Andretti Autosport (née Andretti Green Racing) has nine times run extra/‘one-off’ entries at the Memorial Day Weekend classic. The best of these performers has been rookie Carlos Munoz who started and finished second in 2013.

Last year, Townsend Bell played a starring role and was a contender for victory until colliding with teammate Ryan Hunter-Reay on pitlane after bouncing off Team Penske’s Helio Castroneves. Andretti Autosport nonetheless went on to score a 1-2 with Alexander Rossi and Munoz.

Andretti told Motorsport.com: “We’re definitely preparing to run five cars. We have four or five possible programs we’re working on for Indy and hopefully one of them is going to get done soon.”

Andretti ruled out his Formula E drivers, Robin Frijns and Antonio Felix da Costa – both of whom have expressed strong interest in IndyCar – due to a calendar clash. Formula E’s fifth round of the 2016/’17 season, in Paris, is being held on the same weekend as Pole Day/Qualifying for the 500.

Coming off the back of a season in which Honda defeated Chevrolet just twice in 16 races, Andretti warned to not expect a major swing in Honda’s favor in the overall results for the 2017 season, given the aerokit freeze.

“It’s going to be similar to last year,” he said. “When we go to places like Phoenix, the Chevrolets have a big advantage. At Indy, I’m hopeful that Honda will keep its advantage. So it’s going to balance out at different tracks.

“The more you have to trim the aerodynamics from the kit, on the road course and short-oval specification of the kit, the worse it is for us,” he continued. “Ours is less efficient than Chevy’s. The higher downforce tracks we’re better, but as soon as you start trimming, our efficiency goes bad.”

However, he remained optimistic that Andretti Autosport itself will overcome its own difficulties that saw it struggle to regularly match Honda pacesetters Rahal Letterman Lanigan Racing and Schmidt Peterson Motorsports in 2016.

He said: “We’ve made a lot of changes within our team and I’m real happy with what we’ve been able to do.  We used to have Ray Gosselin, Ryan Hunter-Reay’s race engineer, also serving as technical director. Now we just have a technical director, Eric Bretzman, and that has really strengthened our team in the off-season.”

"Performance criteria" will decide when 2018 IndyCar is unveiled