Despite all four Andretti Autosport-Hondas starting in the Top 10, it turned into a miserable day for Michael Andretti’s squad, with Alexander Rossi’s fifth place as the highlight.

While Kyle Kirkwood and Danial Frost delivered a two 1-2 finishes for Andretti Autosport in Indy Lights at Mid-Ohio, a day of promise in IndyCar started crumbling within seconds of the start of the Honda Indy 200.

At the first turn – Turn 4 at Mid-Ohio for the start of the race – James Hinchcliffe who had qualified ninth, slid off the inside curbing while completing a pass on Rinus VeeKay, and his nose tapped teammate Ryan Hunter-Reay’s right-rear just hard enough to spin the DHL car into the tire wall on the inside, as well as ending up on the grass himself. Hinchcliffe resumed but fell to the back of the field, while Hunter-Reay lost two laps after limping to the pits for a new toelink.

"We had a good start,” said Hunter-Reay. “We moved up a spot there going into Turn 1 … Then we just got dropkicked and put into the wall. We bent a toe link and spent the rest of the day two laps down.

“Not really sure what else we could have done or what to think of the whole thing. We were just a victim of the situation."

Hinchcliffe, who was eventually classified explained it thus: “"Tough pill to swallow today. This place is all about track position and obviously we lost it all on Lap 1. I’m super bummed about that and also that Ryan (Hunter-Reay) was involved, but it was just one of those racing deals.

“We did what we could from there. We wanted more for the #ShiftToGreen Andretti Steinbrenner car, but heads down for Nashville in a few weeks."

Their teammates Colton Herta and Alexander Rossi continued in second and fifth respectively, Herta staying within 2.5sec of eventual winner Josef Newgarden, but he was stationary for 25sec during his first pitstop due to a faulty fuel probe. Then at the second stop, he stalled as he was leaving the pits, and after clawing his way back up to seventh, he had to make a splash-n-dash on the penultimate lap and fell to 13th.

“"It was a miserable day as a whole for the Gainbridge Honda,” said one of last year’s Mid-Ohio winners. “Everything that could go wrong did. It just wasn’t our day. We will try to figure out what went wrong and then move on and keep pushing."

Rossi spent seemingly the whole race staring at the rear wing of Scott Dixon’s Chip Ganassi Racing-Honda, and the pair of them were jumped by Alex Palou during the second round of pitstops, consigning Rossi to fifth at the checkered flag.

“It was an OK day,” said the 2018 Mid-Ohio winner and championship runner-up. “I wish we could’ve gotten past Scott and into some clean air, but ultimately it was a solid day for the #27 NAPA Auto Parts guys.

“We have some decent momentum going into the summer break and I’m already counting the days until Nashville." 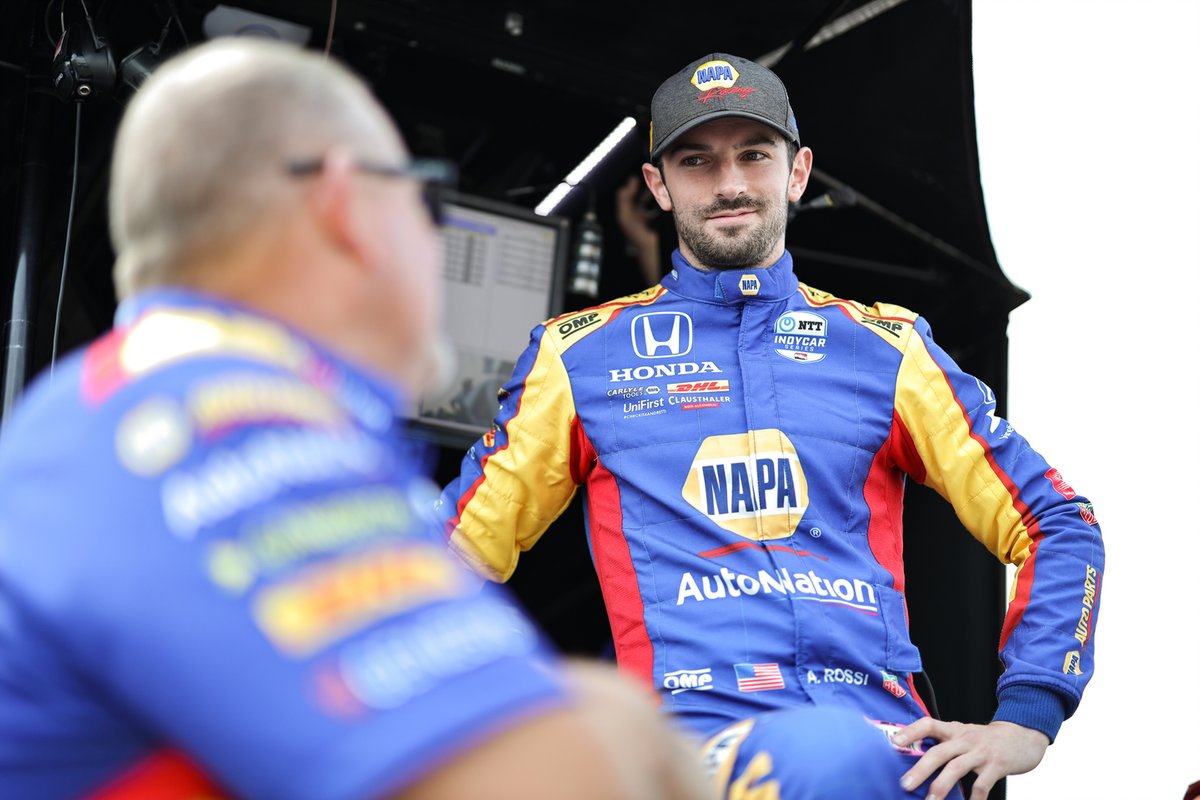 Newgarden was calculating grip loss to win at Mid-Ohio

Newgarden: Palou is “most complete” of IndyCar’s new stars