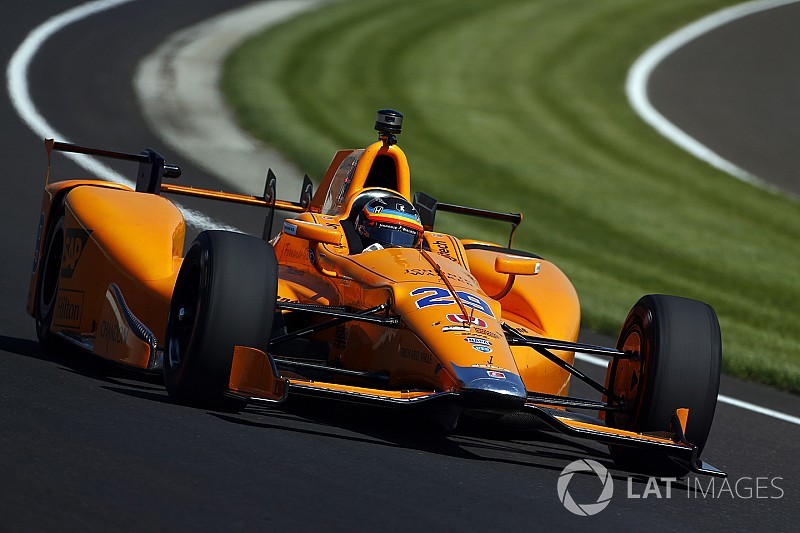 However, it returned briefly this season when Fernando Alonso skipped the Monaco Grand Prix to race a McLaren-Andretti Autosport Honda in the Indianapolis 500. He qualified fifth and led 27 laps, but was eliminated by engine failure with 21 laps to go.

Following the announcement that Brown’s United Autosports and Andretti Autosport have bought into Walkinshaw Racing Supercars team, both have suggested a possible renewal of the partnership in 2018, although neither made any reference to Alonso returning. The Spaniard has yet to renew his contract with McLaren, which will be switching to Renault engines next year.

Andretti told Motorsport.com: “There’s still a good chance that McLaren can be at Indy with us next year, so we’ll see.

“Zak is trying to get his house in order a little bit, but the plan is to do things together in the future, hopefully at Indy.”

Brown expressed similar sentiments, but suggested that improving McLaren’s fortunes in Formula 1 – it is currently ninth out of 10 teams in the constructors’ championship – was a priority.

He told Motorsport.com: “IndyCar remains of interest to McLaren. We had an outstanding experience with Andretti Autosport and we continue to explore ways to continue our involvement.

“No merit” in rumors of Alexander Rossi at Toro Rosso