DeFrancesco, an Indy Lights graduate, will be backed by hydrogen production and dispensing fueling infrastructure innovators, PowerTap Hydrogren – supporters of DeFrancesco and Andretti Steinbrenner Autosport over the past years on the “Road to Indy” ladder.

Capstone Green Energy provider of customized microgrid solutions and on-site energy technology systems, as seen on the AA entries of Colton Herta and James Hinchcliffe in the last three seasons, will return and, as before, occasionally be primary sponsor.

Atmofizer Technologies will use its involvement in IndyCar to promote its mission of making air and water safer for people and the environment.

“Ever since the announcement of me graduating to IndyCar last November, this has been one of the days I have really been looking forward to,” DeFrancesco said. “To see the car for real and have my name on it is a fantastic feeling.

“I’m incredibly grateful for the continued support of PowerTap Hydrogen, who has been with me on the Road to Indy, and to Capstone, who has also shown faith in me to continue on the #29 car this year. Now, with Atmofizer joining us as well, we have three great primary partners who are leaders in environmental technology.” 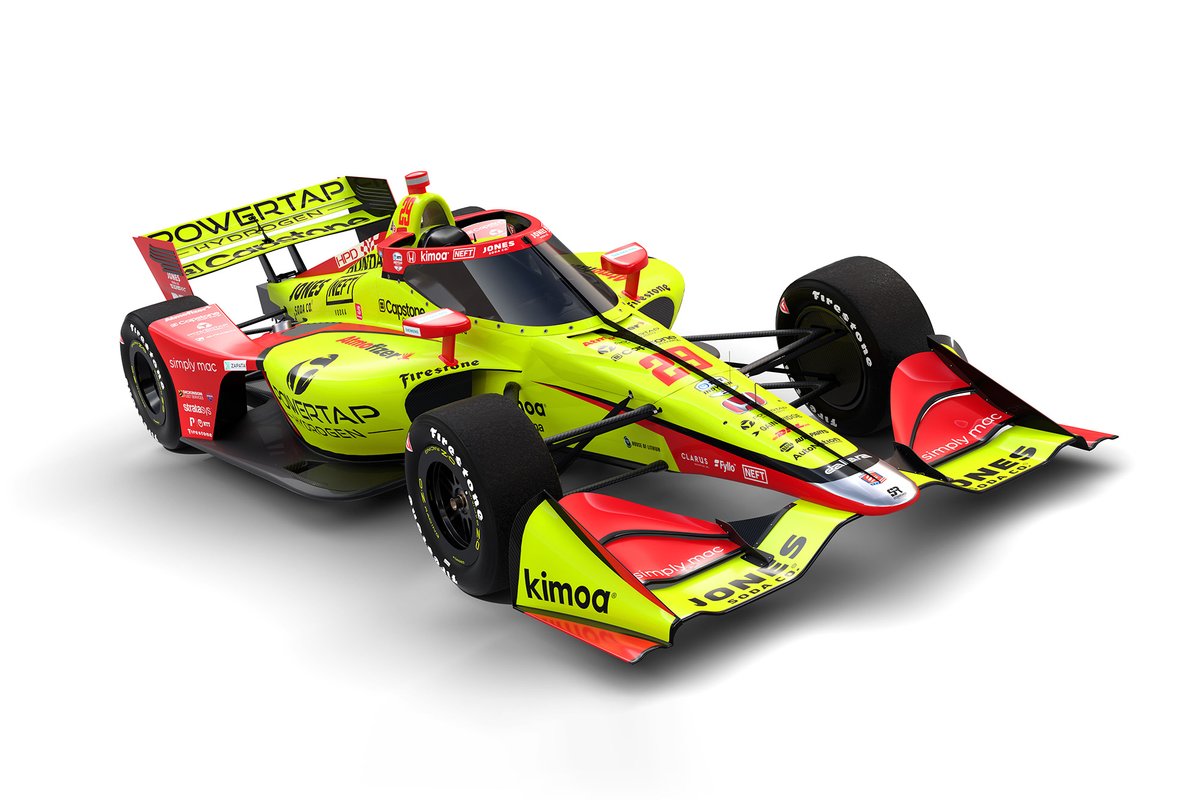 AA chairman and CEO Michael Andretti said: “The partners showcased on the #29 car represent a combination of both familiar and new faces to the sport and represent the continued growth of the Andretti Steinbrenner Autosport program. We’re looking forward to seeing what the season brings.”

Co-entrant George Steinbrenner IV added: “We’ve been very fortunate over the past few years to have many great partners that are still with us now like Capstone and PowerTap. With these partnerships we’ve been able to forge new ones in the green energy space with brands like Damon and House of Lithium. We’ve also been lucky to build new partnerships with companies in other industries such as Wesana, Fyllo, Kimoa, NEFT, and Atmofizer that are exciting partners for us.”’

DeFrancesco will be part of a four-car Andretti Autosport line-up, he and series sophomore Romain Grosjean joining incumbents Alexander Rossi and Colton Herta.

DeFrancesco starts campaign for neonatal ICU that saved his life