Andretti Autosport-Honda has announced that Colton Herta will switch to the team’s #26 car, as the Harding Steinbrenner name is dropped. 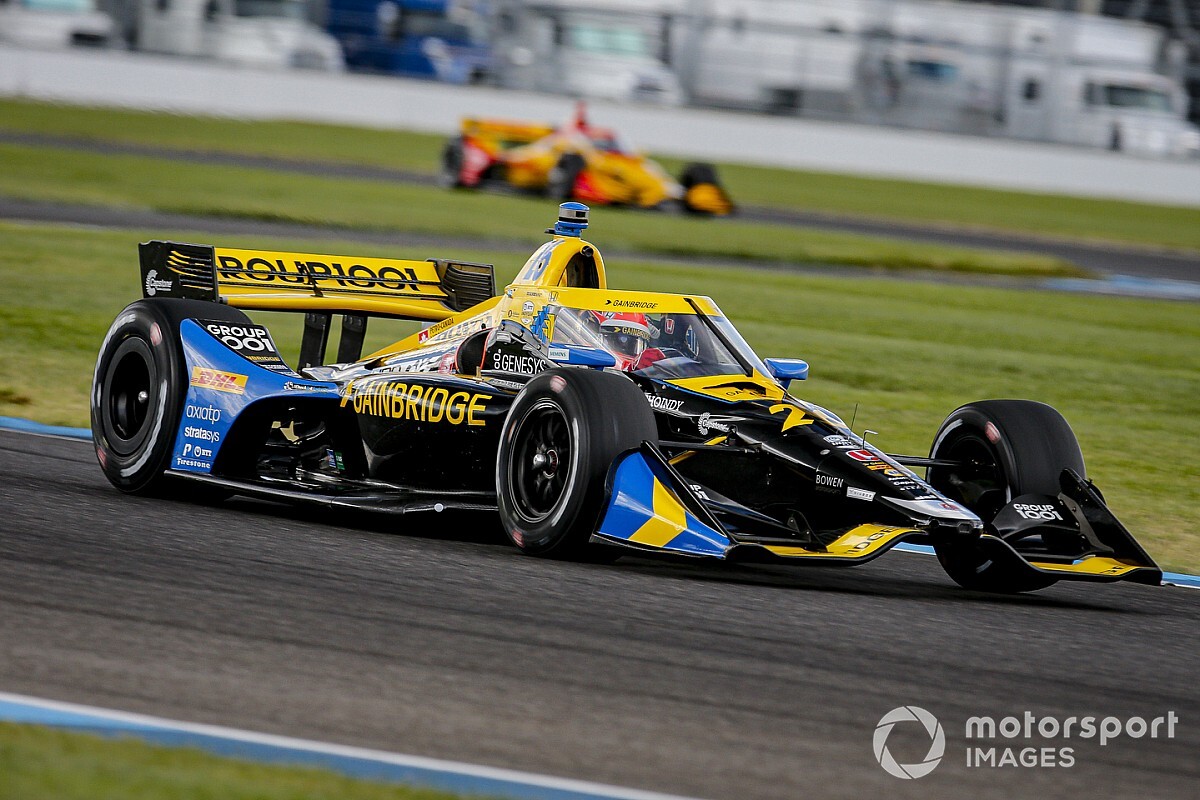 For next season, Herta, who already has three race wins to his credit, takes over the #26 Andretti Autosport-Honda. From 2018, this entry was piloted by Zach Veach who relinquished the cockpit to James Hinchcliffe (pictured above) for the last three rounds of 2020.

As Motorsport.com predicted in October, Herta will be sponsored by Gainbridge, which according to the team’s release is “a digital platform providing simple and direct access to trusted financial products to help clients grow their money for goals big and small, not just for retirement.”

“Colton has quickly shown in the NTT IndyCar Series that talent and drive produce winning results,” said Dan Towriss, CEO and president, Group1001 and the Gainbridge brand. “Gainbridge is proud to align with Colton and Andretti Autosport to represent our brand and values… The confidence and consistency demonstrated by Colton makes him a great fit to represent Group1001 and Gainbridge.”

Although Herta scored ‘only’ one win in his sophomore season, it was the team’s sole triumph of 2020, and Herta’s remarkable pace, consistency and relative absence of error when the team was struggling in the first half of the season helped him finish third in the points race, beaten only by Scott Dixon (Ganassi) and Josef Newgarden (Penske).

“We’re really excited to welcome back Gainbridge and look forward to seeing what Colton can do in 2021,” said Michael Andretti, chairman and CEO of Andretti Autosport. “Colton’s career has been on a steady rise. We’re confident that he will continue to grow and advance, and we’ll see the #26 in victory lane soon.”

Herta told Motorsport.com that he’s optimistic that his third place in the championship can be improved upon for 2021, but admitted he still feels he has things to learn from his more experienced teammates.

“I never felt qualifying was a problem, and never felt that since joining the series,” he said, “but my problems initially were racecraft and managing an entire stint. I still don’t think I’m quite at the level of [teammate] Alexander Rossi in that regard, particularly when it comes to saving fuel while still going fast. Some tracks I’m just as good as him but I noticed this year that other tracks I struggle in that direction.

“So I’ve been working hard in the offseason, going over some data and trying to close the gap. But there are some things that Rossi does really well in the races that I’m trying to work towards now.

Herta agreed he did endeavor to make the most of his car during Andretti Autosport’s early-season difficulties in 2020, but added, “It wasn’t all me, though. I did think I was driving quite well last year, but I think on days we were struggling, we sometimes got a little bit lucky with caution periods, or the pit crew kept me in it, too. My guys had third-fastest pitstop average throughout the year, which was a huge step up from 2019, when we were something like 24th fastest on pitstops! So we definitely took advantage of other people’s mistakes.”

Herta added that the #26 will be of particular significance to him as he ran it in his formative years in karting as a nod to his father, Bryan Herta.

“Right around when I started in karting was when Dad was wrapping up in IndyCar, and he switched to the LMP2 car which carried #26.

“I’m really excited for this new partnership with Gainbridge. They’ve been a huge supporter of Andretti Autosport and IndyCar as a whole. The livery is wonderful to look at and will pop at every track we go to. I can’t wait to see that livery at the front of the field,” said Herta.