Alonso wins Indy 500 Rookie of the Year over Jones 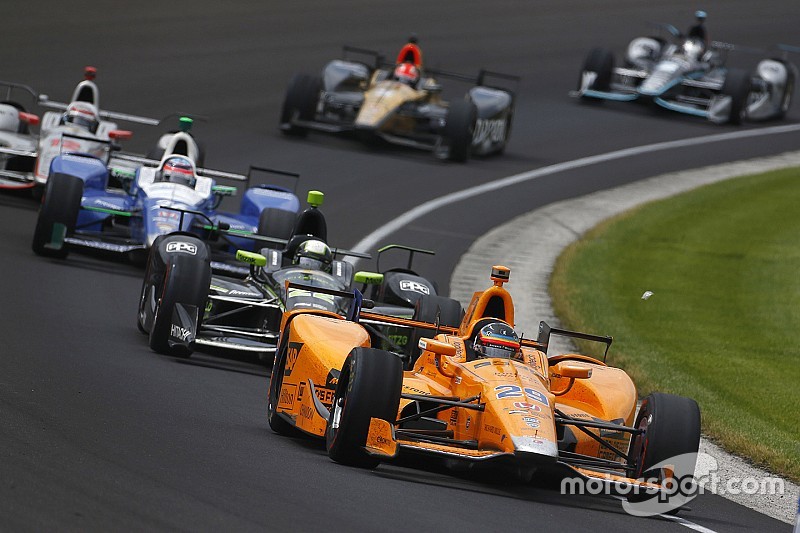 McLaren-Honda-Andretti driver Fernando Alonso has been named as Rookie of the Year for the 2017 edition of the Indy 500.

Despite having been consigned to a 24th-place finish by an engine failure on lap 179 of 200, Alonso beat the race's highest-finishing rookie Ed Jones to the honours.

Rookie honours were decided by a media vote, based off of four evenly-weighed criteria - “a) the driver’s skill, b) sportsmanship, c) accessibility and conduct during the month, d) finishing position”.

He was running seventh when the Honda engine on his Dallara DW12 failed.

Jones, the reigning Indy Lights champion, is contesting his first campaign in IndyCar with Dale Coyne Racing-Honda this year.

He ran much of his first Indy 500 outside of the top 10, but was in contention for victory late on, following Sato and runner-up Helio Castroneves across the finish line.

The Dubai-born Brit believed he would've had a good chance at victory if not for damage incurred in the big crash involving Scott Dixon and Jay Howard early on.

Frame by frame: Scott Dixon's insane crash at the Indy 500