Fernando Alonso has stated he has no plans to contest the full IndyCar season next year as part of his ongoing bid to complete the unofficial triple crown of motorsport.

By:
Gary Watkins
Co-author:
Adam Cooper
Listen to this article

The two-time Formula 1 world champion has revealed that, if he returns to the Indianapolis 500 in 2020 after his failure to qualify this year with McLaren, it will again be as a one-off.

He had previously stated that a full-season in the IndyCar Series was an option for next year, but he has now explained that he is not ready to make the commitment to do the full championship.

"If I do Indy, a one-off will be the approach again," he said. "To do the full season at the moment is too much of a commitment in terms of races.

"If you go there you should be in contention; you are not a tourist."

He explained that doing the full season would involve him racing at multiple new venues which would required extra preparation.

Alonso also dismissed the idea of contesting the races on the IndyCar schedule ahead of Indy to prepare for the big race.

"To do four or five races as preparation doesn't make sense because Indy is the first oval of the championship," he explained. "There are no other oval races you can do before to prepare — a one-off is enough, I think."

Alonso remained non-committal on whether he would go back to Indy with McLaren's nascent IndyCar squad. 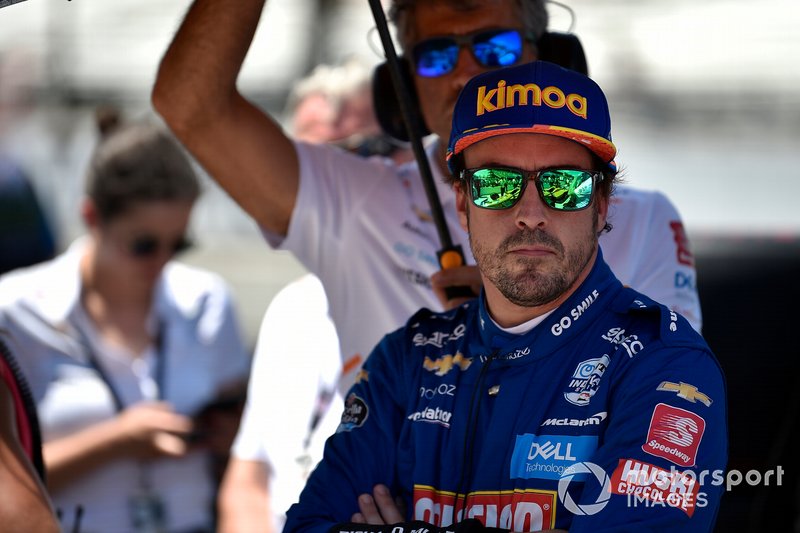 McLaren CEO Zak Brown has stressed that the company’s future involvement in the Indy 500 is not tied to a decision by Alonso to continue with the team.

“We were never doing Indianapolis for Fernando,” said Brown. “I think it would be a great story to win it with him, having won Monaco with him.

“So whether Fernando wanted to drive for us or not wouldn't drive our decision on whether we go back to Indy or not.”

Brown was also eager to point out that this year’s frustrating Indy experience has not harmed Alonso’s relationship with McLaren.

“We have a great relationship with Fernando," he said. "He’s had lots of highs and lows with us – probably arguably the more lows the last three, four seasons – and he really enjoys McLaren. McLaren enjoys him.

“He saw how close we got to making the show, and the effort we put in. So I think we're all disappointed, but it won't change the relationship between Fernando and McLaren.”

Power: Second podium of the year “felt like a win”

Nine of the 10 full-time teams will take part in a special practice session at World Wide Technology Raceway on Friday to help lay rubber down on the high line and increase passing opportunities.

Rahal Letterman Lanigan Racing announced today that the team has “restructured a new, long-term agreement” with Rookie of the Year points leader Christian Lundgaard for “2023 and beyond”.