Alonso cleared to race in Indy 500 after completing ROP 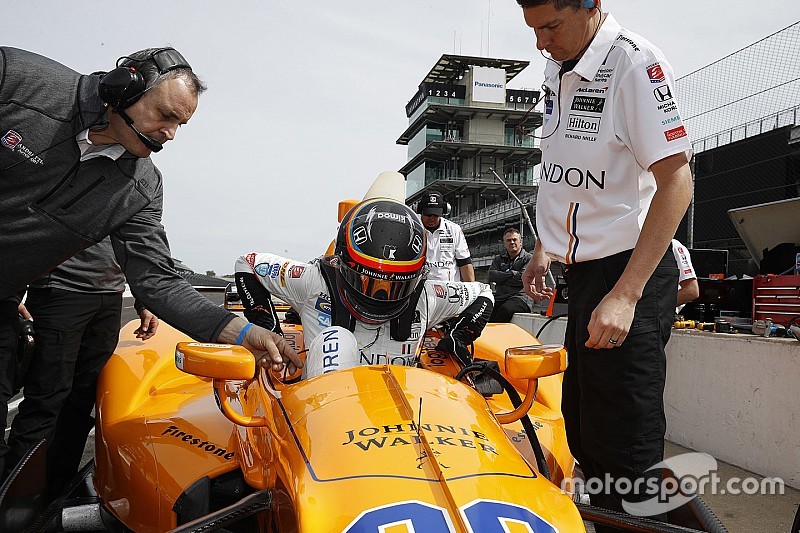 Fernando Alonso completed the mandatory rookie orientation programme ahead of his Indianapolis 500 debut in the first hour of his maiden IndyCar test on Wednesday.

Event rookies have to complete laps within prescribed speed ranges to be eligible for participation in the 500 and before they are allowed to run at full pace.

He achieved this over a total of 51 laps spread across four runs in his first hour on track in his McLaren/Honda/Andretti-entered Dallara-Honda, hitting a peak average speed of 219.654mph.

"He did exactly what we knew he could do and did it in grand style," said racing legend Mario Andretti, present at the track during the test.

Rain is now forecast during the afternoon, so the scheduled lunch break is set to be abandoned so that Alonso can complete maximum mileage on his only extra test day before the official start of Indy 500 practice on Monday May 15.

Alonso says car "was driving itself" during Indy test