Mikhail Aleshin will relinquish his Schmidt Peterson Motorsports seat to Sebastian Saavedra this weekend in Toronto, although the team is remaining tight-lipped as to why. 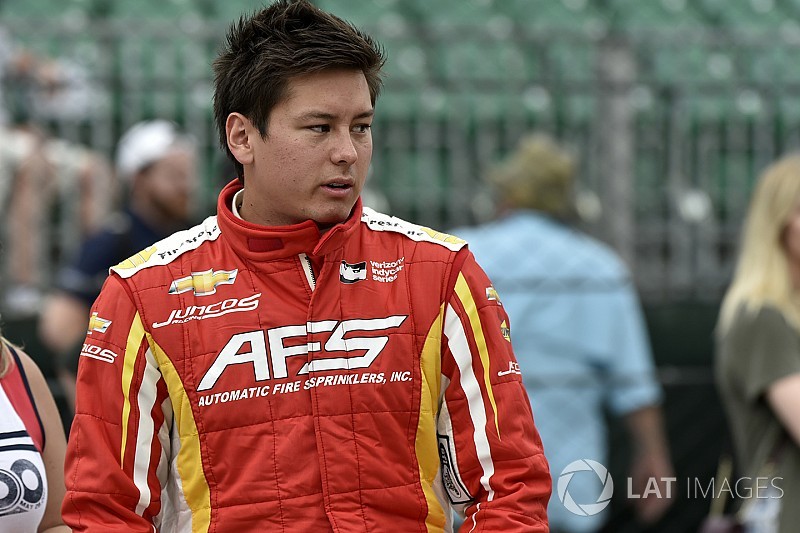 Saavedra, whose only other IndyCar outing this year was in the Indianapolis 500 with Juncos Racing, will pilot the #7 Lucas Oil Schmidt Peterson Motorsports Honda.

The ride comes with support from his longtime partner Gary Peterson, who ran AFS Racing as a competitor to SPM in Indy Lights.

It will also see Saavedra reunited with his former race engineer Blair Perschbacher, with whom he won the Indy Lights race in Toronto in 2009, on his way to third in the championship.

"We welcome the opportunity to compete with Ric [Peterson – no relation] and Sam [Schmidt] at a venue where Seb and I have had great success in the past," said Gary Peterson.

Mikhail Aleshin will be on-site for this weekend’s event supporting the SPM team. However, a press release stated that “neither the team nor Aleshin will be providing any further comments at this time.”

Aleshin currently lies 16th in the championship, with a best result of sixth. But he has been involved in several accidents this year, the most recent seeing him crashing out at Iowa while holding fourth place.