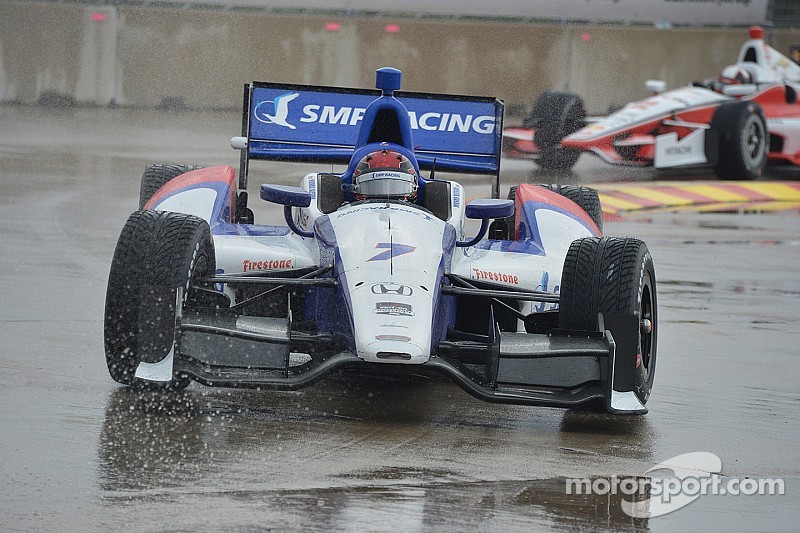 Multiple cars took damage in a massive crash caused by a slick, wet track in Toronto.

The dramas that have plagued this weekend of IndyCar action in Toronto has continued in the second race today.

When a rain shower hit the track just before Lap 15, cars were sent scattering. Race One winner Sebastien Bourdais and Charlie Kimball were forced to take the runoff area in turn eight.

Juan Pablo Montoya was not nearly as lucky, stuffing his No. 2 machine directly into the tire barrier. He was soon followed by James Hinchcliffe, who went spinning and crashing into the same tires. The incident got scary when Aleshin suddenly plowed into the back of Montoya, digging underneath the car. He then had a close encounter of the tire kind.

Montoya's car sat on top of Aleshin, and as Mikhail revealed afterwards, the tire hit his helmet. Visible tire marks can be seen on the visor of his helmet (seen below). Despite that, Aleshin said that he was more concerned about the heat from Montoya's car, which was making it difficult for him to breathe.