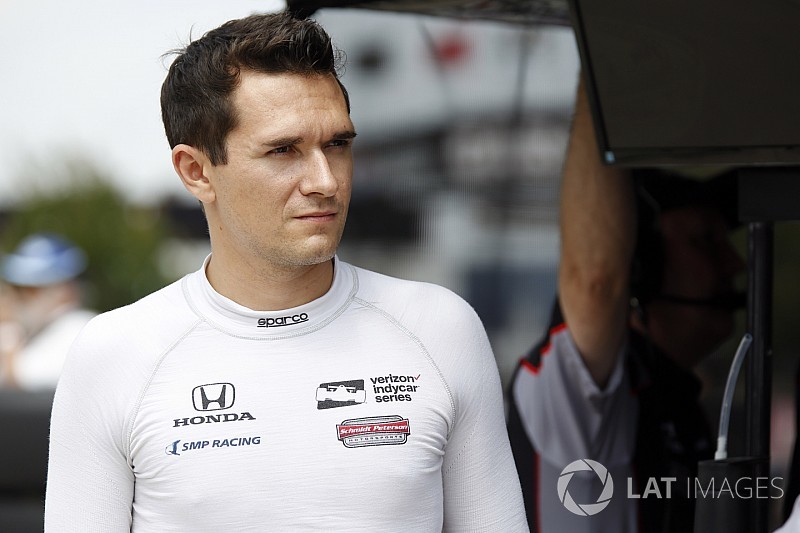 Mercedes DTM driver Robert Wickens could make a shock IndyCar debut at Road America this weekend as immigration issues have threatened the participation of Mikhail Aleshin.

A statement from his IndyCar team said Aleshin has since “been unable to leave France due to immigration issues preventing him from returning to the United States”.

It continued: “The executive team at Schmidt Peterson Motorsports has been working diligently on Aleshin’s return to America to compete in this weekend’s Kohler Grand Prix.

“However, at this time, the Russian driver will not arrive to Road America in time for any on-track sessions scheduled for Friday, June 23.”

It stressed that “no further comments about Aleshin’s immigration status will be given at this time”.

The situation has led to Schmidt Peterson calling up Wickens to drive the #7 Dallara-Honda “until the immigration issue is resolved”.

Wickens, the 2011 Formula Renault 3.5 champion, had his first IndyCar test back in February with Schmidt Peterson Motorsports as part of a ‘car swap’ with friend and fellow Canadian James Hinchcliffe. That run was his first time in a single-seater since a Marussia Formula 1 test at the end of 2011.

He will take part in the Friday practice sessions, with no timeframe given for when a call will be made for qualifying and Sunday’s 55-lap race.

Gutierrez confirmed at Coyne for remainder of 2017