A million dollar payday for "Dixie"

Star studded banquet hands out awards to the winners in the IndyCar series.

Less than 24 hours after winning his third IZOD IndyCar Series championship, Scott Dixon got his chance to celebrate.

Dixon and Firestone Indy Lights champion Sage Karam - along with other drivers, teams and manufacturers - were recognized during the INDYCAR Championship Celebration at the Globe Theatre at Universal Studios Hollywood.

"It still feels surreal because it was such an up-and-down year," Dixon said. "I think the other times, getting so close, you feel like you're never going to get there again. To go through the trials and tribulations of the year and for the team to pull through and try to get back to the top and win, this one feels pretty special and very different from the other two we've won." 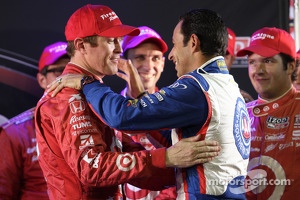 In addition to the championship bonus, Dixon accepted the Jostens Champions Award, a ring valued at $10,000.

Helio Castroneves of Team Penske was honored as the second-place finisher in the championship while Simon Pagenaud of Schmidt Hamilton Motorsports was honored for finishing third.

"When I woke up this morning and it really hit me. I was like, 'Wow, we did it,'" Karam said. "The season went well and we had an awesome time and I learned a lot. We had some bad luck, but turned it around and came out on top. I love my team at Schmidt Peterson Motorsports. They do an awesome job and it's an incredible team to be part of." 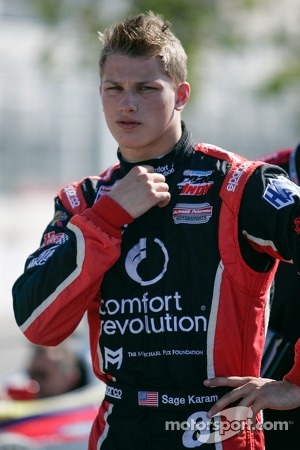 Carlos Munoz was awarded the $3,000 "Securing Tomorrow Award" from Gregory & Appel Insurance for winning the most races, while Peter Dempsey was named the winner of the Greg Moore Legacy Award.