Marcus Ericsson impressed the Schmidt Peterson Motorsports-Honda team with his enthusiasm and professionalism at Sebring today, as the ex-Formula 1 racer completed his first ever IndyCar test.

According to SPM’s new general manager Taylor Kiel, the 28-year-old Swede completed “around 100 or 115 laps” of Sebring’s short course, going through five sets of tires as he adapted from the Sauber-Ferrari Formula 1 car he raced in Abu Dhabi just nine days ago to the Dallara-Honda IndyCar.

“Today was about gaining information we needed about him and his driving, and answering questions I’m sure he had about how IndyCars work and how we operate,” Kiel told Motorsport.com. “We needed to know about his driving style and his feedback, and I think we answered a lot of questions we had about each other. 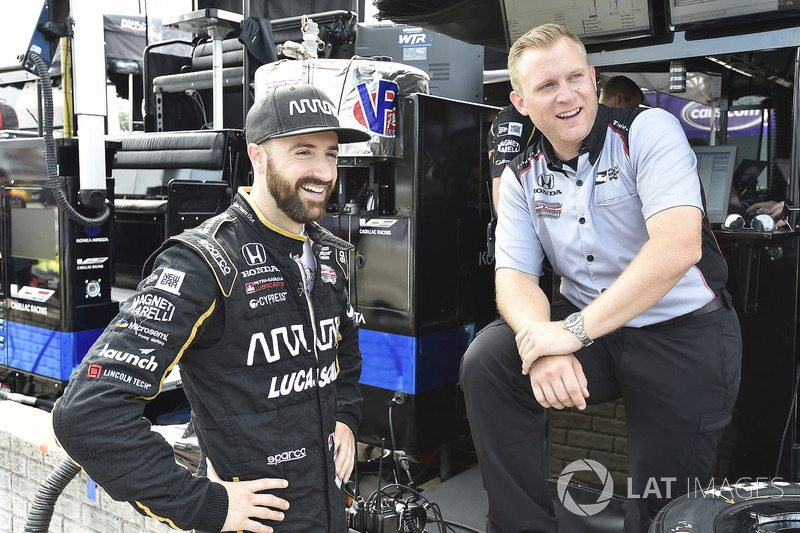 “And it went really well. He was very prepared, he did everything we asked of him, and he was very receptive to coaching. We had already flooded him with literature and had a bunch of meetings to give him the best opportunity to be prepared, and I’ve got to say he had clearly done his homework. He aced it.

“He understood all the controls in the cockpit and what difference they’d make, and just got on with it. So after just a couple of runs we were able to get on with the test program. My expectation was that it might take a while to get him comfortable, but he was actually ready to really get going with the test by the end of the second run. That was very encouraging.”

Because of his focus on finishing the Formula 1 season well with Sauber, Ericsson arrived at Sebring without any time on Honda’s simulator, so Schmidt Peterson had been relying on its newest driver to prepare himself. In the words of Kiel, “he knocked it out of the park in that regard.”

Kiel was also encouraged that, as with Robert Wickens who proved such an exceptional rookie for the team until his horrendous shunt at Pocono, there will likely be considerable overlap between Ericsson’s favored setup and that of team incumbent James Hinchcliffe.

“Obviously we’ll get deeper into the data tonight and tomorrow, but I’d say the initial impressions are that Marcus brings a lot of what James brings to the table in terms of driving style,” said Kiel. “I’d say he was a mix of what James likes and what Robbie likes, and as we discovered last year, there was already a lot of common ground between those two. What worked for one driver would often work for the other.

“We came here with a setup that Robbie was very comfortable with for his debut at St. Pete this last season [in which Wickens grabbed a remarkable pole position in wet-dry conditions] and that solid baseline worked for Marcus. We then made changes throughout the day but ultimately came back to that setup.

“So I’m cautiously optimistic that the commonality between James and Marcus will allow us to try a different avenues with one car in practice sessions, knowing that if they don’t work, the other guy’s still got a setup that will work for both.”

Kiel said that even before the test, the SPM team had tried to reduce the culture shock for Ericsson, switching from the pool-table-smooth Yas Marina track less than two weeks earlier to the bump and grind of the patched and pock-marked Sebring course.

“Yeah, we got that all out of the way early,” chuckled Kiel. “We took him around in the rental car as soon as we could this morning and said, ‘Hey, let’s be honest. This is an old airfield from World War II era, and it’s bumpy, dirty and our best representation of some of our street courses.’ And he was fine with it. He said, ‘Yup, cool, whatever.’ He just got on with it; didn’t have the attitude of, ‘Oh God, can’t believe I’m driving a racecar here!’

“He just remained positive and absolutely ready to work. I mean, yeah, it’s a big thing to be in F1, but he understands what the landscape is like there at the moment, and he sees IndyCar as an opportunity to experience something quite different, and he’s jumped in with both feet. I see nothing but exuberance and a strong work ethic that makes me very excited about the year ahead. It’s refreshing.”

IndyCar grants rookies two extra days of testing in the season ahead, but the focus for SPM will now be on three team test days, when Ericsson can work directly with and test alongside teammate Hinchcliffe.

So far Ericsson’s only comparisons in terms of pace were the other three cars that were testing at Sebring today, the Penske-Chevrolets of the 2014, ’16 and ’17 IndyCar champions Will Power, Simon Pagenaud and Josef Newgarden, but even then, Kiel said there was no knowing what fuel loads or tire life their rivals had.

“All we can say is that we were relatively where we expected to be,” he commented. “But it’s tough to judge here. We left Sebring with James and Robbie last year half a second off the Penske guys and hanging our heads, and then we showed up at St. Pete and it was a different story.

“So less important than lap times today was getting Marcus confident in the racecar. Yes, speed-wise we were in the ballpark, but more importantly for us was that we achieved our team goal of knowing that he was in a place where he went through five sets of tires, 100-115 laps and he now has a few weeks to go through everything he learned today.

“Physically he commented on the demands of driving a car with no power steering, but actually he’s in excellent shape, and he knows all about high-G cornering and staying lean. He’s checked all those boxes. No worries at all about his fitness.”

Tickets for all IndyCar races now on sale