4th - the best result for Andretti Autosport at Toronto by Marco 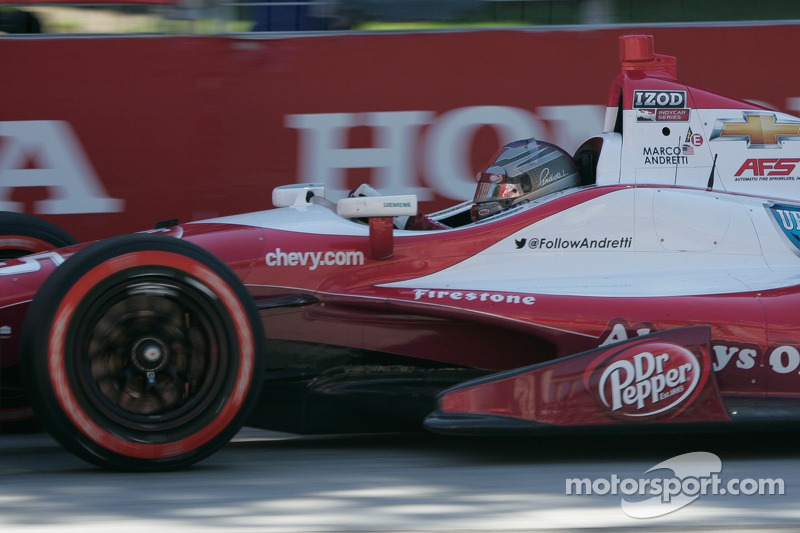 
Starting from the 10th grid position, the Marco Andretti jumped into fifth place after the fourth restart around the streets of Toronto. The third-generation racer remained consistent on the 11-turn circuit conserving fuel and getting the most mileage out of his tires during the 85-lap race. The 26-year-old crossed the finish line in fourth today in his Dr Pepper Chevy, and for a brief time was shown as the third-place finisher due to a post-race penalty assigned to Dario Franchitti. The penalty has been rescinded and Andretti remains in fourth. 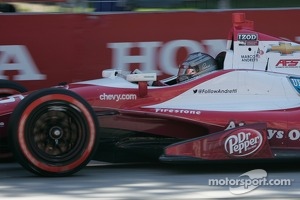 "I just hung in there, honestly. I mean, I lost my strong suit today. I could not get up on cold tires. I think that really hurt me in the second stint. Then got together with a couple of guys, Hinch (James Hinchcliffe) one of them, got shuffled way back -- lost a ton of ground there. But we just kept our head down and hammered. The third stint I guess made up most of our time, stayed out of trouble. Had some decent pace at the end of the stint, which I think is where we were making up some time. It's an attrition race, try to minimize mistakes. So that helped as well. Tomorrow I better come ready. I start 18th. Definitely got my work cut out tomorrow, but we can do the same thing tomorrow."


Starting from the 13th grid spot in the No. 27 Chevy, GoDaddy driver and hometown favorite James Hinchcliffe recorded his career best Indy Toronto finish today when he took the twin checkers from the eighth position. Hinchcliffe will start tomorrow's race from 12th.

"It was a dog fight out there today. This place is so tough and this series is so competitive. To start 13th and pick up a couple spots to finish eighth in the GoDaddy car - I'm happy with that. We weren't the quickest car out there by any means but we fought through a couple that were thrown at us. We got hit on that second to last restart, the guys were great in the pits, the strategy was good and the good news is we have another chance to try tomorrow, get the car a little better and see what we can do. Top 10, thanks to the fans for all their support, it was awesome out there today - I'm upset we couldn't do the standing starts, I was looking forward to that but maybe another day." 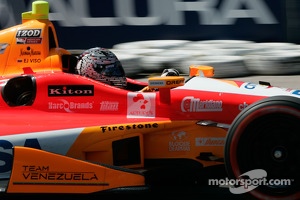 Shown as high as fifth place during today's first of two races on the 1.75-mile temporary street course in Toronto, Viso fell back to 18th after two rounds of pit stops and becoming stuck behind traffic. The Venezuelan ended up bending the left rear wishbone on the No. 5 car with less than 10 laps remaining and chose the safety of the car over risking a higher finishing position; E.J. Viso finished in 14th.

"Well it was definitely a very tough race. I think we did a very good job in the first half of the race - we had a good strategy and very good pace. Unfortunately, we had a bad (pit) stop that put us behind a pack of cars that became very difficult to pass them and stay with the front pack, and it seemed we lost everything then. The very last part of the race, I had a very slight touch in Turn 1 with (Alex) Tagliani and bent the left rear wishbone. I needed to finish the race like that, losing a few positions to save the car for tomorrow."


Defending race winner Ryan Hunter-Reay took the green flag for today's rolling start (standing start was aborted after a competitor stalled on the grid) from the sixth position and gained two spots on the opening lap to run fourth, his highest position of the day. After a couple pit lane delays and an extended stop for a new front nose in the closing laps of the race, the American was the 18th car to take the twin checkers. Despite the finish, Hunter-Reay remains second in the points fight heading into Race Two tomorrow, where he will start fourth.

"Not an ideal day. We had two stalls in the pit lane and then were making some moves, making our way up on track, and then racing with E.J. (Viso) there I just got held down in the marbles on the inside and collected all that stuff on my tires. I came down into (Turn) 3 and locked up the right side. A frustrating afternoon, but I hope we can regroup overnight and improve on the car. I didn't feel confident at all under braking today and had some issues with it. The four cars, we'll put our heads together and hopefully come out a better team tomorrow."