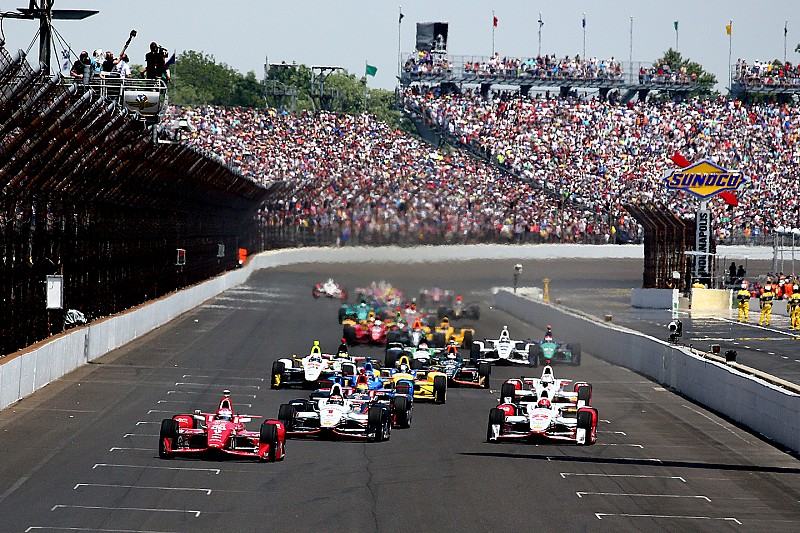 Neither Chevrolet nor Honda are aiming to power more than 17 cars for the 100th running of the Indianapolis 500, although both marques have stated they would look at potential ‘extras’ on a case-by-case basis.

While there had been talk of up to 38 entries for this year’s Indy 500, Motorsport.com understands this is now looking highly unlikely. Should the 34-car entry list be achieved, there will be a Bump Day during qualifications at Indianapolis, but only one car will fail to make the grid.

IndyCar’s president of competition Jay Frye told Motorsport.com: “Our contracts [with the manufacturers] is based on minimums not maximums. The contracts say a minimum of 17, and they can do more than that.

“But that’s in their arena, not ours. Our formula was basically set to ensure we had the correct supply and the 33-car grid was filled. So each manufacturer committed to produce engines for at least half of the field.”

Since manufacturer competition returned to IndyCar in 2012, Honda and Chevrolet have each won the Indy 500 twice – Dario Franchitti and Ryan Hunter-Reay in 2012 and ’14 with HPD units, and Tony Kanaan and Juan Pablo Montoya in ’13 and ’15 using the Ilmor-produced Chevy engines.

Both manufacturers have said they would look at all programs that approach them with a strong plan and adequate funding, but neither indicated there was any chance of suitably attractive prospects as of early April.

Art St. Cyr, president of Honda Performance Development, said: “We are fielding – as always – at least 17 engines. We may go to more, depending on the program. But the limiting factor, quite frankly, is having someone to run the cars.

“It’s not about how many engines we can make but about having engineers to run them. We don’t have engineers on standby waiting to run extra cars above and beyond the extras that come for the Indy 500.

“Having said that, given the right program, we have enough experience at HPD that we can support potentially more than 17 cars.”

However, St. Cyr added that team quality was high on Honda’s list of priorities.

“We’re in the Indy 500 to win, not just participate,” he said, “so our expectation is that anyone running Honda engine has a chance to win the race. We’re not looking to add field fillers. That doesn’t make sense.”

Mark Kent, Chevrolet’s director of motorsports competition, commented: “We highly value our partnership with IndyCar and we share a common goal of making the 100th running of the Indianapolis 500 something special.

“Therefore, while we currently plan on supporting up to 17 entries, we’d fully explore supporting even more if the field grew beyond 34 entries.”

Motorsport.com understands that the provisional 33-car field for the 100th Indy 500 reads as per the table below.

The driver of the third Schmidt Peterson Motorsport entry has not yet been identified, as a wary Sam Schmidt has indicated that his choice depends on IndyCar’s decision over domed skids.

A 34th entry, Chevrolet’s 17th, would likely come from AFS Racing, although sources suggest that team owner Gary Peterson may loan out his car if his plans cannot come together in time. However, should it remain an AFS entry, Sebastian Saavedra is thought favorite for the seat, with Stefan Wilson as another strong possibility.

IndyCar at Phoenix: “Adjustments needed for 2017”