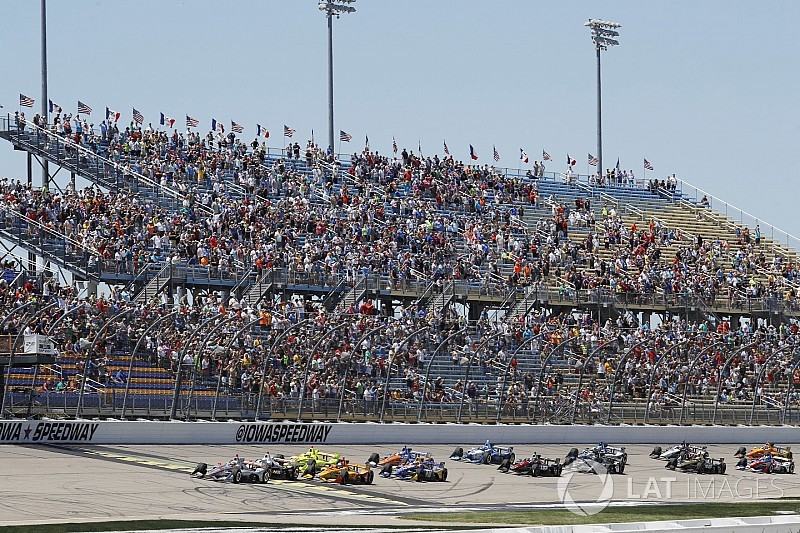 Next year’s Iowa Corn 300 will be held on the evening of Saturday, July 20.

The popular night-race on the 0.894-mile oval Iowa Speedway near Newton only switched to Sunday afternoon in 2016 due to a TV clash with NASCAR, and crowd numbers appeared to suffer.

However, shifting the date two weeks later has allowed IndyCar to once more revert to Saturday, with ARCA again serving as support series on the Friday night.

As well as being likely to attract spectators from a greater distance, a Saturday race allows the series and track some leeway to run on Sunday, should there be a rain-out in its original slot.

The day/date change was revealed on the Iowa Speedway website, while the Indy Star is reporting that IndyCar will confirm it later this week.