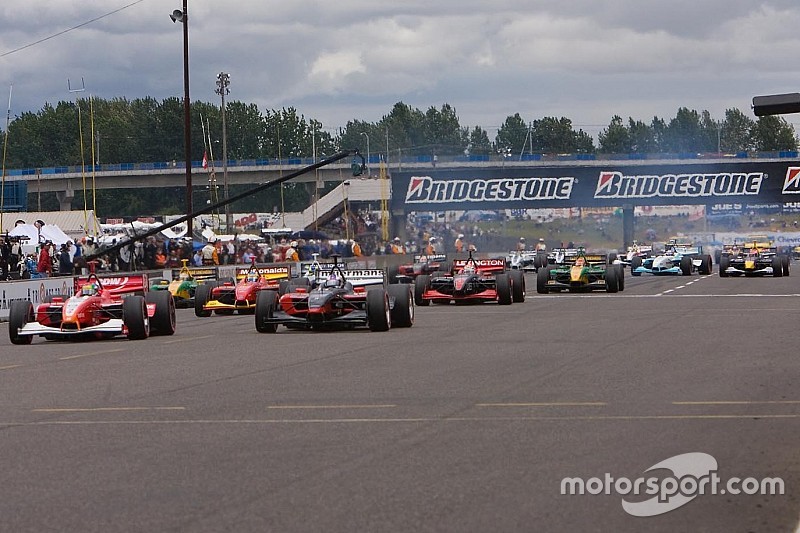 Portland International Raceway will make a return to the Indy car schedule in 2018 after a 10-year absence, replacing Watkins Glen on Labor Day weekend, while Mexico City is provisionally set to make a comeback.

Watkins Glen was added to the IndyCar calendar in 2016 as a hasty replacement for the stillborn street race in Boston, and its low attendance figure that year was put down to the lack of time available to promote the event. However, this year’s crowd figure was similarly paltry, and so the classic 3.377-mile course is to be replaced directly on Labor Day Weekend by Portland International Raceway.

The 1.967-mile venue in Oregon held 24 CART/Champ Car races from 1984 through 2007, but fell off the calendar following the Champ Car/Indy Racing League merger. However, NZR Consulting’s Tony Cotman, who designs street courses and advises on changes to extant tracks, told Motorsport.com earlier this year that the facility was basically usable but would need some upgrades.

“The strength and consistency of the Verizon IndyCar Series’ 2018 schedule is something all of us should be proud of,” said Mark Miles, CEO of Hulman & Company, which owns IndyCar and the Verizon IndyCar Series. “We’re also looking forward to continuing the upward trend of the series through the introduction of the universal aero kits, which testing has shown to be an exciting product.”

Although not mentioned in IndyCar's press release, it is believed a provisional date is being held in March for IndyCar to race at the Autodromo Hermanos Rodriguez, Mexico City, another venue that last saw topline U.S. open-wheel in 2007. Both the horrendous recent earthquake in the area, and the compressed amount of time to promote the race, are thought to be contributing factors in the deal not yet being completed.

Another possible date for Mexico City's inclusion would be August, making it a direct replacement for the World Endurance Championship: Autodromo Hermanos Rodriguez does not appear on the 2018 WEC schedule.

The inclusion of Mexico City would be a major boost to the hopes of ex-F1 driver Esteban Gutierrez finding a ride within the series, since it is believed that having at least one Mexican racer on the grid is a condition of the event going ahead.

Elsewhere on the calendar, Phoenix moves from its late April date in 2017, to the first weekend of April. This means there are two occurrences of three straight races on consecutive weekends – Phoenix/Long Beach/Barber and Pocono/Gateway/Portland, although these are dwarfed by a torrid five week spell, with GP Indy, Indy 500 qualifying, Indy 500, Detroit double-header and Texas Motor Speedway on consecutive weekends.

Pagenaud on first 2018 IndyCar test: "The series has got it right"