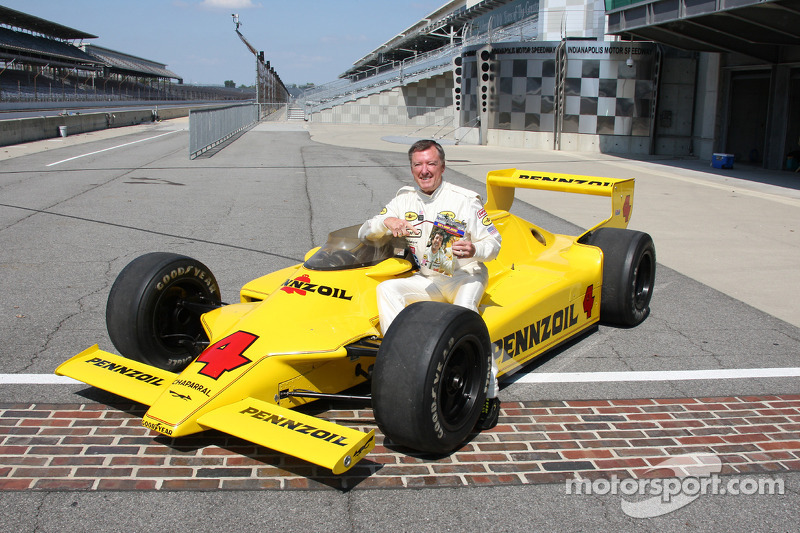 Following a year that most, if not all of the IndyCar paddock wanted to forget at Indianapolis, the United States Auto Club made sweeping changes to both the cars and the track for the 1974 running of the Indianapolis 500.

As a result of several accidents, the fuel tank was reduced in size to 40 gallons and moved to the left side of the car. The rear wing dimensions were cut drastically and turbocharger boost pressure was limited, too. Speeds dropped and the elusive 200 mph barrier would not fall yet.

The track saw numerous changes made to it. The “track boxes” that lined the main straight for up close and personal spectator seating were removed as a result of Salt Walther’s crash from 1973. New walls were installed and the pit area was lengthened to the north. In addition, the slanted wall that lined the northern part of the main straight before the pit lane was removed and the entire area was paved, leaving a large amount of room for cars to leave the track to head to the pits instead of making a sharply angled turn into the pits from the main straight. There was a new flag stand constructed for the race where Pat Vidan could wave the green flag from well over the track surface instead of at ground level.

As a result of the energy crisis, auto racing all over the country was feeling the metaphorical squeeze. At Indy, qualifications were limited to two days instead of the usual four and practice started later in the day than previous years. 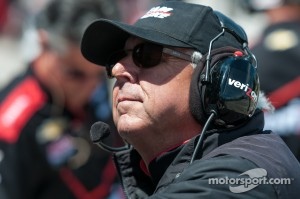 Those off-track actions did not change who was up front, as AJ Foyt grabbed pole position. Wally Dallenbach was in the middle of the front row with a large turbocharger that eventually contributed to his low finish and Mike Hiss rounded out the front row. The second fastest qualifier was Johnny Rutherford, and he ended up starting 25th after forfeiting his position in the opening day qualifying line because of a blown engine.

Many cars were left in the qualifying line when the final gun sounded on bump day. A few car owners filed a lawsuit to get qualifications reopened, but they were unsuccessful.

At the start of the race, Wally Dallenbach took the lead and ran quick for the first couple of laps, but it all went for naught as he burned a piston and fell out on lap 3. The first few laps of the race were rife with engine difficulties, as Dallenbach, Dick Simon, Gary Bettenhausen, Mario Andretti, Mike Mosley and George Snider were all out of the race before 10 laps were completed! 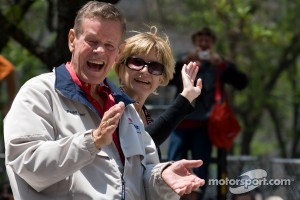 Foyt then took the lead, but Rutherford was charging through the field and by lap 25 Rutherford was in 2nd place after starting 25th. However, the first quarter of the race belonged to Foyt, who only relinquished the lead for pitstops. However, his third stop on lap 64 proved to be very costly, as it took nearly a minute while Rutherford’s stop was 40 seconds quicker. However, Larry Cannon had a problem on the track and brought out the yellow flag, so the time lost wasn’t as great as it could have been under the green.

Rutherford led for the next 60 laps as the race proceeded without many incidents, as the only heavy wall contact of the day occurred when Jerry Karl spun and hit the wall in turn 3 on his 115th lap. It was after the yellow for Karl’s incident that Foyt retook the lead from Rutherford.

The two remained close on track until Foyt started smoking and was issued the black flag. On lap 142 he was out with a broken scavenger pump.

Rutherford had nearly clean sailing after that, except for a very close call with Pancho Carter late in the race. Rutherford went low to lap Carter in turn one, and barely cleared Carter when Carter spun, nearly collecting Jim McElreath in the process. Carter luckily did not hit the wall, resumed to finish 7th and collected rookie of the year honors. 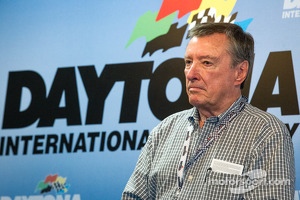 Bobby Unser finished 2nd and Bill Vukovich II backed up his 2nd place finish from 1973 with a 3rd in 1974. Gordon Johncock recovered from running out of fuel early in the race to finish 4th and David Hobbs rounded out the top 5 as the highest placed foreign born driver in the race.

The race was a complete turnaround from the events of 1973 and was also the beginning and end of different eras. It was the last 500 for Jim Hurtubise, as he tried in annual futility to qualify a front engined car in the races after 1974. It was also the last 500 for Firestone, as the company took a two decade break from Indianapolis to return in 1995.

The 500 was the first for new USAC chief steward Tom Binford, who would remain in that position through 1995. It was also the first 500 for Jerry Baker and Paul Page on the IMS radio network, as Page was brought in to help cover the pit area since the pits were expanded and Baker was on the backstretch.

Thanks to Carl Hungness for various facts and figures that contributed to this story.

Will they ever trade paint?