Telitz strikes back with race two victory at St Pete 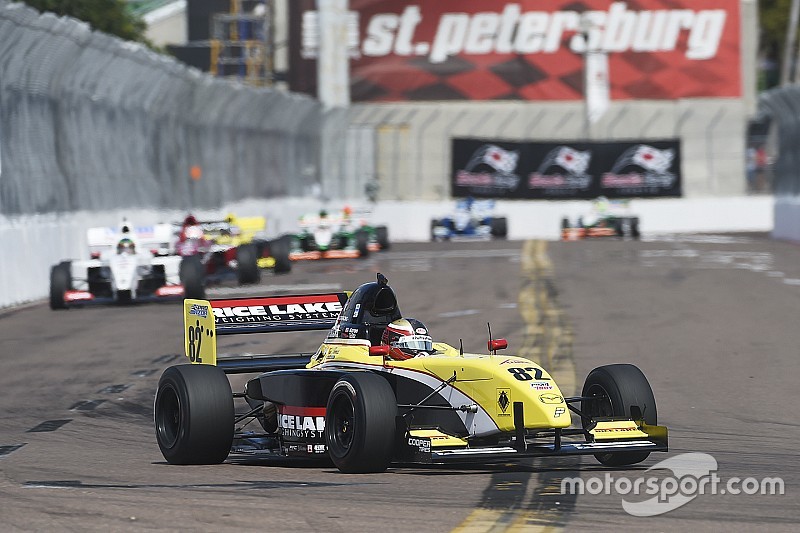 Telitz led from pole ahead of O’Ward, the lead duo pulling clear of Nico Jamin and Weiron Tan, as Jake Eidson fell back from his second-row start.

Tan took third from Jamin on lap two, to make it a Team Pelfry 1-2-3, as Jake Parsons further demoted Eidson to take fifth.

F2000 graduate Telitz withstood immense early pressure from O’Ward before easing away to a 2.7s win.

Jamin was best of the non-Pelfrey cars in his Cape/WTR entry, although the duelling Parsons and Will Owen kept him in sight to the finish, as Eidson lost another place in the closing stages to finish seventh.