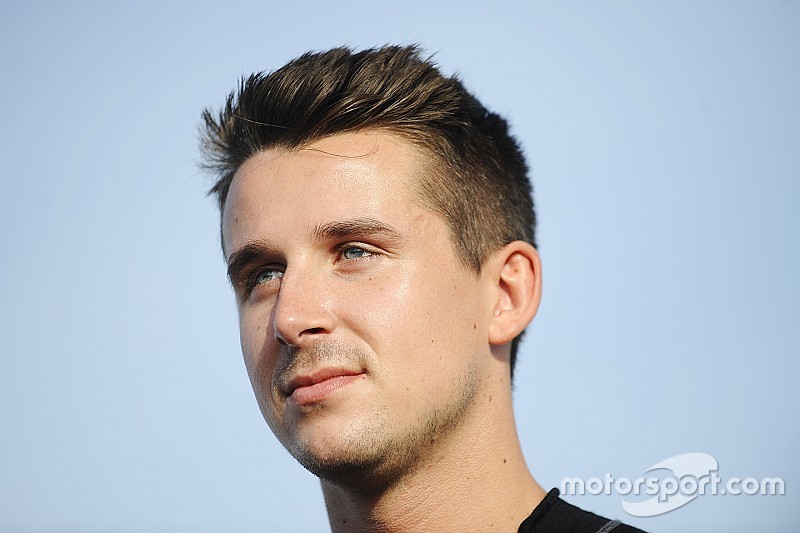 Leading Edge Grand Prix, which is switching from the F4 US Championship to Pro Mazda for this season, has signed Max Hanratty for what it intends to be a three-car lineup.

Hanratty raced full-time for ArmsUp Motorsports in USF2000 in 2015, and continued that partnership for the first half of 2016, while also competing in the IMSA Prototype Lites series, a campaign which yielded fourth in the championship

On returning full-time to open-wheel racing, he said: “I am excited to be joining Leading Edge Grand Prix for the 2017 Pro Mazda season. The LEGP crew have been in the racing industry for over 20 years and I have confidence in their ability to provide a car capable of winning races.

“Racing in USF2000 and IMSA with the Prototype Lites series, I feel confident in my ability to adapt to the new car. Andersen Promotions has done an incredible job with the Mazda Road to Indy program providing a path and scholarship system. There’s a lot on the line and I’m grateful to be able to compete for it. I want to thank my sponsor SynerComm Inc and [LEGP’s managing director] John Lewis for giving me this opportunity.”

Lewis stated: “Max has shown great promise in USF2000 and IMSA Prototype Lites and we expect some tremendous things from him in Pro Mazda this season. Leading Edge Grand Prix will give Max every avenue of support to enable him to have every opportunity to win the Championship.”

Leading Edge Grand Prix finished second in last year’s F4 US championship, but Lewis declared: “We are excited about this season in Pro Mazda and being part of the Mazda Road to Indy (MRTI) ladder. Pro Mazda provides without a doubt, the best bang for the buck of any junior open-wheel series in existence today. Where else can you win more than twice what it costs you to race? It’s a pretty phenomenal deal.”