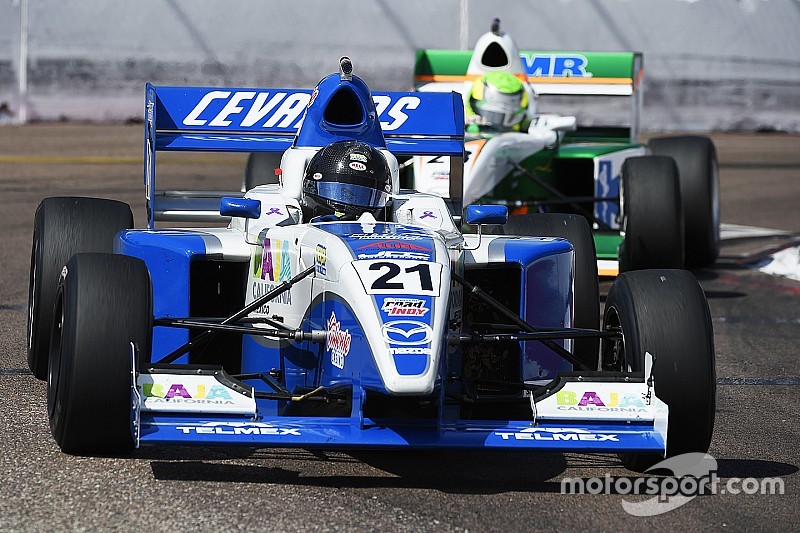 Jorge Cevallos, who made his Pro Mazda race debut at the Grand Prix of St. Petersburg, will retain his seat at JDC MotorSports for the rest of the 2016 season.

The rookie scored a seventh and a ninth in his debut at St. Pete and tested with the team at Blackhawk Farms Raceway in Illinois, in preparation for this coming weekend’s event at Barber Motorsports Park

Cevallos has been battling back from ulcerative colitis since 2014 and while the recovery process continues with a focus on conditioning, the 21-year-old has resumed his racing career and expects his performance to improve all year long.

JDC team principal John Church said: “We’re thrilled to have Jorge with the team for 2016; he’s truly an inspirational story for anyone who wants to go racing.

“His performance at St. Petersburg was strong, and we’re looking forward to see what he’ll be able to do as the year progresses.”

Cevallos was racing with Fortec Motorsports in European Formula Renault 2.0 in 2014, when his season was curtailed early in order to seek diagnosis of his health issues.

Out of action in 2015 as he recovered from surgery, the 21-year-old Mexican resumed racing this season, and is said to be improving his strength and stamina now that his illness is being managed properly.

He commented: “The whole JDC MotorSports team is really motivated for Barber. For me, personally, being back on the race track at St. Pete felt like a win, and to come out of it with a double top-10 gave us a lot of motivation working towards Barber.

“We've worked hard and hope to turn a few more heads early in the season.”

Telitz strikes back with race two victory at St Pete