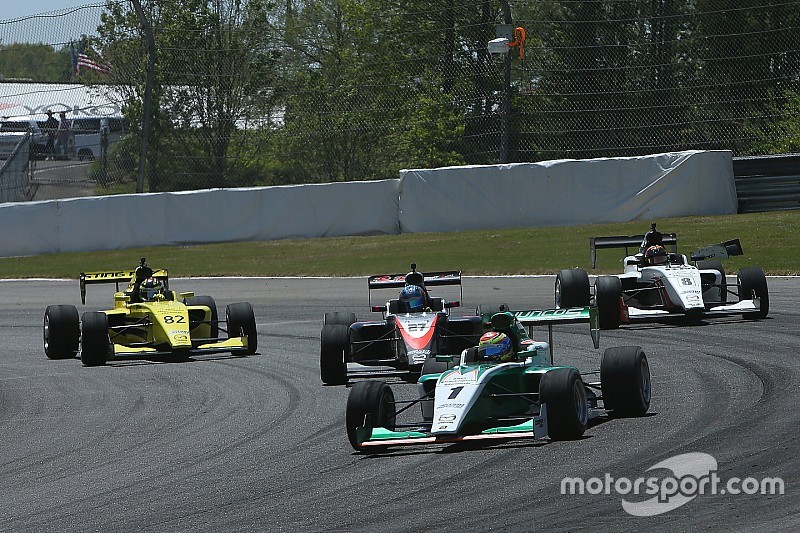 The middle step on the Road To Indy is to be rebranded as Indy Pro 2000 Championship presented by Cooper Tires, following Mazda’s decision to end its title sponsorship of the RTI.

Fitting in between the entry-level Cooper Tires USF2000 Championship and Indy Lights Presented by Cooper Tires, Indy Pro 2000 will continue to use the Tatuus PM-18 introduced for the 2018 season.

Star Mazda began in 1991, and rebranded as Pro Mazda for 2013 when Andersen Promotions began running the three Road To Indy series.

Dan Andersen, owner and CEO of Andersen Promotions, said: “We are indebted to the tremendous support of Mazda over the past nine years, but now, as the Road to Indy Presented by Cooper Tires legacy continues to grow, we feel the time is right to introduce a new look as we head into a new season.

“The Tatuus USF-17 has been hugely successful from the time it was introduced in USF2000 two years ago, and since the same chassis – along with some considerable enhancements – forms the basis for the PM-18, it makes sense to incorporate this into the name evolution while also strengthening our ties to IndyCar.”

The rebranding will go into effect immediately on the Indy Pro 2000 website (indypro2000.com) and social media platforms with the new handle of @IndyPro2000 on both Twitter and Facebook. Instagram will feature all three series under Road To Indy Official.